Mammals aren’t the only animals you can build a bond with. Fish, reptiles, insects, and other animal species can be your best friend, especially when you find a connection with them. Even cold-blooded reptiles make lovely pets. There are wonderful and heartwarming stories about humans having an incredible friendship with reptiles. Their species are often deemed dangerous and scary, but they are more than those personalities. 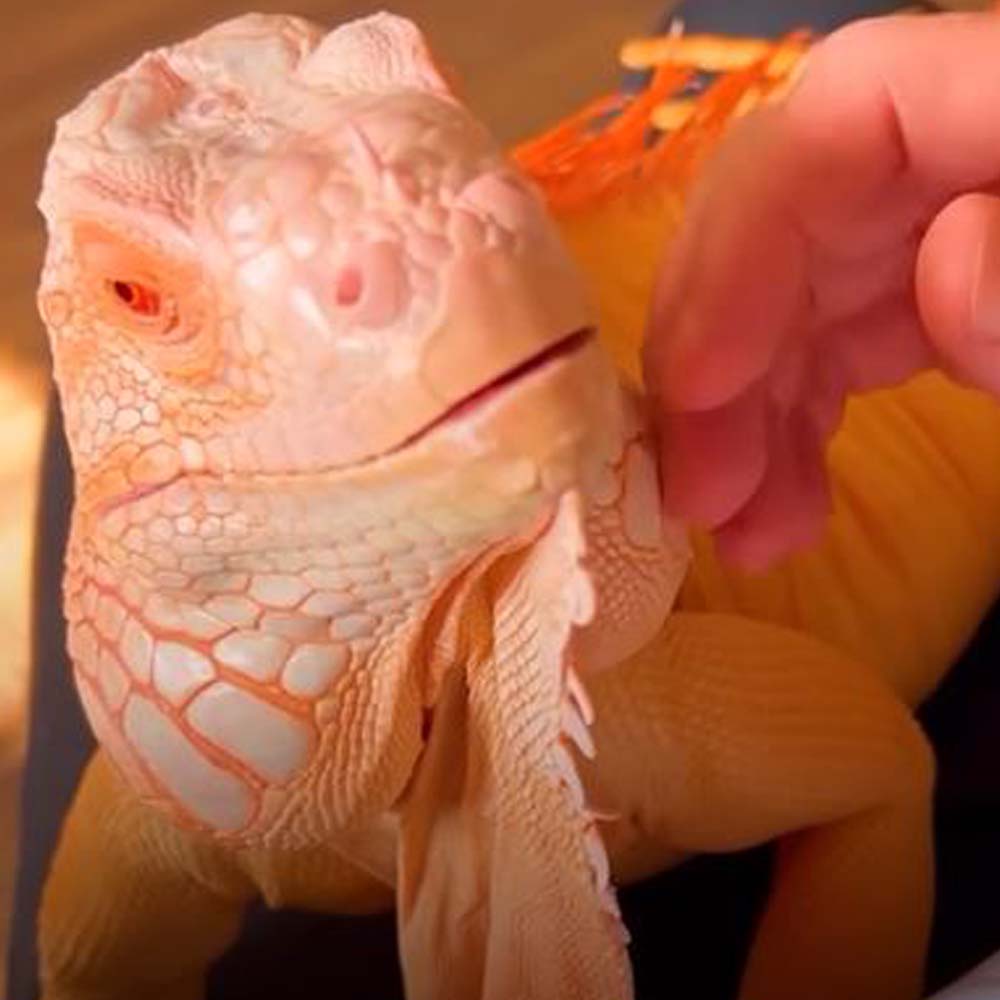 Alexey Kashpersky, a Ukrainian Creative Director at Newt Studios, was able to show how a reptile became his soulmate. He owns a blind orange dragon — not like the ones the mother of dragons raised, but rather an Iguana with a rare condition. Apparently, Tamerlan is an artificially produced iguana morph, which made his skin orange. His condition is Albino Super Crimson Iguana, and aside from the orange skin, he was also born blind. 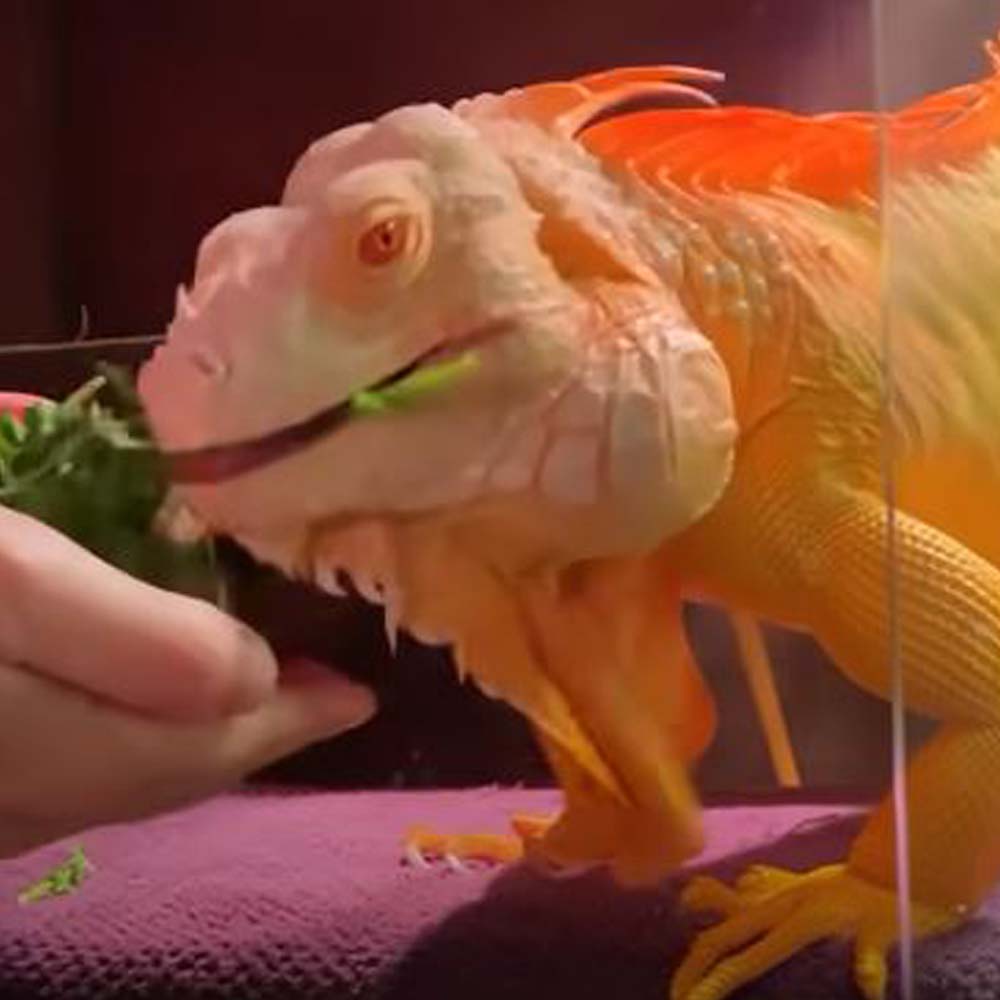 Despite Tamerlan’s condition, he was welcomed by a home providing him with the best. Alexey shared the blind dragon’s daily routine with The Dodo. Tamerlan’s day begins with sunbathing — soaking all that warmth from the sun, which all reptiles love to do. It’s also necessary since Tamerlan is a cold-blooded animal who needs to regulate his body temperature.

Alexey showed the pampering hours included in Tamerlan’s daily routine, from 1 pm to 3 pm. He has to take a bath first, then has his nails trimmed, and eats afterward. “I want to think that it’s love. I’m just making sure all he needs for his healthiest lifestyle is there,” Alexey said. After physical pampering, Tamerlan gets some cuddles with his plush toys. His favorite is the green one, and Alexey explained that Tamerlan loves sleeping with it. The blind dragon seems to feel comforted by the presence of his green plushie. 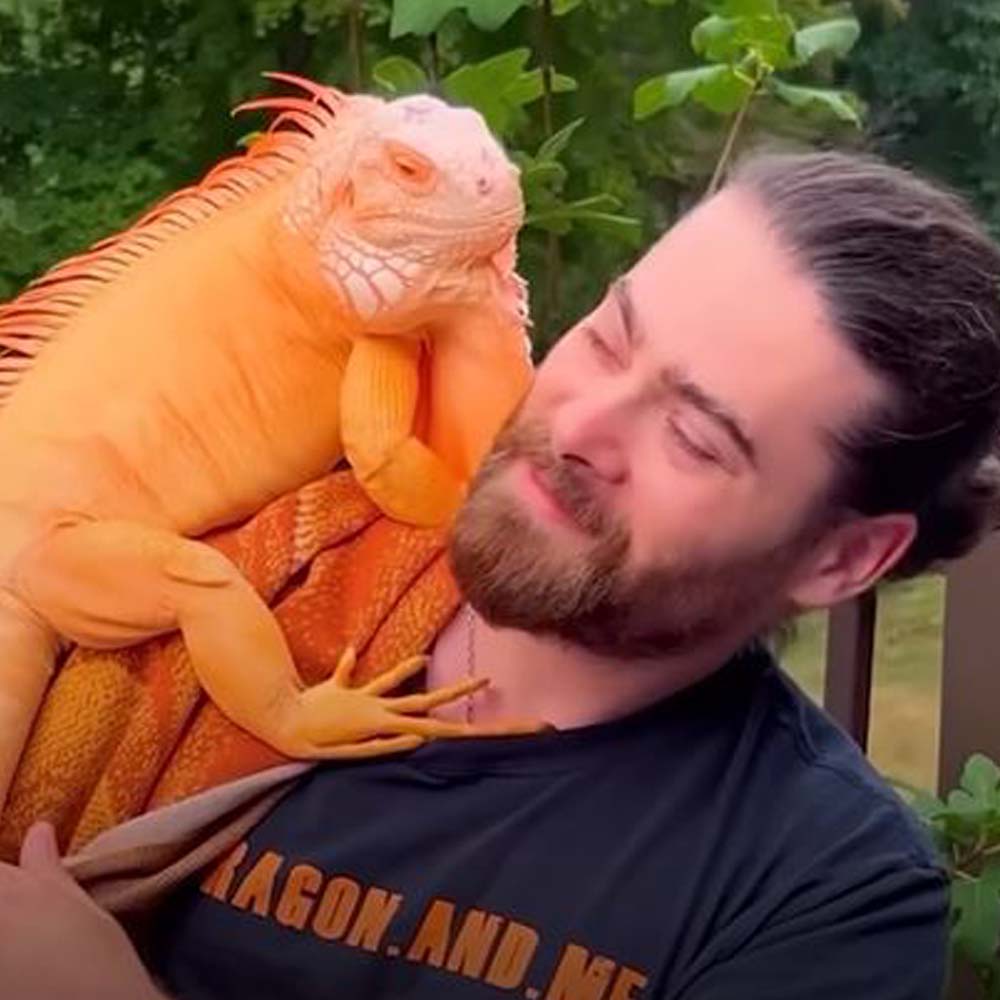 Alexey’s wife was also supportive of having Tamerlan at home. The albino iguana clearly loves her as well. And according to Alexey, Tamerlan really adds happiness to their home. All three of them would even go outside to lounge together or eat al fresco. Tamerlan also loves it when Alexey plays the guitar. Turns out the iguana has a liking for music, which makes him more special.

“I believe we had such a connection from the very beginning. He was able to find a friend in me. It’s an incredible feeling,” Alexey lovingly told The Dodo. Get to know about this dragon and human duo from The Dodo’s video below. If you are intrigued with Tamerlan after watching the video, you can visit their website or follow them on Instagram. Shower him with lots of love in the comment section.