Jen and Ian have been longtime fosters of adult cats. For the past nine years, they went to their local shelter and took in adult cats until a forever home was found. They started off with three of their own personal “foster fail” cats and just planned on fostering more. That was until they saw a kitten that just had both of his eyes removed due to a genetic problem.

The vet removed both of the kitten’s eyes and closed the eye sockets to prevent them from getting infected. The tiny guy was born with eyes that did not function properly and were constantly infected, so removing them was the only option. 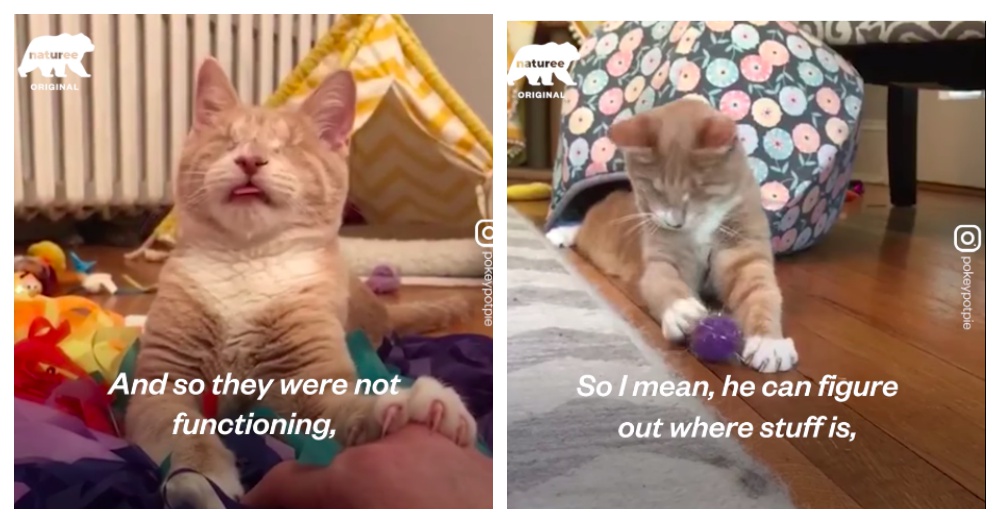 Jen said the little guy caught her attention because he was eagerly eating out of his food bowl, but she felt that he would recover better in a home. She told Naturee, “I saw this tiny little kitten who has just has his eyes removed, so he had stitches on his eyes and he was wearing a cone, sitting in his cage, all by himself trying to eat out of a food bowl.”

She went on to say, “The idea of leaving him there was just not something that I could fathom so I was like, ‘Alright we’re taking this one.'” The couple took the kitten home and named him Bop. They were amazed at how well he adjusted to not being able to see. 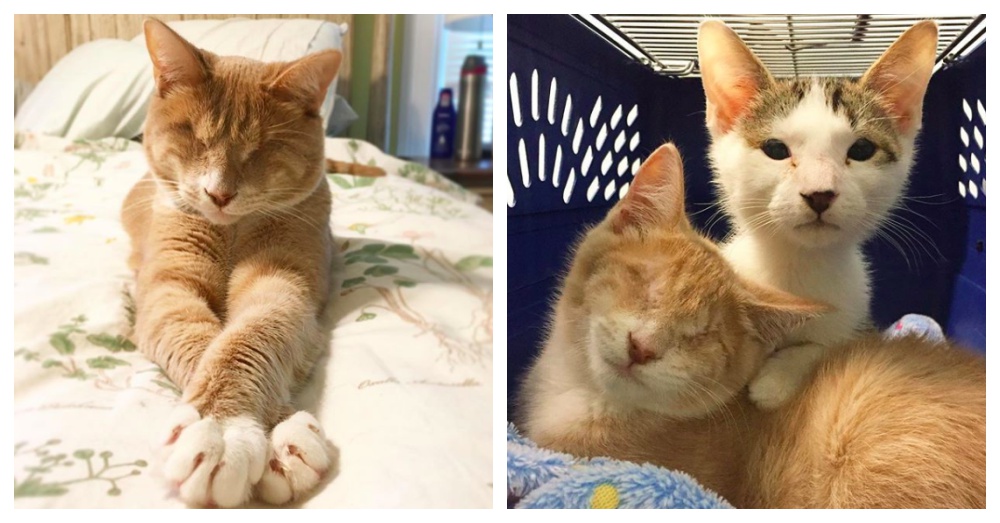 At first, the resident cats were unsure of the kitten, but that did not bother Bop. He explored and played just like any other kitten. His foster parents were shocked that he rarely bumped into anything. He would run through the house and they credited his impeccable hearing for how he was able to maneuver around the house without collisions. 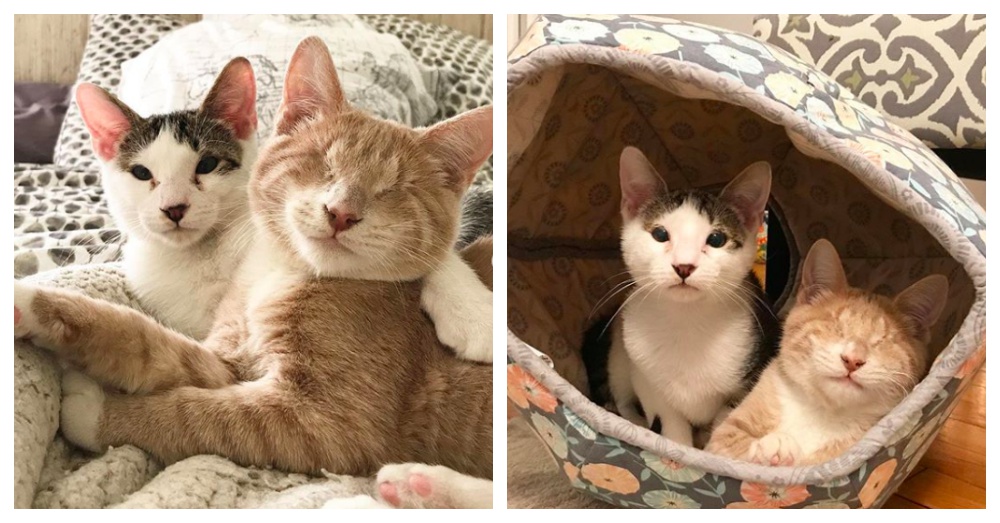 The couple contacted the shelter because they thought that Bop came in with a brother. He did and the brother was still available, so they went to the shelter to foster him as a playmate for Bop. Little did they know that the two kittens would win over their hearts.

The kittens, Bop and Boop, fit in so well and became part of the home that the couple decided to adopt them. Ian told Naturee, “Yeah, they need to stay.” 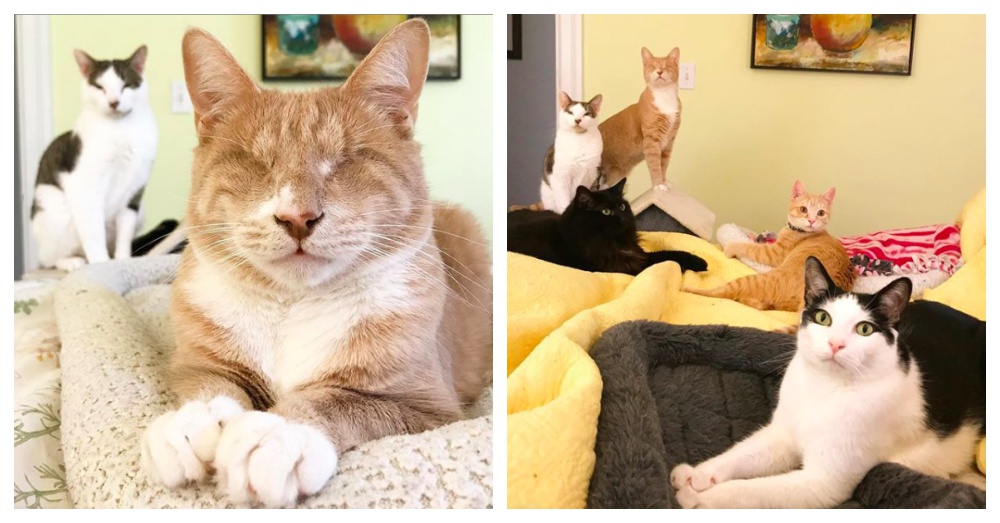 The couple now has five foster fails and continues to foster cats. They said, “It is something we do because it makes us feel good and because we like giving back to the cat community.” 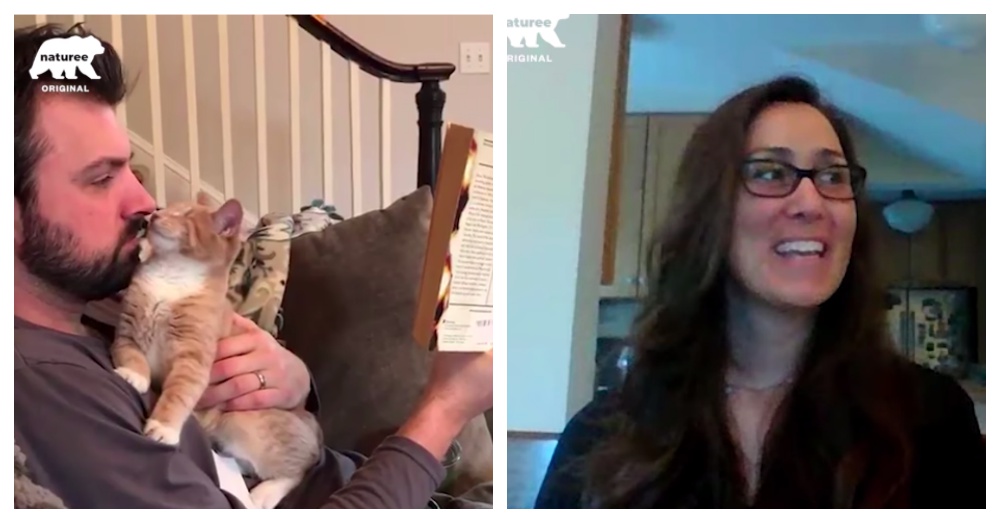 Keep updated on Bop and Boops adventures by following them on Instagram.

Watch Bop play without hesitation in the video below.