Blind Husky Can’t Get Around On His Own, But He Has A Furry Best Friend Who Guides The Way

In 2013, staff at the San Bernardino City Animal Shelter discovered a stray Husky who had been wandering the streets with another dog. The Husky, named Isaac, turned out to be blind, and the Chihuahua-Terrier mix, Isabella, who he was with was his seeing-eye dog.

Isabella helped Isaac get around, and he trusted her completely. The two of them were inseparable. When Isabella isn’t around, Isaac becomes timid and easily disoriented. 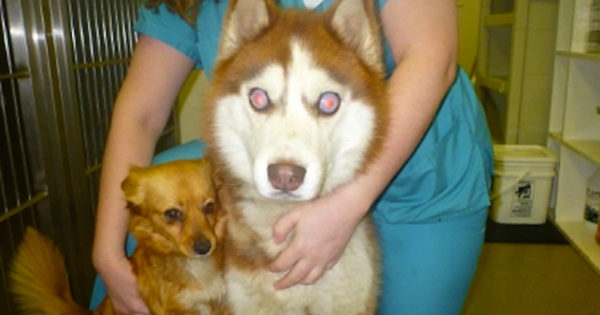 “It’s just really remarkable how she’s always trying to be aware of where Isaac’s at and you know if he’s not right behind her, she’ll stop and wait for him to catch up with her,” a staff member at an animal hospital later said to KTLA. “It’s really funny, and I’ve never seen anything like it before.” 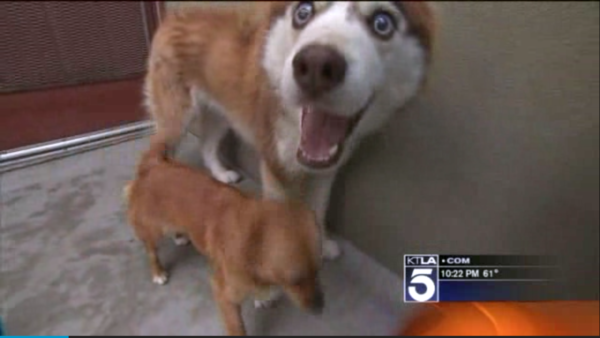 Sadly, the shelter they were at needed to free up space for incoming animals, so both dogs were scheduled to be euthanized. In a desperate attempt to keep them alive, shelter workers shared their story on Facebook.

Thankfully, a Los Angeles animal rescue organization agreed to take both of them in. But finding a home for them would not be easy since Isaac is blind and they had to be adopted as a bonded pair. 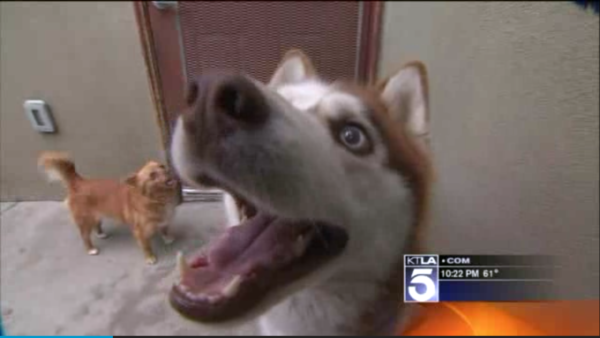 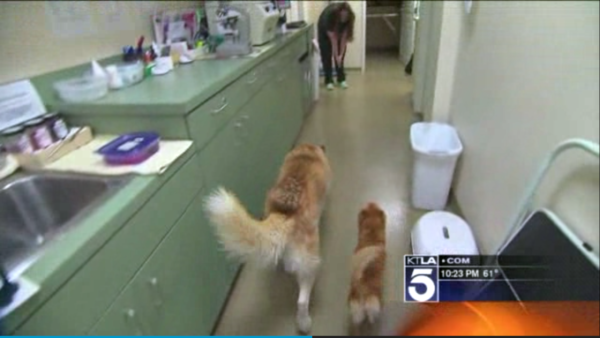 Eventually, the two were adopted together by a loving family. Now they have a wonderful home, and will also always have each other!