Rescuers Rush To Save Blind Horse Hit By A Train

Not all heroes wear capes, some wear baseball caps and go by the name of Randy.

Randy Grim is the founder of Randy’s Rescue Ranch in Illinois. The rescue opened in 2017 for horses and a hospice home for dogs, but quickly turned into a sanctuary for all neglected animals. The team takes in all animals and cares for them physically and mentally.

On a snowy December day, the rescue received a call from local authorities about a horse that was hit by a train. Rick immediately headed to the location to rescue the injured horse. 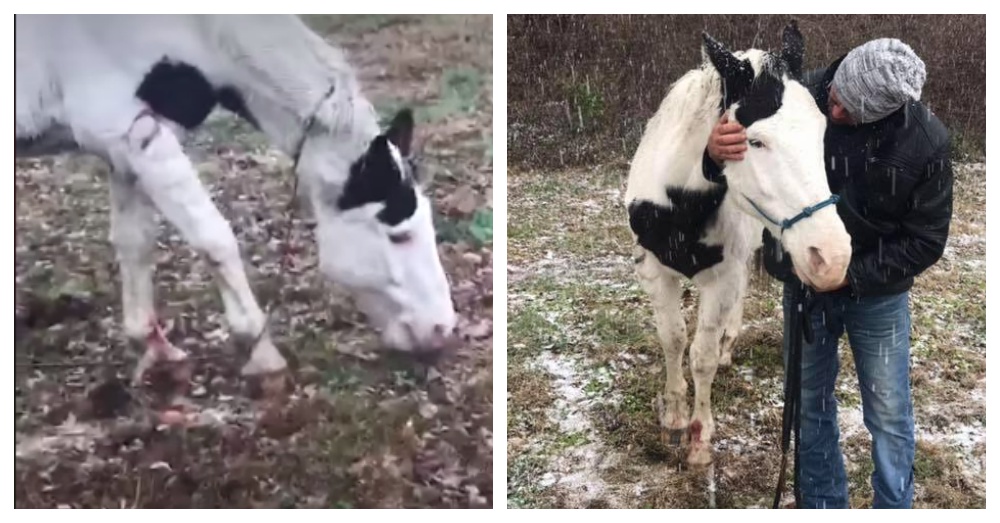 “When the team arrived to the scene, they soon realized this is no ordinary horse. He was still bleeding through multiple gashes, yet stood, eating grass, like nothing happened,” wrote the rescue. 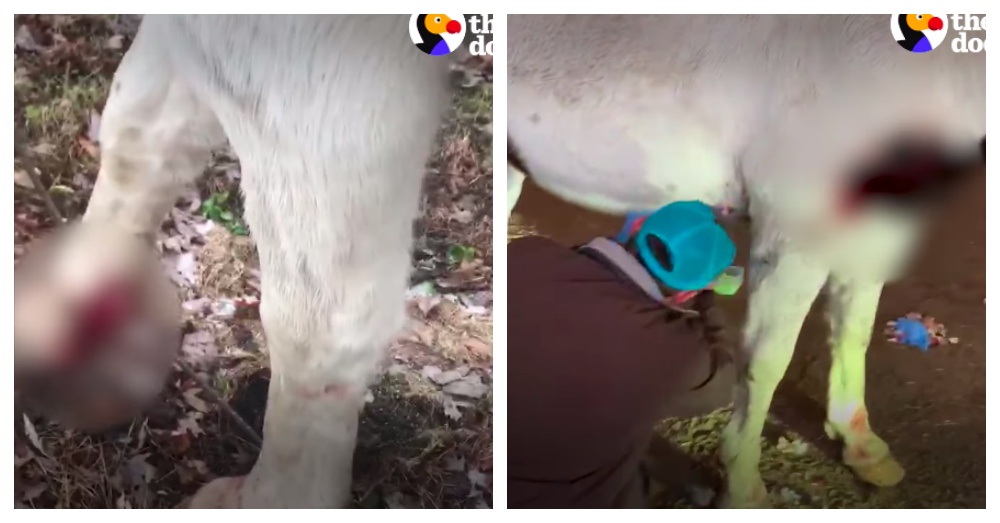 “It was soon learned the 13 – 15 year old horse, soon dubbed ‘Caboose’ by Randy, was blind and had been neglected for many years before this latest incident.”

Caboose was unloaded back at the rescue where the vet was waiting to treat him. Dr. Lee Schaufler performed emergency surgery on the torn ligament and treated all the other wounds. He told Fox 2, “I’ve never in my life heard of a horse walking away from a train accident.” 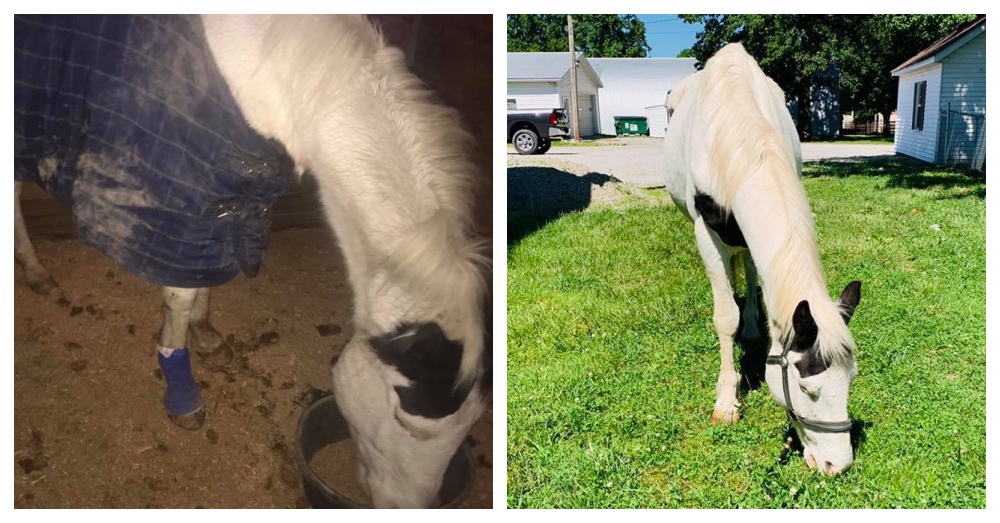 The horse remained calm through the entire treatment. Dr. Lee said, “His pain tolerance must be so high because he just got hit by a train. He’s taking all this like a champ.”

Rick was not sure if Caboose would pull through but the miracle horse survived. Every day, Rick told the sweet horse, “Daddy loves you,” and Caboose would reciprocate by hugging him. 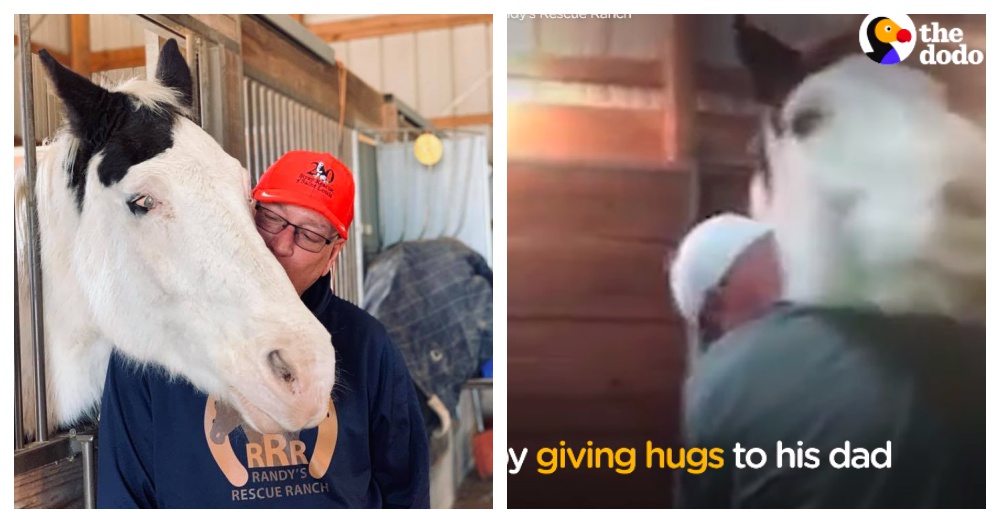 After 10 months of quality food, green pastures and unconditional love, Caboose fully recovered. He has found his forever home at the rescue. “He’s kind of a miracle. And I think together we’re going to do a lot,” said Rick. 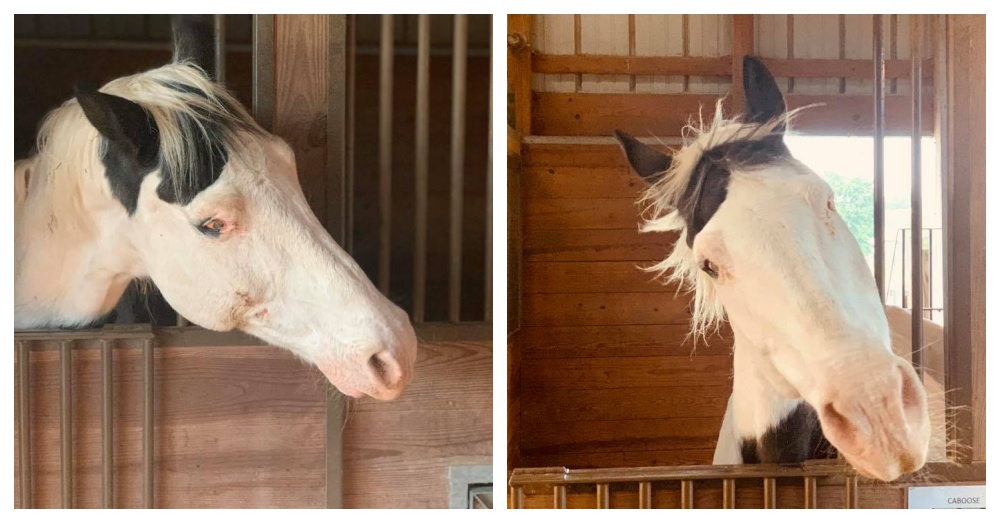 He plans on making Caboose a therapy horse to help people with physical and mental health issues. If you are in the area you can meet Caboose and all the other rescued animals on Saturdays and Sundays from 10am-3pm. The world needs more people (heroes) like Rick and his team.

Watch the amazing rescue and transformation in the video below.

Mama Horse Goes Back Towards Danger To Save Her Foal From California Fire: Click “Next” below!