What Happens When A Dog Goes Blind? He Gets His Own Guide Dog.

Dogs are famous for helping humans with all kinds of problems. They help blind people navigate their surroundings in safety. They assist patients suffering from illness and seizures. They offer comfort to elderly nursing home residents, students, and veterans suffering from PTSD.

Even so, the Internet melted upon hearing about Addie, a Golden Retriever helping her four-legged brother, Jake, navigate his blindness. The elder dog had once been a happy, high-energy pooch, but had been serially blue ever since his older sister, Molly, passed away. 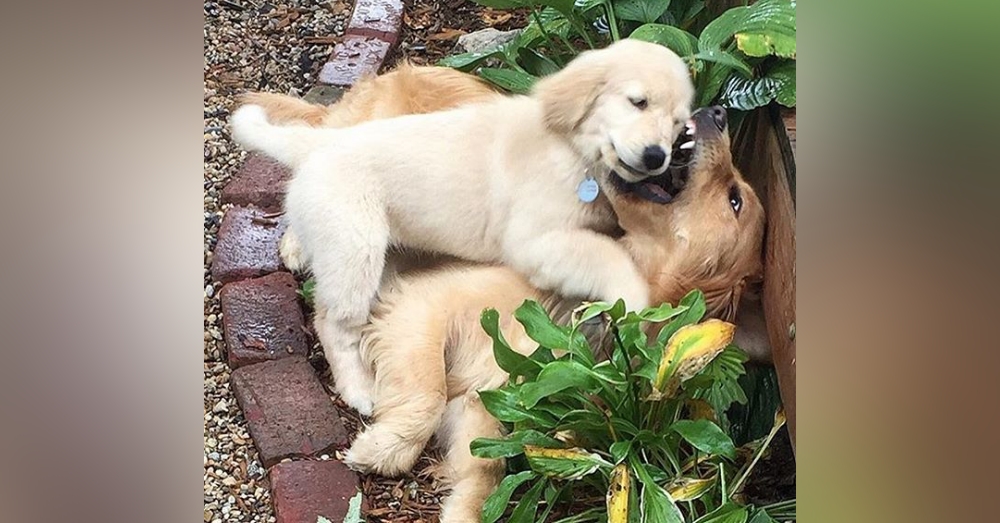 One day, Jake’s parents realized something was wrong with the older dog’s eyes. Ever the intuitive puppy, Addie knew her fur-sibling was suffering, too. “Addie would go up to his eyes and try to start licking his eyes,” Kim Atkinson told Good Morning America. 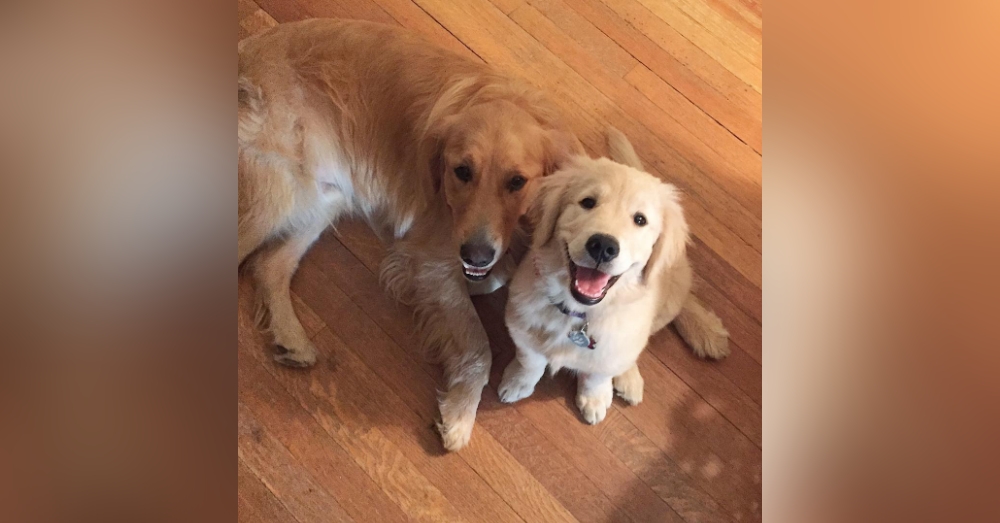 Finally — after months of vet treatments — doctors finally arrived at a diagnosis. Jake’s eyes had stopped tearing, which left the animal in great pain. The Atkinson’s could either have the dog’s eyes surgically removed, or put the animal down.

“We were very concerned about it, because it just seemed so barbaric to have your dog’s eyes removed,” Kim Atkinson told GMA. But they also knew Jake’s health and comfort was the most important factor. They also consulted with pet parents of other dogs who had undergone similar procedures and emerged pain-free. 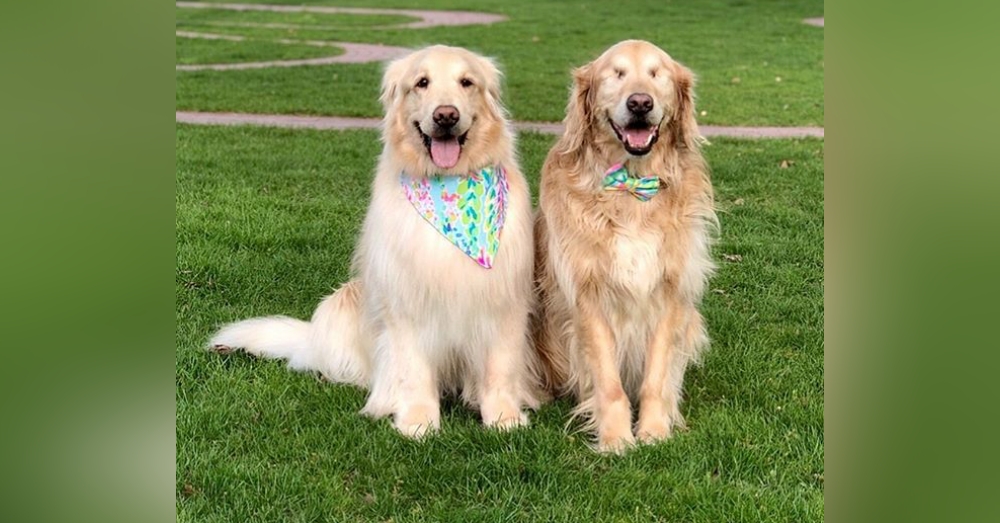 Sure enough, Jake was wagging his tail again as soon as he awoke from surgery, and his little sister immediately started showing him around. “For a really long time afterwards, she was always really close to him,” Kim said. When Jake struggled to recall the house’s layout, Addie remained nearby to help. The younger dog helped her brother relearn to use the stairs. And the pair were constantly cuddling. 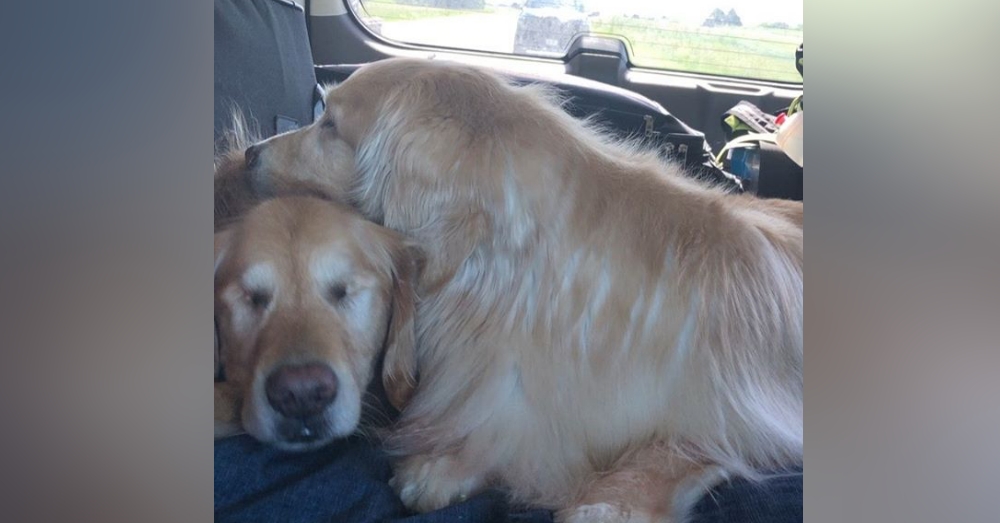 Nowadays, Jake runs and plays like he did in his pre-surgery days, but still relies on his sister to navigate unfamiliar spaces. “I think people try to give her superpowers, but it’s a lot more simple than that,” Joe Atkinson told GMA about Addie’s unofficial capacity as her brother’s guide dog. “I think their story is about just being there for each other and that it can make the difference.”