Blind Man Asks The Internet To Describe Their Dogs, And The Responses Come Straight From The Heart

Stephen Shkuratoff of Calgary, Canada, wanted to know what the members of the Dogspotting Society were so excited about. As a member of the Facebook group, he was alerted each time someone in the group shared a post, talked about their dogs or welcomed new members. But, as a blind man, he could not see the pictures of their furry friends.

Until he asked for help.

“I love being a member of this group!” Shkuratoff posted. “I am blind and was hoping to ask for more dog descriptions. Personality traits are more helpful than colors. Like how soft the dog is, for example. Bonus as always for dogs full of kisses and snuggles. Thanks for making me feel included. Hope no one minds me asking for descriptions a lot recently.” 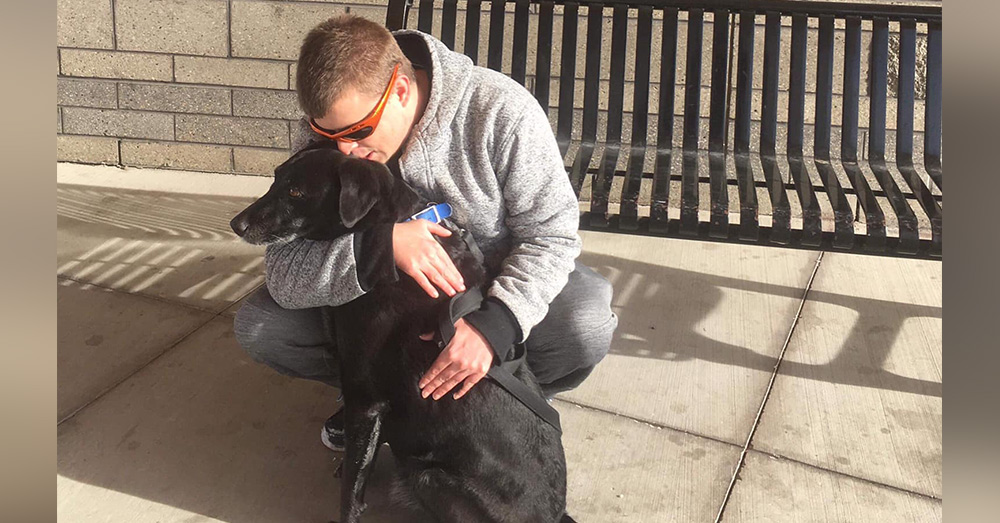 Source: Facebook/Stephen William Dale Shkuratoff
Stephen Shkuratoff is blind, but he loves being a member of the Dogspotting Society Facebook group.

The group was quick to respond, with attention to detail, just as Shkuratoff had requested. There have so far been at least 2,000 responses to the post.

“My two dogs, Frank and Tipsy are Pitbulls from the local shelter. Both are pretty small, Frank being short and squat, Tipsy being slender and muscular,” wrote Joy Violet. “Frank is a huge baby, he’s cuddly and whines a lot. Tipsy is joyful and loves everyone and everything. They act as parents to my three kittens and every other animal I bring home to foster. They love to cuddle!” 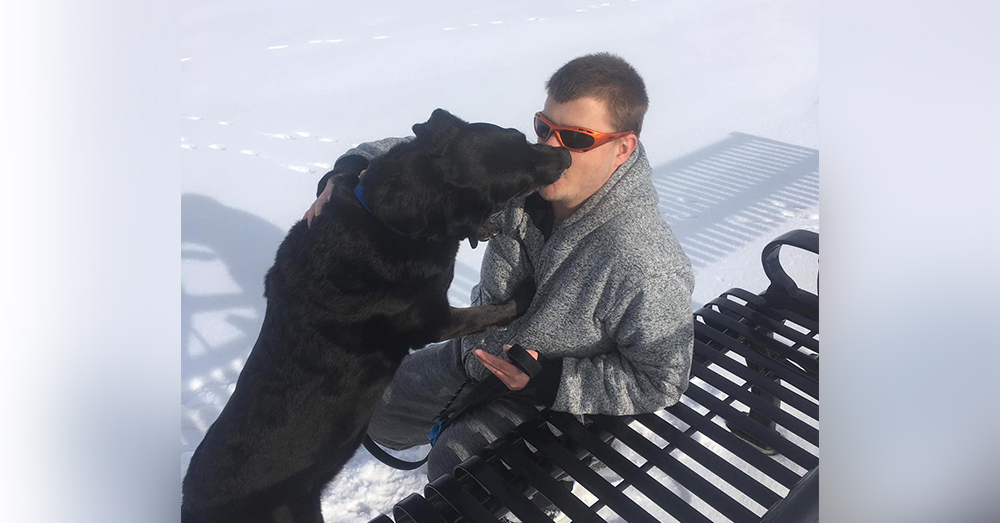 “I have a boston terrier named Elma,” commented Kat Cox-Arslan. “Her name means Apple in Turkish because she is the apple of my eye. She is a very sweet and quiet dog and rarely barks. We have to be careful she does not get shut in a bathroom by accident because she is so so quiet. She makes up for no loud barks with the loudest snores you’ve ever heard from a 18 pound animal. She is also an expert blanket hog and particularly likes faux fur blanket throws. She is very friendly but sometimes she’s ignored by larger dogs because she’s small and usually wearing a jacket because she hates the cold. She loves to play tug and run around with sticks or small branches. I feel so lucky to have her. Thanks for letting me share her!”

“The last dog I fostered was a schnauzer,” wrote Pheronica Yvonne. “She had short grey, black and white hair that was deceptively soft. Her ears stuck straight up all the time and so when she would nuzzle her snoot into the crook of my neck, the velvet lining of her ear would press against my cheek.” 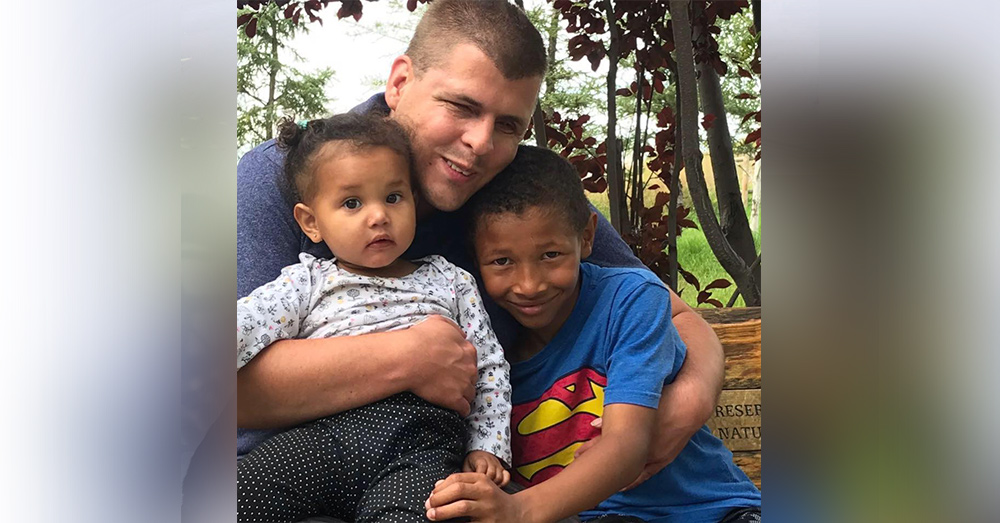 “Hello! I personally do not have a dog, but my Mom does,” commented Lauren Fratantonio Dunn. “Her dogs name is Sydney, she is a papillon. She is short, below our knees, and her hair feels like silk! She has BIG ears that are fluffy and she runs around real fast all day, her little feet sound like candy spilling across the floor- that’s why we call her “skittle tappers” as a nickname! She is very affectionate and she makes all kinds of noises- it sounds like she is trying to form words all the time, it’s hilarious, I never knew dogs could make some of the sounds she does ❤️”

There are many more responses, all which come straight from the heart.

“All these descriptions are so lovely and I am very thankful,” Shkuratoff responded.