This Blind Golden Retriever Has His Own Guide Dog Puppy

When Tao, an 11-year-old Golden Retriever, went blind following a battle with glaucoma, some thought it was time to euthanize the senior dog. But owner Melanie Jackson refused to give up on her beloved family member. “Euthanasia was never an option,” Jackson told SomersetLive. “He’s part of our family and we have done the best we can for him.”

Instead, Jackson decided to get her senior pet his own guide dog puppy to help him safely navigate his new world. But shortly after welcoming that puppy, Oko, into their family, Jackson discovered this unique arrangement also offered some unexpected benefits. Because while Oko helps the blind dog get around, the puppy’s also brought youthful energy and joy that’s helped the older dog fully enjoy his golden years. 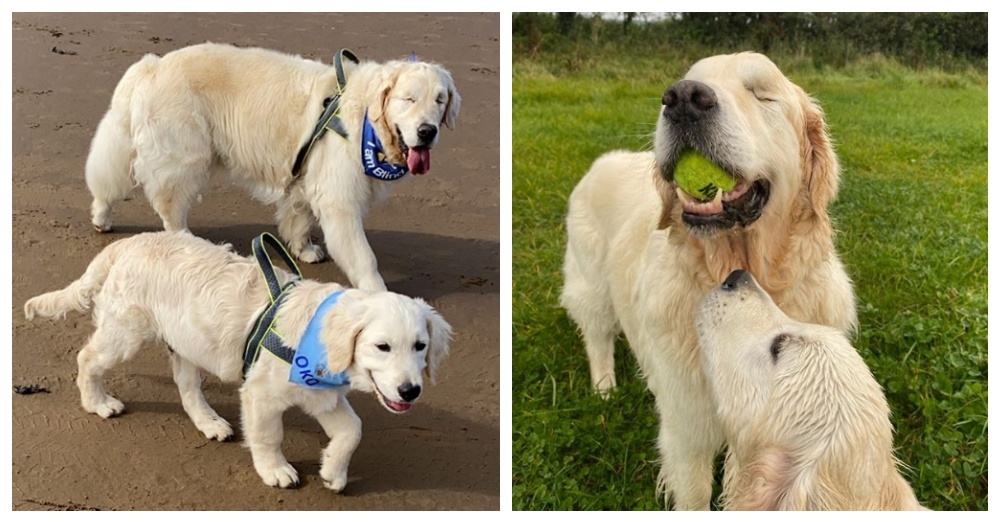 Oko has only been part of Jackson’s family for a couple of months, but in that short time the golden retrievers have developed a close bond. “Tao follows him around the fields and they sleep with each other,” Jackson told the Daily Mail. “We are in the process of training Tao to follow Oko so he doesn’t get in the way of any danger.” 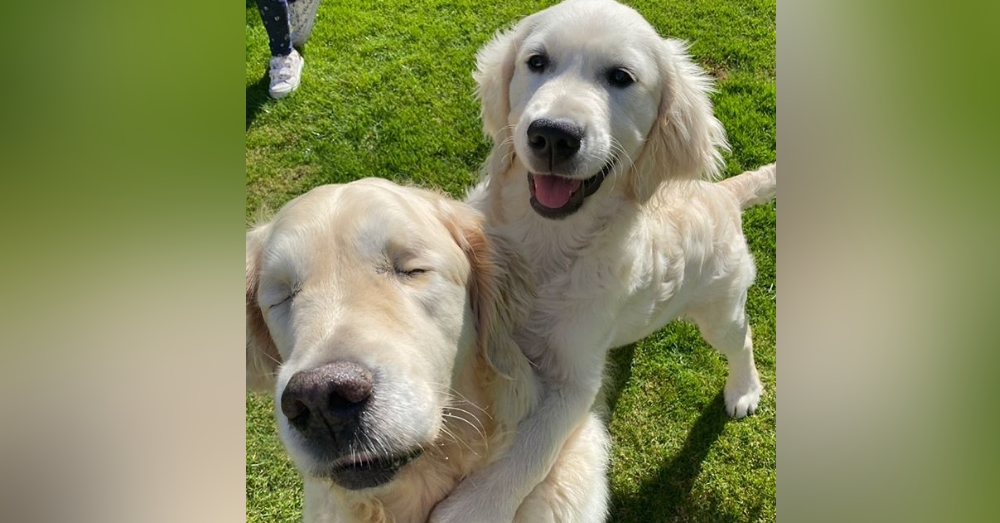 In the meantime, you can follow these golden retrievers on Instagram, where Jackson has set up an account charting the adorable duo’s adventures. We’re so glad that Jackson didn’t give up on Tao, because the blind dog is clearly loving life with his new puppy sibling!