Teaching a dog to sit, stay, and spin can be a challenge in itself – but what if you couldn’t use verbal or hand gestures?

A two-year-old double merle Australian Shepherd named Calamity lives with her mom in Port Deposit, Maryland. Just like other young dogs, she learned basic commands and even some impressive tricks – but did it without seeing or hearing.

Calamity was born deaf and a year later she lost her sight. Her mom, Amanda Fuller, was devastated when the sweet pup went blind, but Calamity did not let it slow her down. 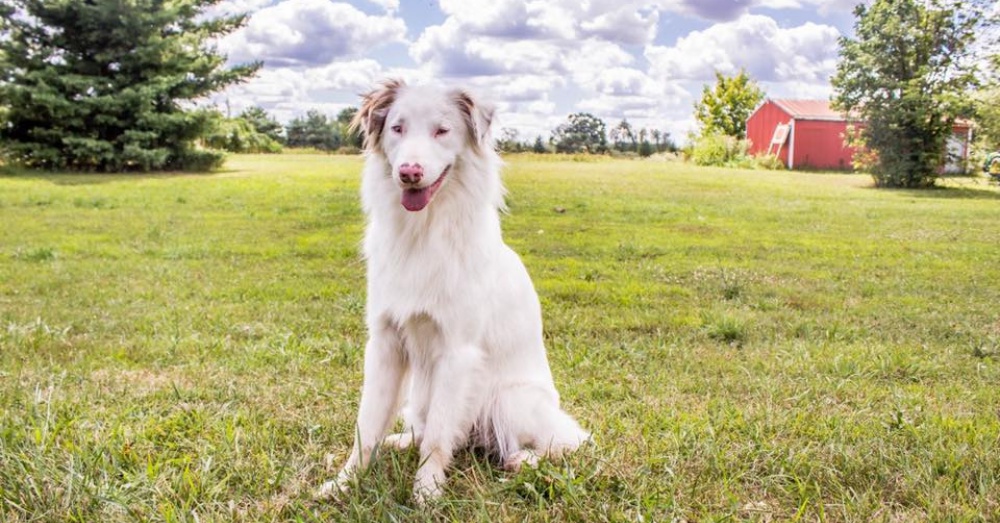 Amanda explained,”Calamity is a double merle dog, which means her parents were two merle dogs. In a double merle, the lightening effect is doubled, and the coat becomes predominantly white, they also have a high chance of being deaf, blind or both because they lack pigment where it would normally be.”

Calamity is just like other dogs and her mom wrote, “She understands stairs, she waits to be released from the car, she waits at the door to go outside, she plays with toys and other dogs. She does everything you’d expect a dog to do, she just does it without being able to see or hear.” 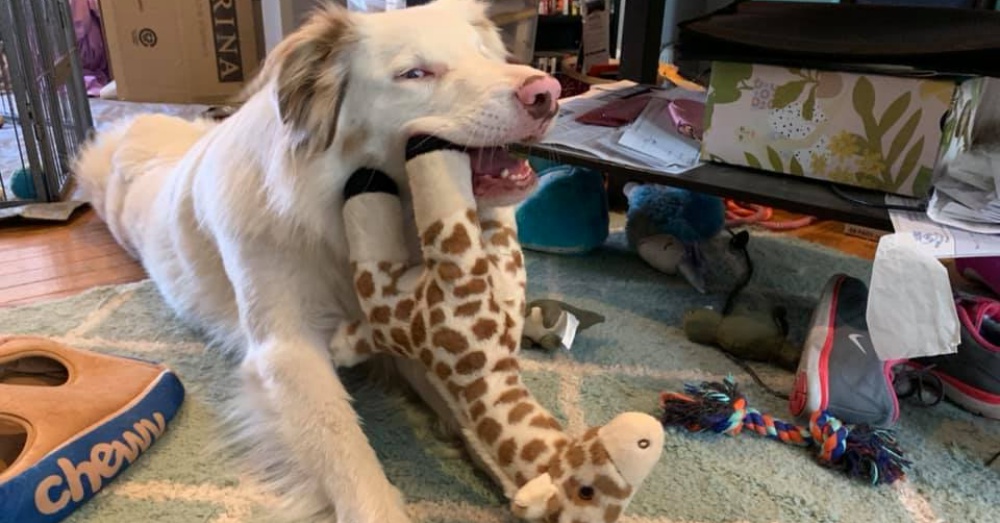 Her devoted mom discovered that she could communicate and teach the intelligent pup tricks through touch cues. “It took us a while to figure out a new normal, but now that we have, it’s like she’s always been this way and nothing ever happened,” posted Amanda. 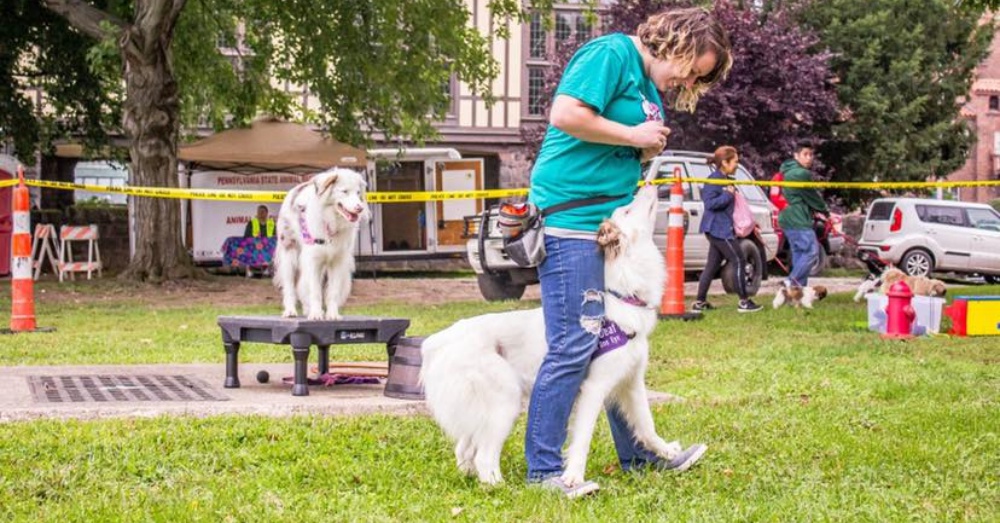 A viral video shows Calamity sitting, shaking, spinning in a circle, and leaping into her mom’s arms. Amanda said that while teaching her beloved dog is different, it is not harder.

She still uses tasty treats to reward but instead of using her voice or hand gestures to cue her dog – she uses touch. A simple touch cues Calamity to perform impressive tricks. 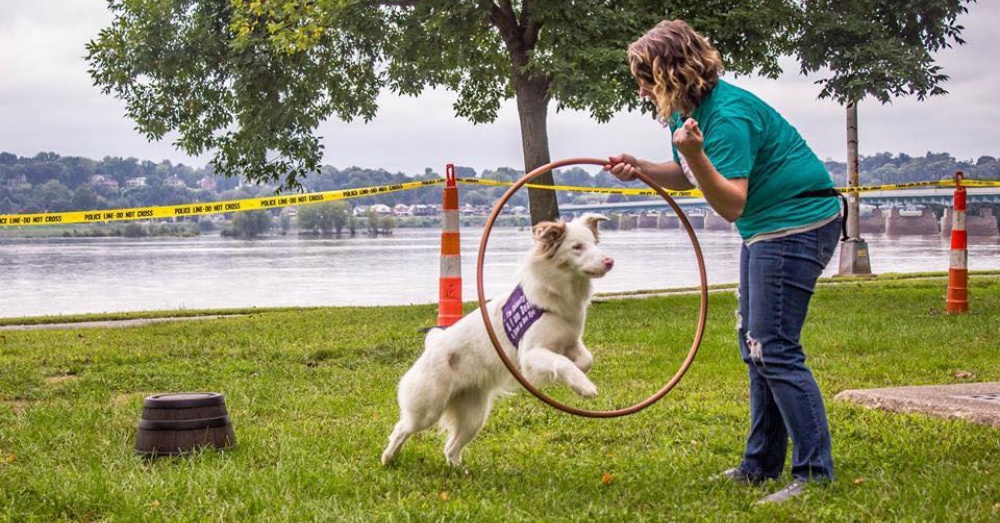 “Sometimes we figure things out that I never thought were possible, like off-leash rally obedience,” stated Amanda.

Amanda plans on teaching Calamity more cues and some from a distance. She posted, “Special needs dogs exists, they’re capable, they’re smart, and they deserve the chance to play and have fun like ‘normal’ dogs do.”

She went on to say, “Dogs, unlike us, adapt beautifully and have no clue they’re different.” 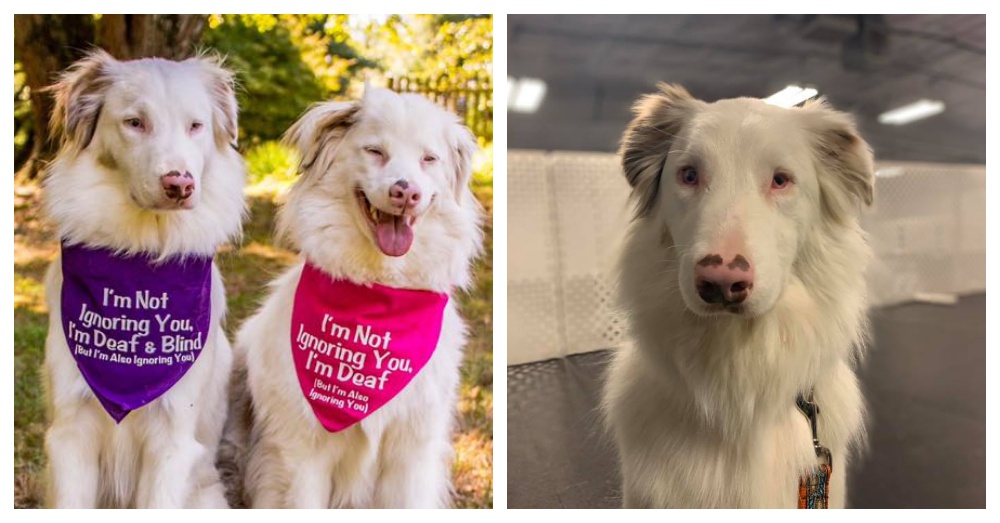 Check out the amazing video below of Calamity and be sure to share it with all your friends.

Dog Gets A Forever Home For Christmas After 500 Days In A Shelter: Click “Next” below!