Blind Pit Bull Does Not Need Eyes to Find Happiness – Or a Ball!

Arnold Ray, a blind pit bull, is having the time of his life!

Yes, this dog is blind, but his disability is not stopping Arnold from having fun like normal dogs do.

He loves ‘treasure-hunting’ in the park, where he just recently found a ball then and pranced his way to his trainer, Erin Mahoney, of the A Pawsitive Approach, which is an animal rescue and training center in Maine. Erin could not help laughing at the dog’s response to her praises, a mix of bark and happy growl followed by more ‘tippy taps.’ 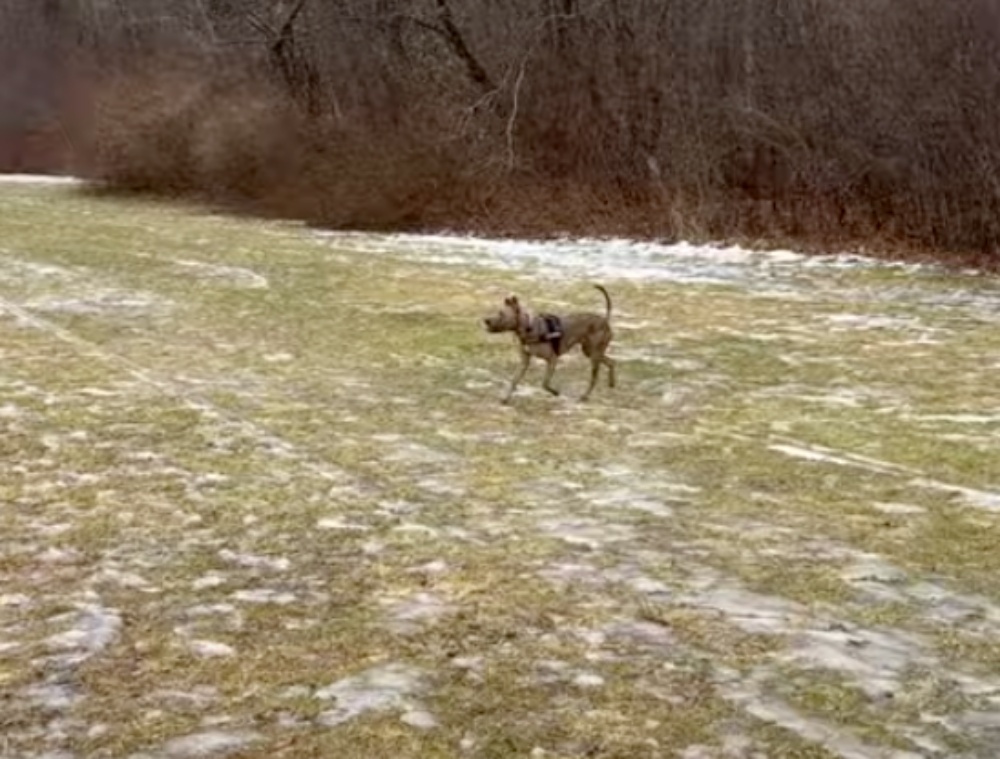 According to Erin, Arnold’s blindness is due to Cerebellar Hypoplasia, a condition in which the cerebellum has not completely developed. The cerebellum is located at the back of the brain, and even though it’s also known as the “little brain,” the cerebellum contains more than 50% of the brain neurons. This part of the brain is responsible for motor learning, maintenance of posture and balance, cognitive functions, and coordination of voluntary movements.

Cerebellar hypoplasia in animals like dogs and cats can be caused by genetic and environmental factors like toxin exposure or ingestion, viral infection, brain trauma, and poor nutrition.

In humans, this neurological condition can be hereditary or possibly caused by virus, radiation, or drugs. But this rare disease still needs further study. 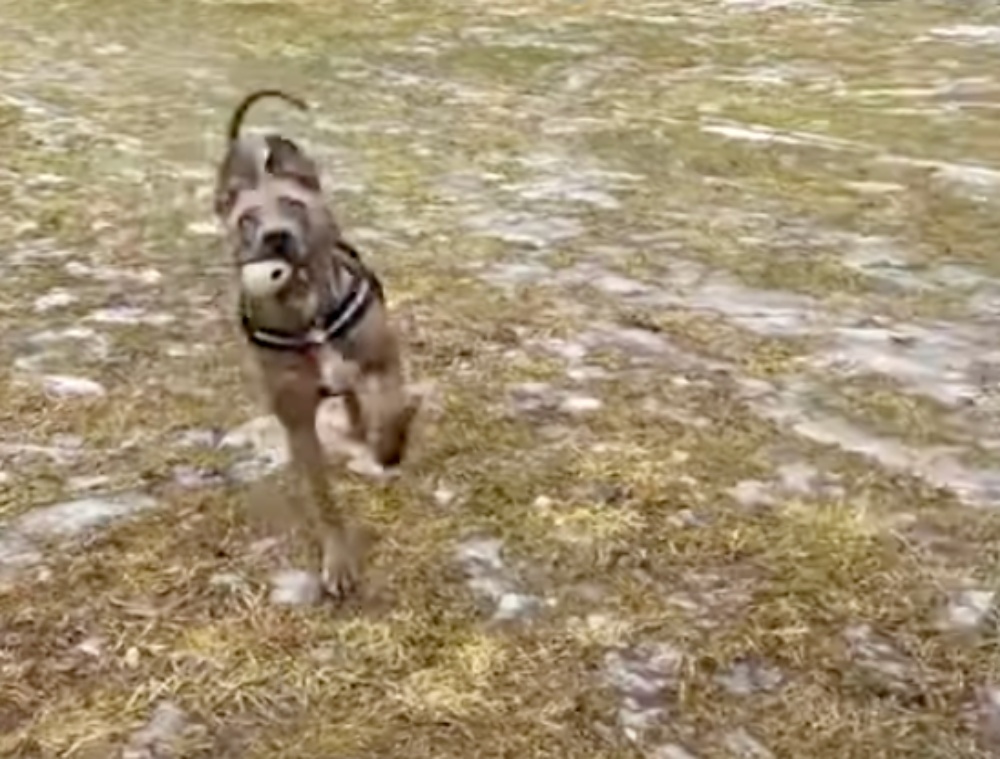 Due to his congenital disorder, Arnold has been living with blindness, tremors, clumsy movements, widely-spaced stance, and other symptoms since he was a puppy. And because his condition is progressive, his symptoms worsen with time.

Now Arnold is six years old. This pit bull is enjoying his life to the fullest despite his condition! 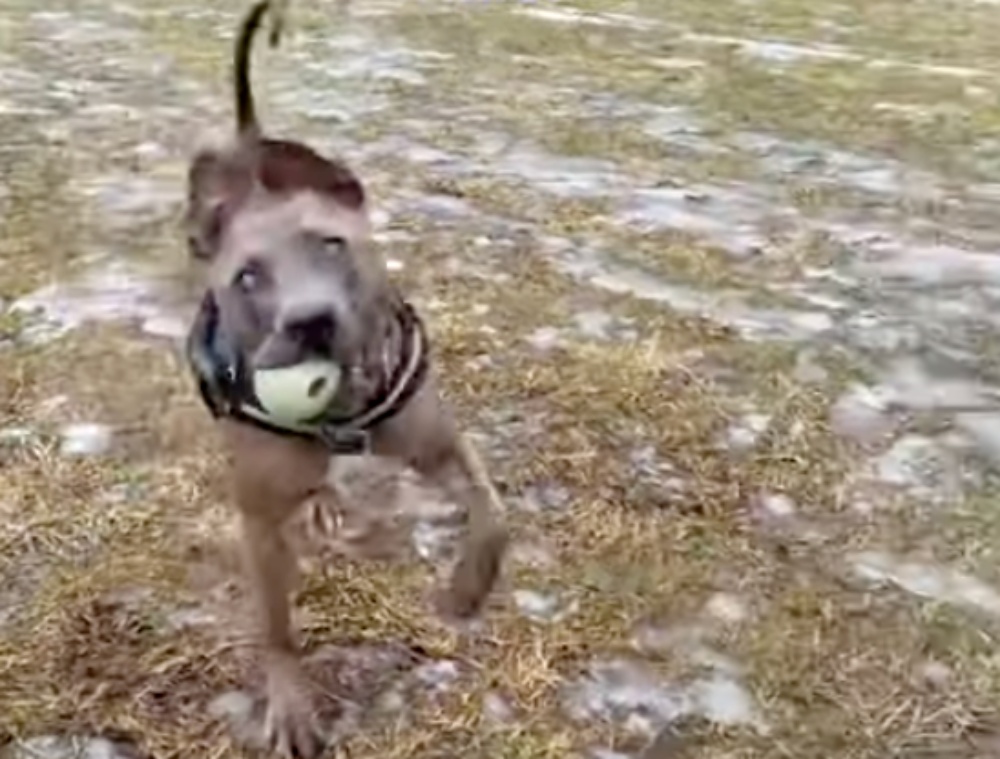 Fortunately for Arnold, his loving human family is always in full support of him, making sure that the pit bull is having a happy life that includes playing in the park and playing with his siblings.

It’s also a great thing for Arnold that dogs are more reliant on their sense of smell in interacting with the world. Compared to humans, who have only 6 million sensory receptors in the nasal cavity, dogs have more than 100 million. 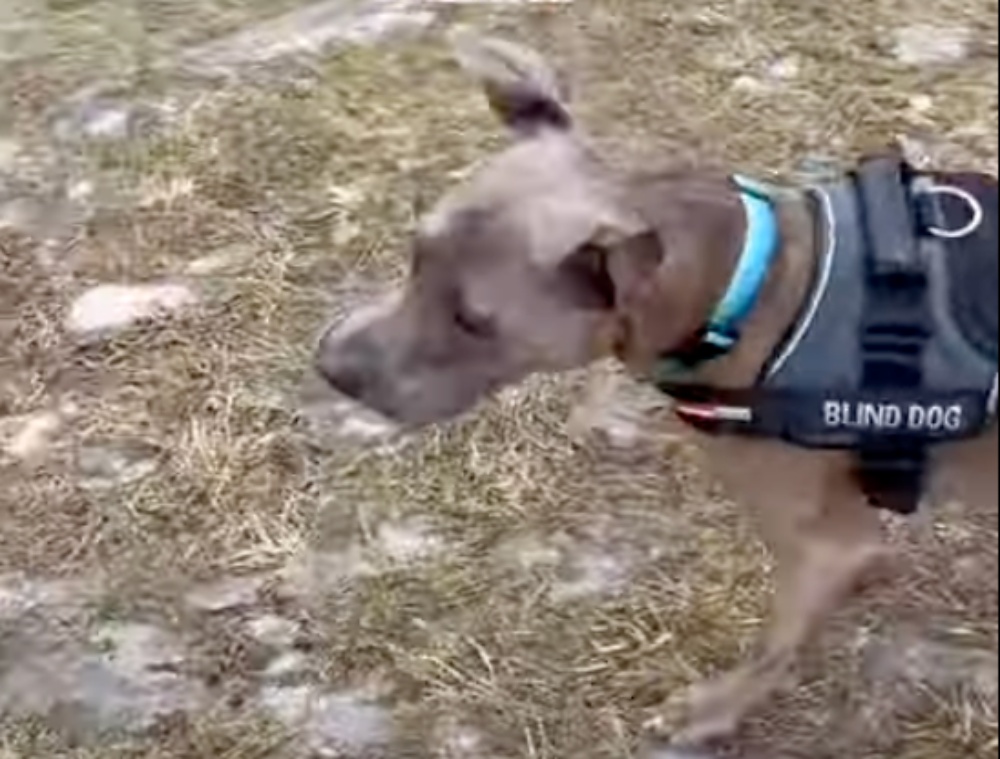 “The dog’s sense of smell is so adept that a blind dog has much less difficulty adjusting to the loss of vision than a human does,” according to Lynn Buzhardt, DVM.

So, let us hope for a longer life for Arnold, the Great American pit bull hero!