10-year-old Blackie was in pain, and the only thing her owners did about it was drop her off at a shelter. She had a bleeding tumor on her tail, so her owners put her in a plastic garbage bag so the blood wouldn’t get in their car while they drove her to Carson Animal Shelter in Gardena, California. 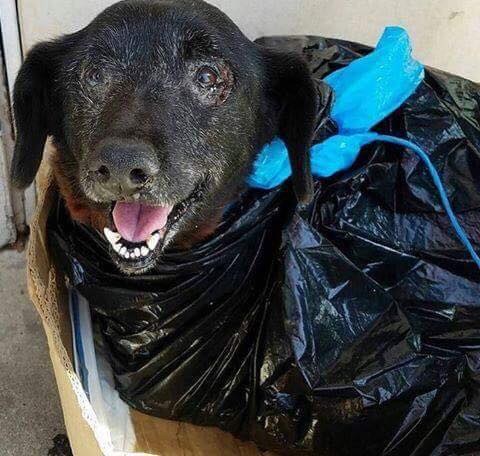 Once they got her to the shelter, they brought her in and never came back for her. Blackie just lost the only home she’d ever known, the only family she’d ever loved, and now she was all alone at a shelter – an environment that could be very stressful for dogs. 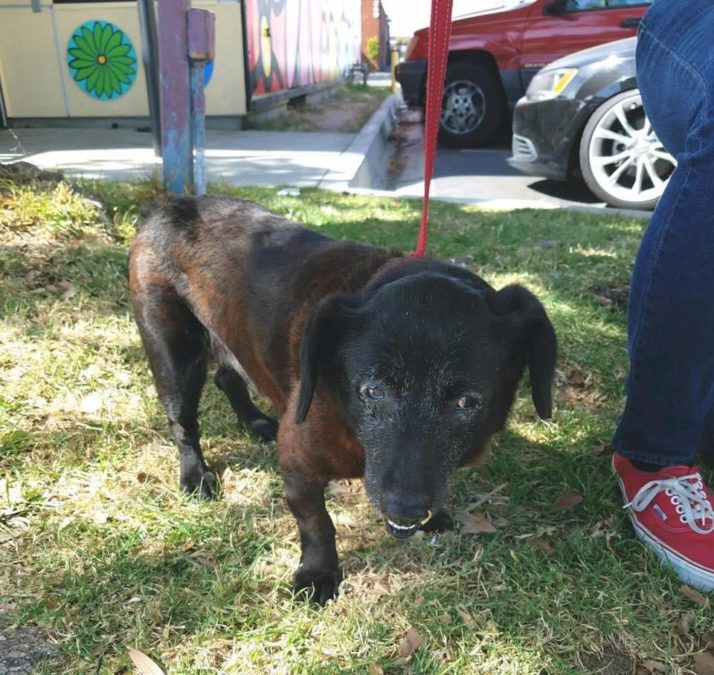 The shelter posted a video of Blackie on Facebook, and when volunteers from the Frosted Faces Foundation (FFF) saw it, they agreed to take her in.

Despite everything Blackie had been through, she was still such a sweet dog and was still willing to love everyone around her. 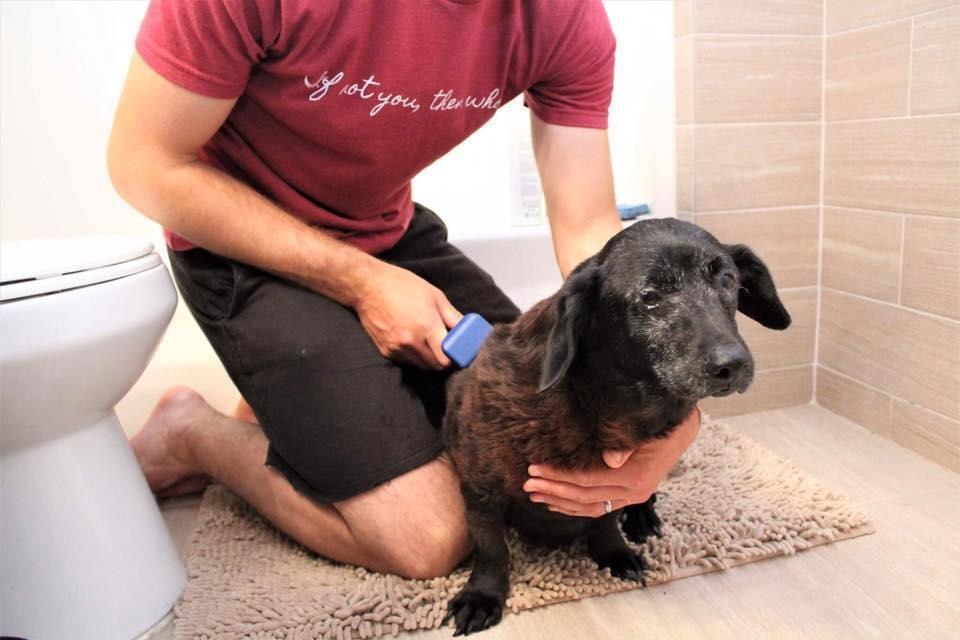