Soccer is one of England’s — and the world’s — best-loved sports, drawing millions of adoring fans worldwide. Last week, a stray cat decided s/he would also like to play.

Two of England’s leading cities, Liverpool and Wolverhampton, were engaged in a Premier League match-up on Saturday when a black cat suddenly darted across the field. After initially looking like a quick kitten drive-by, the cat pauses and turns back, nimbly avoiding players and refs as s/he streaks back and forth across the field. 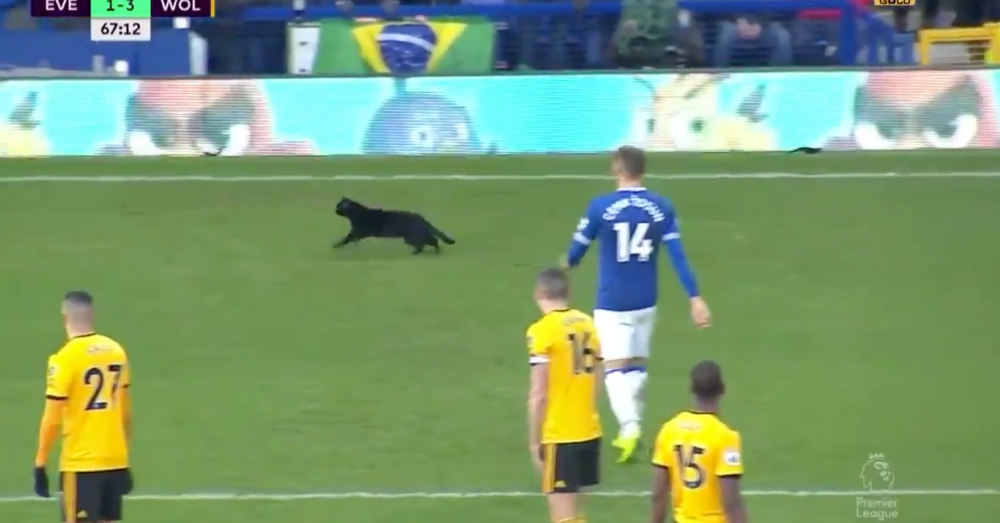 Nobody seems entirely sure how to handle the midnight-colored cat, who is clearly determined not to let anyone catch her. It’s almost as if s/he’s trying to tell the home team how soccer — a game famed for its cat-like agility and fancy footwork — should be properly played.

After about 3-4 minutes of this cute, but collective, confusion, staff and police do manage to herd the cat back off field and, presumably, outside. According to the Liverpool Echo, this neighborhood is heavily populated by feral cats, who rely on scraps delivered by well-meaning stadium-goers. 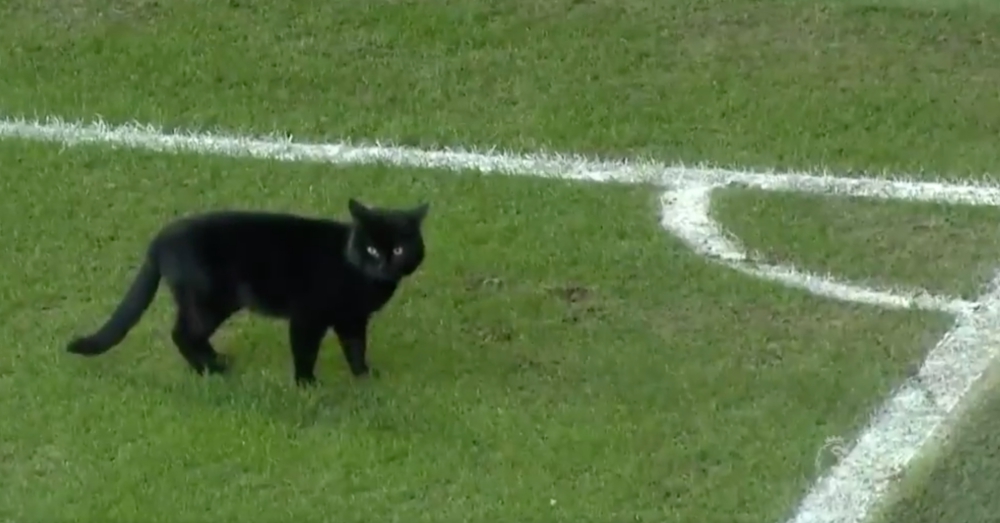 Though the cat did his or her best to rally the crowds, the home team would go on to lose 1-3. Fortunately, this black cat’s zany antics helped transform their lackluster performance into a memorable show.

Watch this cat’s adorable antics in the video below!