Michelle Eberhart rented a cabin in the mountains of Gatlinburg, Tennessee, to enjoy a quiet weekend with her husband and friends, but an uninvited visitor made the weekend one they will never forget.

Black bears are starting to emerge from hibernation and are on the hunt for food. While bears will generally steer clear of humans, one young bear came upon the occupied cabin and let himself in.

Eberhart and her friend were relaxing at the cabin while their husbands went golfing, but suddenly noticed a black bear at the back door. “She just started pointing and I was like, ‘what?’ and so I turned and looked and there’s a bear just putting his full force on the door. And then the door opens,” Eberhart told WATE. 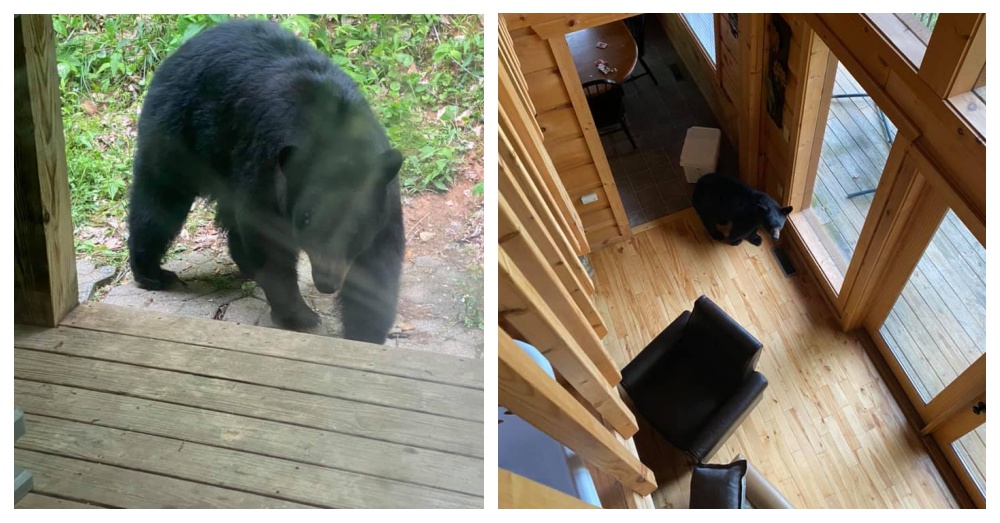 The door was locked, but that was no match for the bear. “I was kind of panicked. I jumped over the couch and I was yelling and clapping and waving my arms to try and discourage the bear to come in the rest of the house,” Eberhardt explained to local news station, WBIR.

The bear was not frightened, but the women were so they headed upstairs for safety and to call their husbands. “It was just almost surreal, it was just a fight-or-flight, like I just have to remove us from this situation and make sure that we’re at least in a safe place,” recalled Eberhardt. Meanwhile, the young bear rummaged through the lower lever until he found what he was looking for – food. 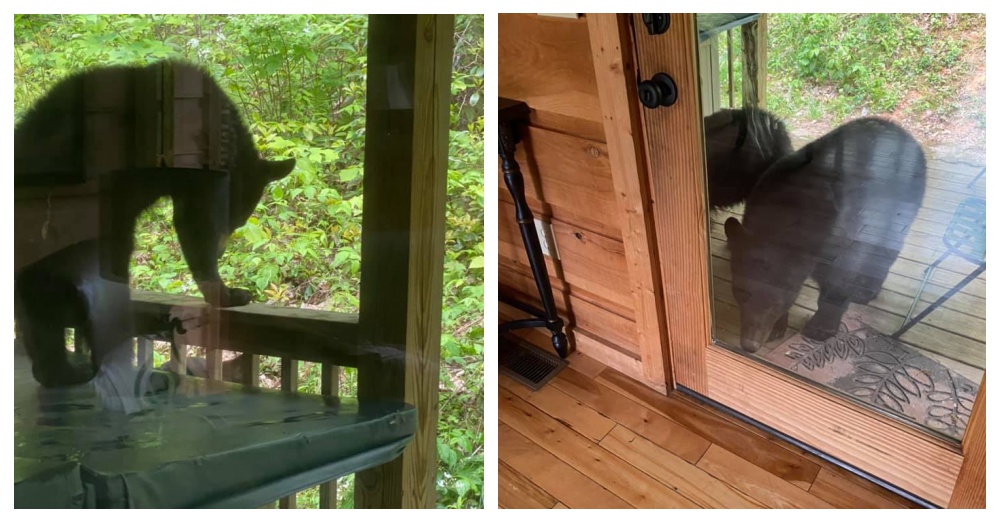 Just when the friends thought things couldn’t get worse, they noticed three more bears on the porch. Police arrived to chase off the bears, but the youngster was already headed out when they arrived with tons of spoils. 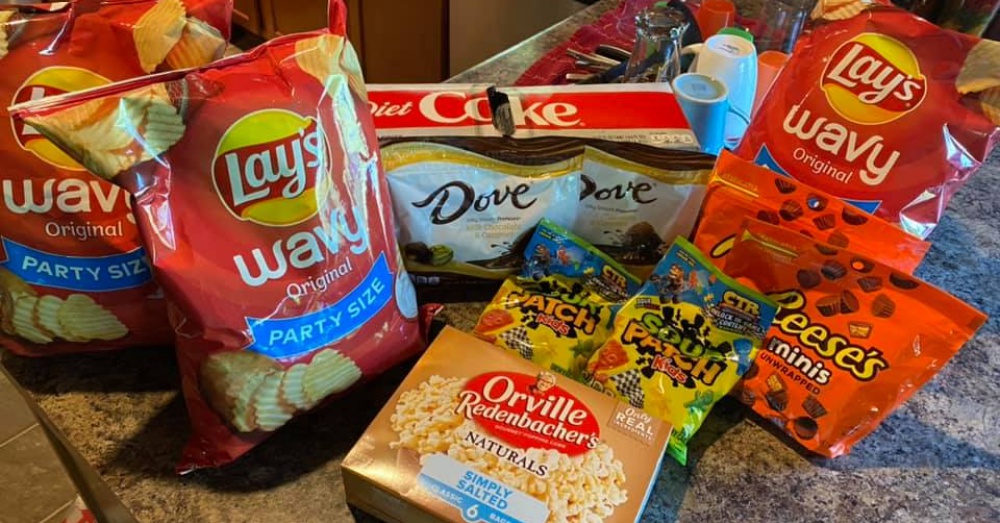 “They got 5 pounds of Reese’s Peanut Butter Cups and a pound of M&M’s and two pounds of Sour Patch Kids and two bags of potato chips… two beers and two Diet Cokes and about 20 Zyrtecs.” Eberhart said.

Thankfully, no one was harmed and it will be a story the group tells for years to come. This was not the first time the group has stayed in the mountains but is the first face-to-face encounter with black bears. 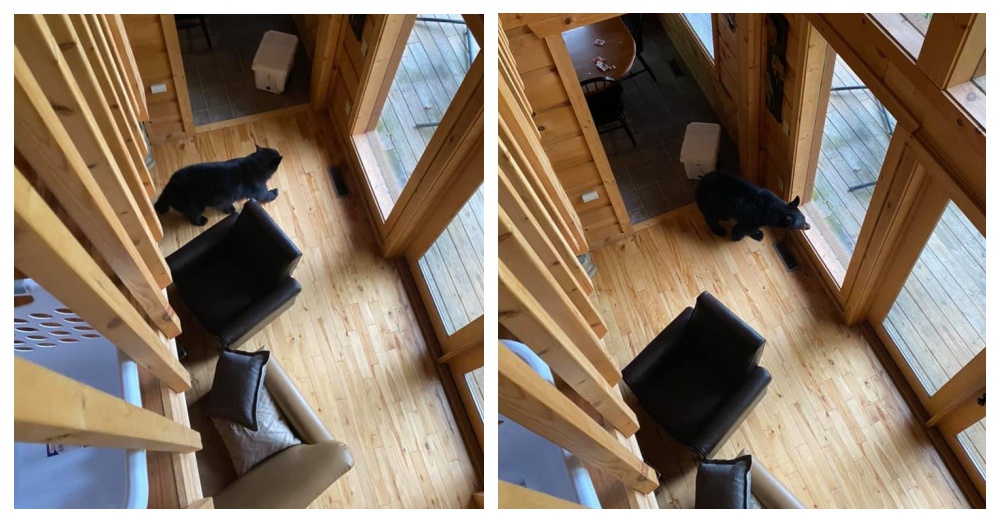 The Tennessee Wildlife Resources Agency commented that this isn’t typical behavior for black bears and believe that the bears had previously received handouts from humans and possibly at that rental cabin. They advise people to keep their distance from bears and NEVER feed them.