Unfortunately, the streets of Greece are home to millions of stray cats. Many of them will never get to live a life filled with love and comfort. But one of those homeless cats was thankfully rescued when he was a young kitten.

He was in really bad shape and in desperate need of some TLC. He was dirty, malnourished, and could barely open his eyes. The Orphan Pet saved him and took him in. They got him cleaned up, fed him, and got him started on his road to recovery. 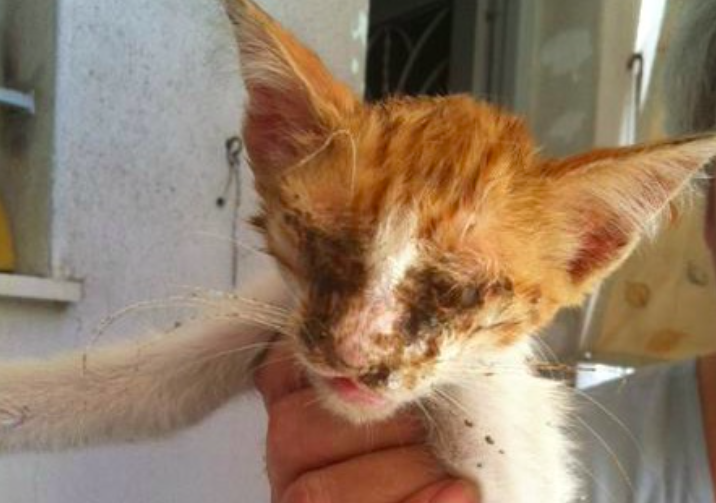 Soon after, he was adopted by a very loving couple! The couple’s child, Peter, was only one-and-a-half years old at the time, so he was unable to say the cat’s name and wound up calling him “BlaBla.” The name stuck and the family decided to keep it that way. 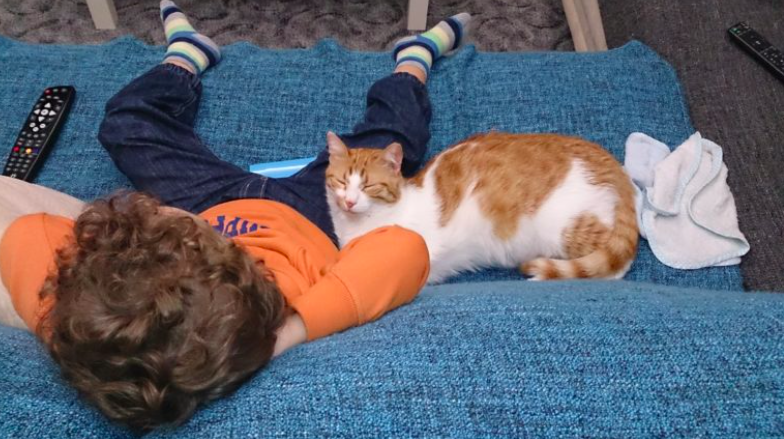 BlaBla was very scared when he was first adopted. All he had ever known was a life on the streets, so he wasn’t used to human attention or touch. He spent the first two months hiding in the house, and would only come out when it was time to eat or to use the bathroom. The family spent day after day and night after night earning BlaBla’s trust. Once they finally gained it, BlaBla began to break out of his shell. 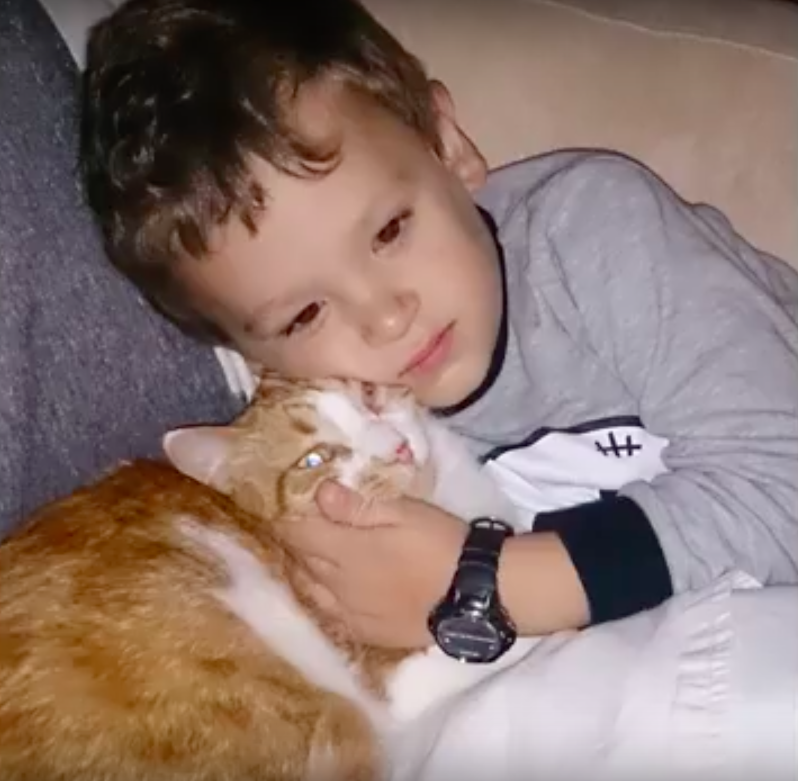 BlaBla and Peter quickly became the best of friends. BlaBla was always at Peter’s side, whether they were watching television, reading a book, or cuddling up on the couch. The couple was also expecting a new baby very soon. Sadly, when a new baby comes along, many families put their pets up for adoption, or they pay more attention to the baby and neglect the pet. Thankfully, this couple did not do any of that. 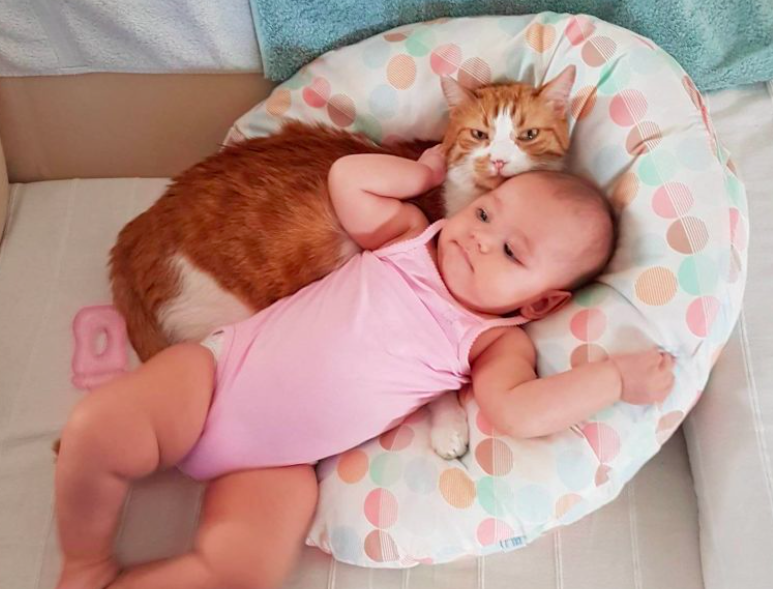 The new baby came along, and BlaBla loved her just as much as he loved Peter! BlaBla spent a lot of time with the new baby, and the baby loved BlaBla as well. Seeing this cat’s relationship with both of these kids is so heartwarming. The three of them get to grow up together, and there’s nothing better! 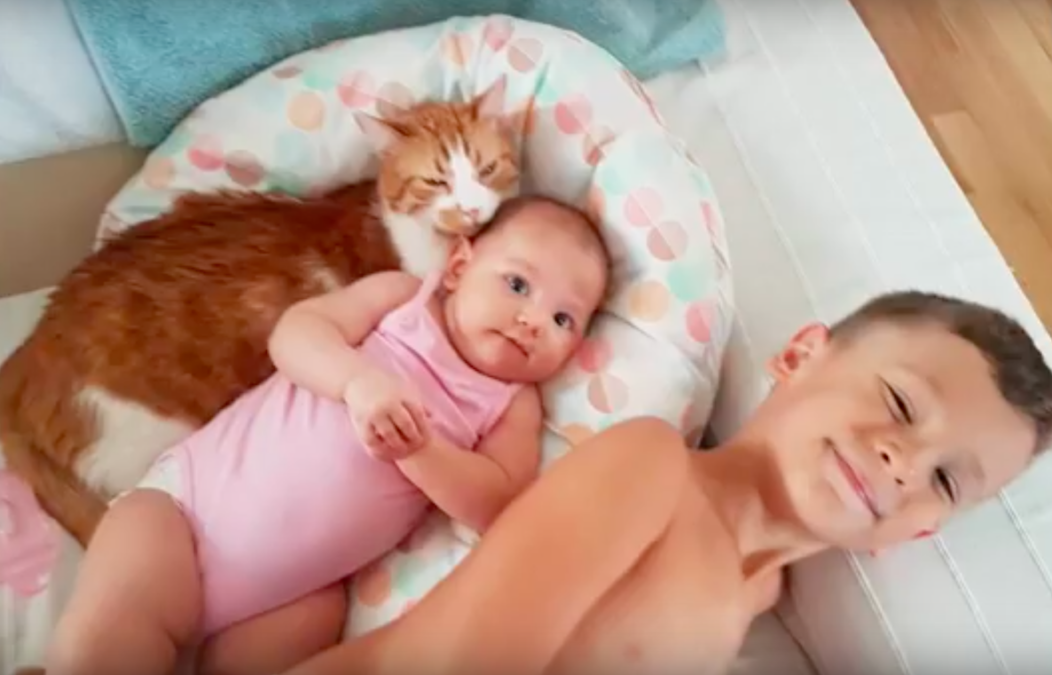 Watch the video below to see more pictures of this adorable trio!