Meet A Bird Who Plays Darts Better Than I Do

Playing darts can be a lot of fun, even if it’s played like this. And especially, if you’re playing for treats! YUM!

Forget the pitchers of beer or wagers of money. This bird loves his treats (and making her human happy!) 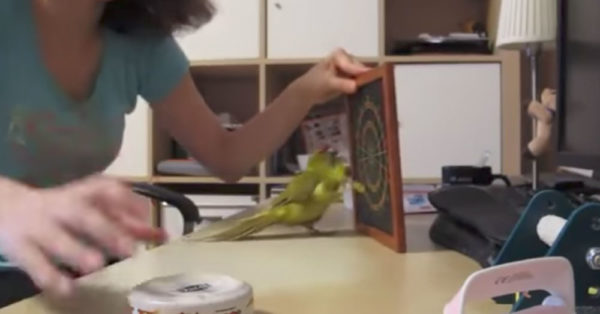 In the meantime, watch the bullseye bird below!