Cats are well-known to be quite independent. They do their own thing and will often live their lives according to the beat of their own drum. Personally, that is what I love about them. Cats don’t care what anyone thinks, they just follow their own bliss – whatever that might be. And for one cat named Billy, his daily antics ended up bringing about a friendship between neighbors.

Like many outdoor cats, Billy likes to spend his days roaming around his neighborhood while he goes on feline adventures by himself. It was during these excursions that Billy ended up living a double life. Billy’s owner, Zack King, had no idea what Billy would get up to on his explorations. But he would soon find out all about his cat’s secret life after he came home one day with a folded piece of paper covered in plastic wrap that had been attached to his collar.

It was one day in October when Billy came home, that Zack’s girlfriend, Olga, first noticed something stuck to the black and white kitty’s collar. Curious, she pulled it off and opened it up. It was a letter! 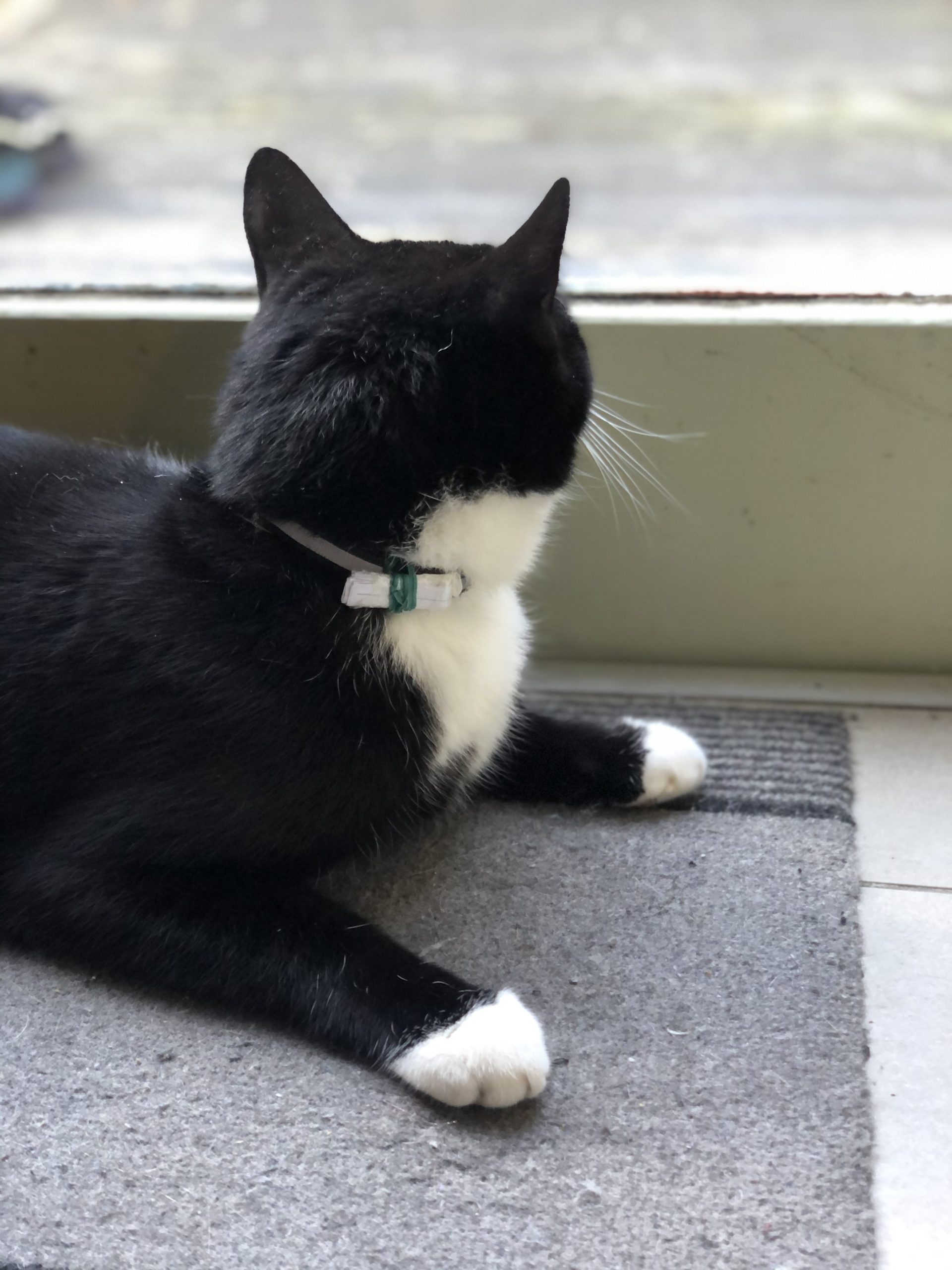 Together, she and Zack read it and soon learned that it was their neighbors. They had written about Billy’s habit of visiting them. They shared that Billy would show up at their door where he would meow at them to let him in. They said that they enjoy his visits and while they didn’t know his name, they had referred to him as Billy. 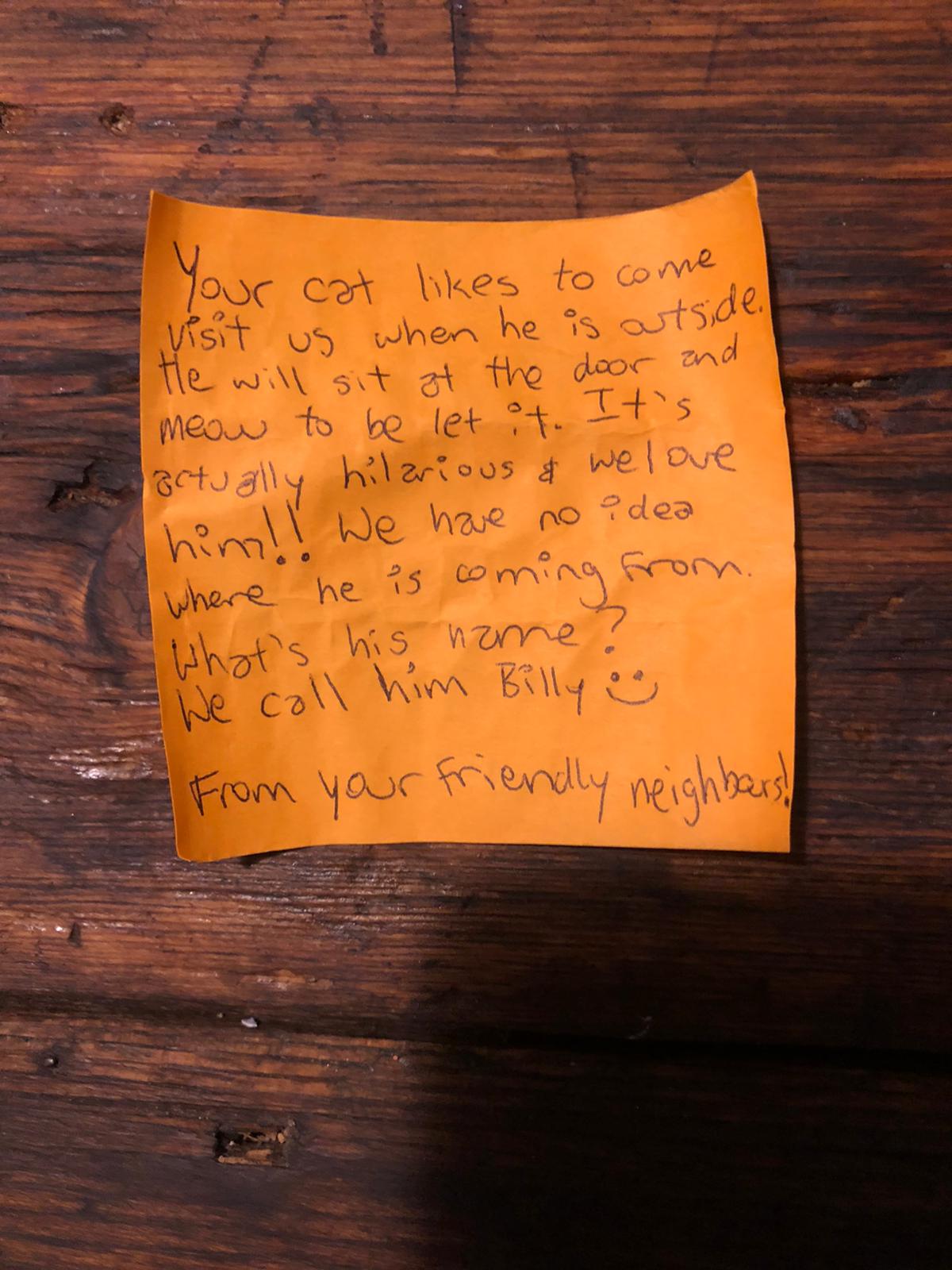 Olga and Zack were pleasantly surprised. They decided to write back, confirming that they were dead on with Billy’s name.

They added that they were “so glad he’s making friends with the neighbors.” After writing their response, they sent Billy on his way to deliver the note. And soon, a correspondence was struck, with Billy playing the messenger for both sides. The note writing continued for months. 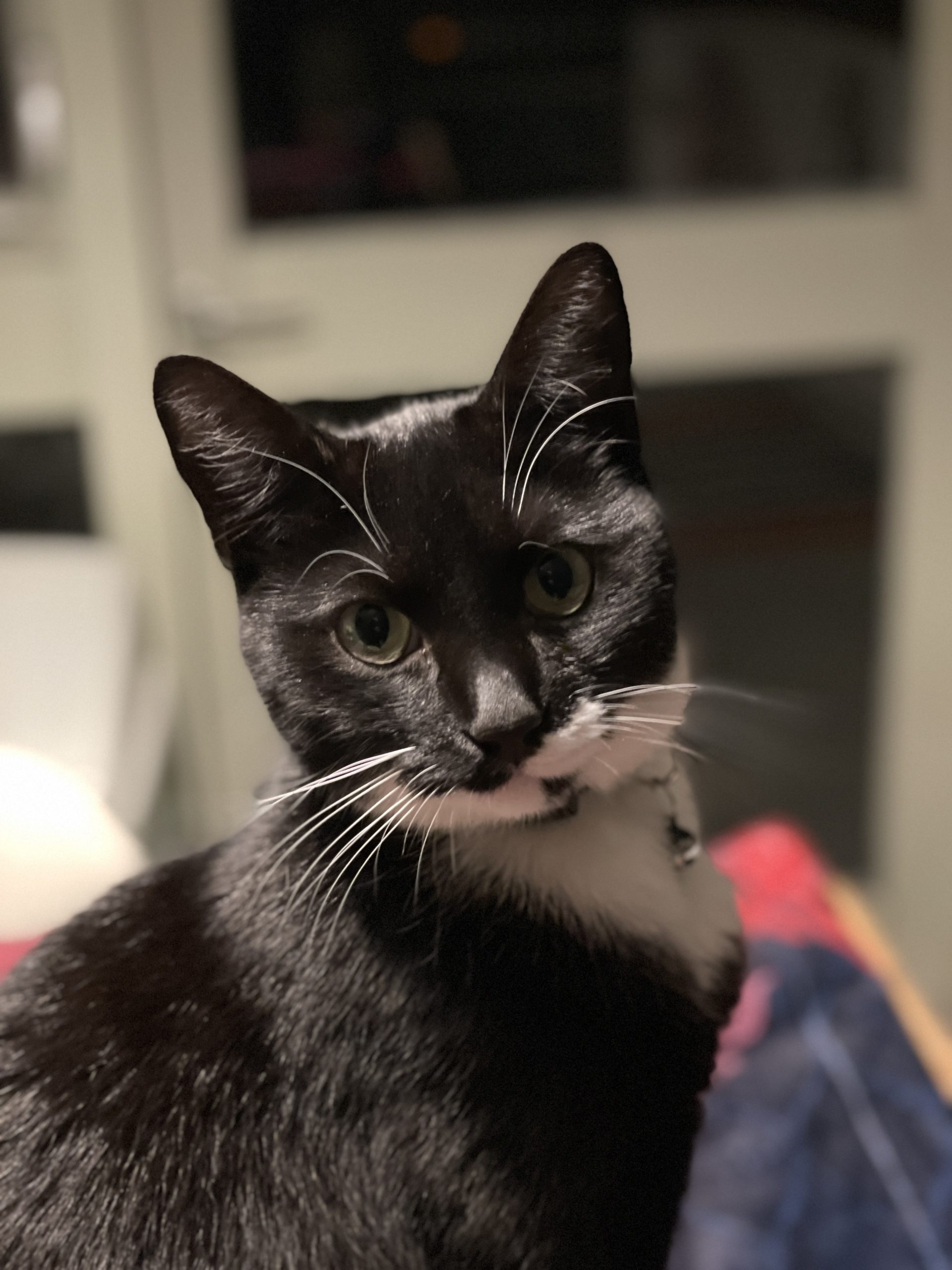 As Zack has shared, “We’ve shared TV and Netflix recommendations, podcast suggestions, and home cooking ideas. We have no idea who or where the neighbor is. We could ask for details but [there’s] no need—it’s nice to have some mystery sometimes.”

Then, at the beginning of the year, their anonymous neighbor penpal bought Billy a “proper mailbag.” It’s a plastic heart container that gets attached to his collar by elastic bands.

Development 1: the neighbour had sorted him out with a proper mailbag pic.twitter.com/EHksj5Xr2R

While Billy still runs correspondences between the neighbors, his duties as postcat are less frequent due to the weather. Since it’s much colder, Billy spends the majority of his time inside. But perhaps come spring time the letter writing will begin more frequently.

As Zack and Olga revealed, their penpal situation came at a good time for them. Zack said, “We were in a bit of a slump as the nights got colder and darker and restrictions and lockdowns kept us at home, so it was a real joy. To be honest, Billy’s a joy anyway. But this was something unexpected, intriguing, and very welcome indeed!”

Check out some of the notes below:

From this point on my girlfriend and an unknown neighbour became penpals, all through an oblivious feline postcat pic.twitter.com/YePkb9EVhk

NB: turns out less is more with truffle oil pic.twitter.com/G4faimywtu

He really was the last of the litter to be homed. Here’s a pic of him wonkily greeting us at @GoddardVets Plaistow back in September 2019 pic.twitter.com/Jc1tLb7u4C

Finding a penfriend who also binges on home cooking and Netflix = lucking out pic.twitter.com/wdJcx8cmoA