After Being Critically Burned In Australia’s Wildfires, Injured Koala Bonds With Rescuers Who Saved His Life

Billy — a rescued koala found clinging to a tree in Adelaide, Australia — was saved just in time from the country’s devastating wildfires, which have already burned 12.5 million acres of land and killed an estimated one billion animals, including 25,000 of his fellow koalas.

At first, the traumatized koala cried loudly as rescuers pulled him down from his charred perch, where the marsupial been seriously burned in the blaze. But once little Billy realized he was finally safe, the koala began cuddling his rescuers with grateful affection. 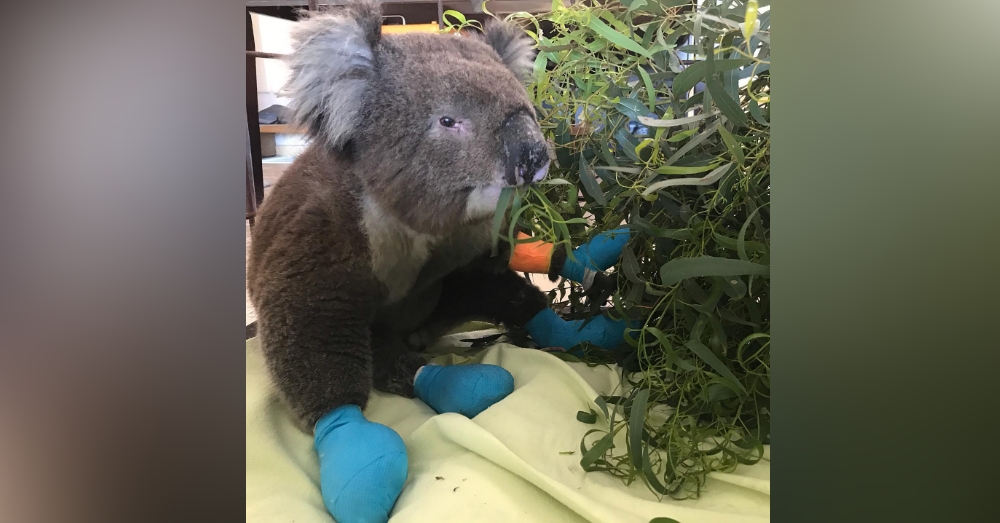 “As his paws were all bandaged he was unable to climb or be in the normal kind of enclosure that we use for koalas in care, so we had to think outside of the box and we made a makeshift enclosure for him in our kitchen so we could be close to him always,” one of the rescuers, Lucy Francis, told The Dodo. Lucy and her husband, Billy, are both rescuers with 1300Koalaz, a local koala rescue and rehabilitation group working in the area.

Rescuers propped Billy up on a camping mattress and pillow, because the injured koala couldn’t even assume a normal koala position, then rushed him to the vet for emergency medical attention. “He was clearly in shock, frightened and covered in soot and ash from the fire,” Lucy Francis said. 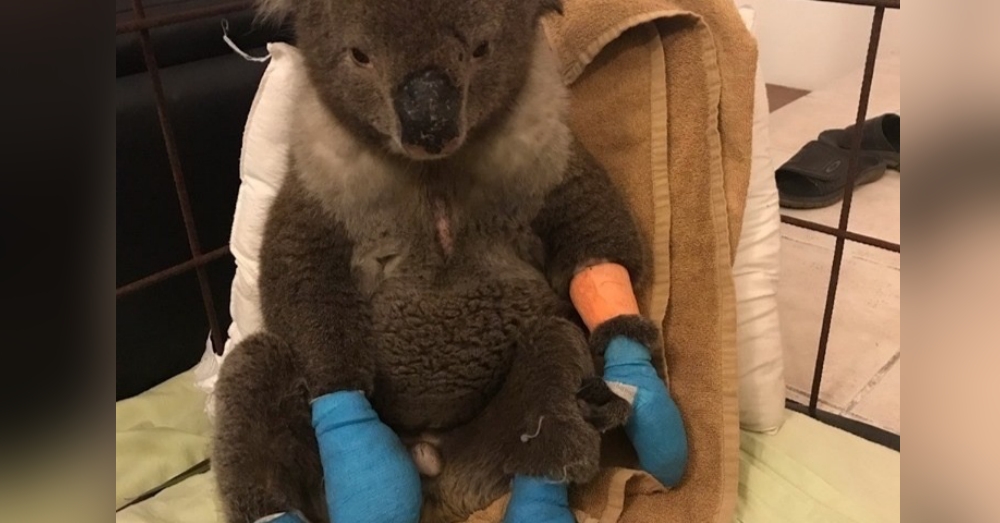 Once Billy’s paws were bandaged, the couple took the koala back home to their house to recover. There, they were pleasantly surprised to find Billy – despite painful burns on all four of his paws — turned out to be an ideal animal patient.

“When Billy first came to us and might have bitten my husband’s hand had he been a different-tempered koala, he sniffed it and licked it gently instead,” Lucy Francis said. “We have a very close relationship with him and he lets us handle him as we need to and clearly trusts us, despite still being very much a wild koala.” 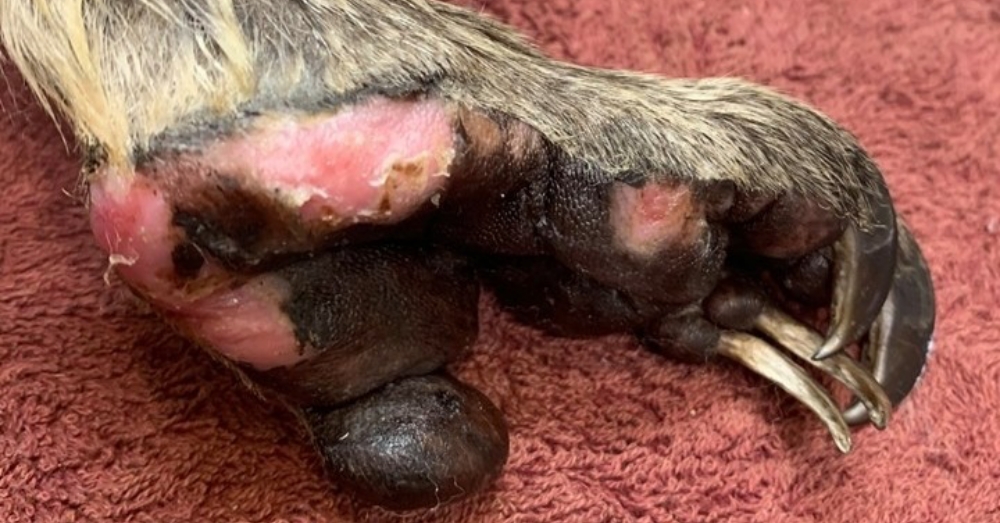 The couple took care to earn Billy’s trust and, despite his great pain, the injured koala seemed to understand they held his best interests at heart. “His personality is so gentle and calm, even when we have to rub cream into his blisters and burns, or administer his vitamin mixture — which we’re really sure he hates — it’s like giving a very furry, reluctant child their medicine,” Lucy Francis said. “He holds our hands with his back paws when we apply cream to his coccyx burn.”

Meanwhile, this brave koala grows stronger each day, says Billy’s carers, who give their new koala friend extra food and vitamins to assist with his recovery. The koala’s happiness and mood has also increased along with his physical health. 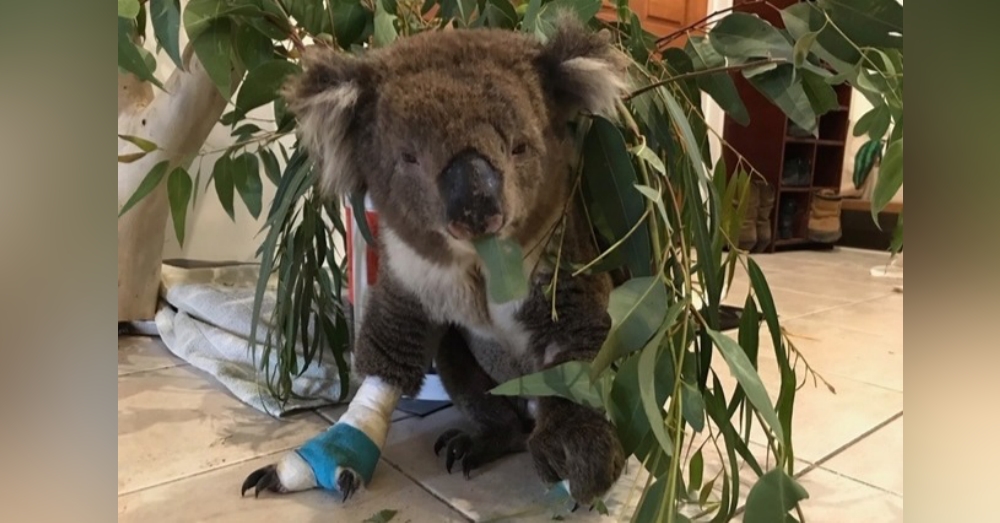 Someday, Billy will be healthy enough to return to the wild, says Lucy Francis, who is happy for Billy but knows she’ll miss her new koala friend. “We can’t wait to see him fully recover, and release him in a big beautiful gum tree one day — although he will leave a very big Billy-shaped hole in our home and in our hearts,” she said.