Every dog owner knows that dogs don’t hold back from ingesting whatever tickles their fancy. My dog once got into the garbage and helped herself to an entire package of raw and rotten bacon. It was pretty gross, but somehow, she didn’t get sick at all. We took her to the vet, who joked that she must’ve had a cast-iron stomach as she was perfectly fine after her really gross snack.

But for Billie Eilish, when her 10-month-old pitbull puppy, Shark, got into something he shouldn’t have, he ended up getting very sick. The singer ended up documenting her pooch’s upset tummy on her Instagram Stories.

She first shared on her Instagram story that she noticed something wasn’t quite right with the pup when he started getting sick all over her house. She admitted that her puppy isn’t unusual in that he loves to eat anything and everything that he finds on the ground.

She explained, “Usually what happens is he’ll eat something weird and he’ll throw it right up and he’ll be totally fine and move on with his day.”

When he started getting worse, she immediately took him to the vet. After an examination, it was determined that the little pup had seeming stuck in his intestines and he would have to stay at the vet’s overnight. The following day, which also happened to be Eilish’s birthday, she was told that he would have to have surgery – not exactly the kind of news that you want to receive on your birthday. But the vet assured the singer that the pup would be in good hands as it was a rather common procedure.

A few hours passed, and Eilish finally received the good news she’d been waiting for. Shark was out of surgery and he was doing just fine. In fact, the little puppy was starting to feel much more like himself.

So, what exactly did the dog ingest that made him so violently ill? Well, it was something that both Eilish and the vet couldn’t believe. Apparently, Shark had eaten a six-inch-long stuffed octopus chew toy. But it’s not even like he ate it in pieces either. No, the little pittie had actually swallowed it whole!

How he managed to swallow the chew toy whole is an absolute mystery, but even more mysterious is how he got the toy to begin with. It wasn’t one of his, so Eilish can only assume that he must’ve come across it while at the dog park and then eaten it. 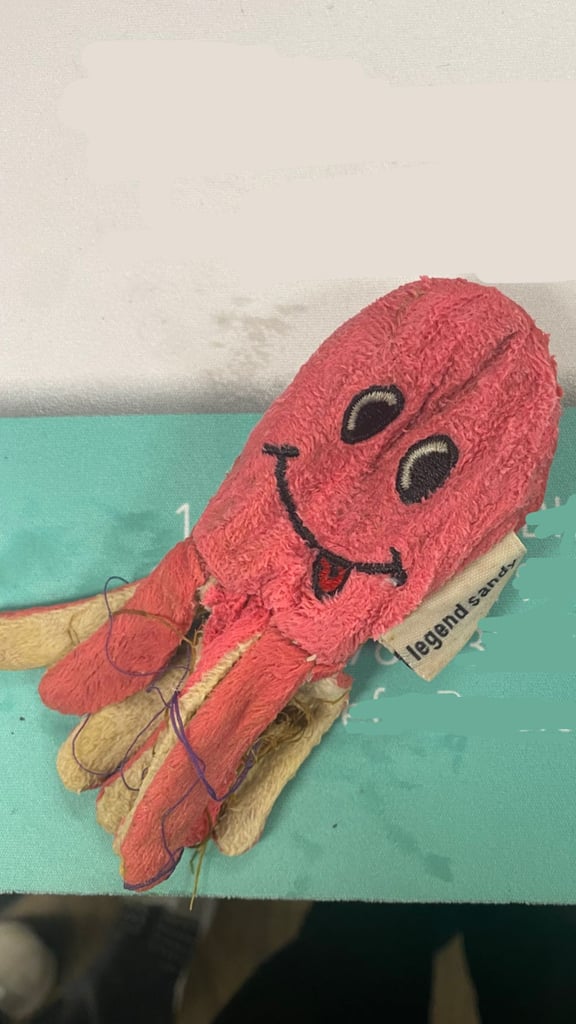 As Eilish said in one of her stories, “He swallowed it whole!. You know the weirdest part about this sh*t? I’ve never f*cking seen that toy in my life! This all could have been avoided if he hadn’t f*cking swallowed a f*cking stuffed animal whole! He’s such a f*cking idiot, but I love him.”

After returning from his trip to the vet, Shark had to wear his cone of shame for two whole weeks as well as take medication. But Eilish was just happy to have him home after his four-day ordeal. Hopefully Shark has learned not to go around eating chew toys!