A man riding a motorcycle has been called a hero after saving a kitten in a busy street.

The man, named “Quentin”, is seen in the video riding his motorcycle in Mons, Belgium when he came across the scared kitten. He quickly jumped off his bike and pulled over to the side of the road. 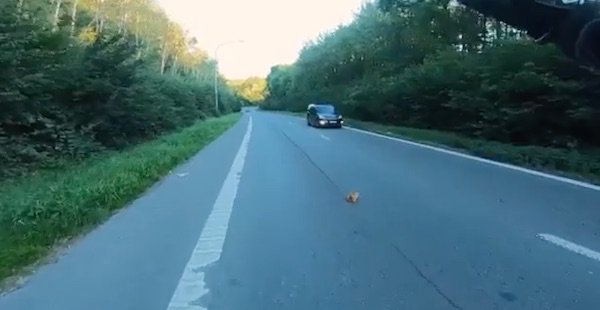 Another man came to help and the two of them waved traffic to make sure that the cat wouldn’t get hit.

Quentin then runs into the middle of the road and grabs the kitten before carrying it to safety. 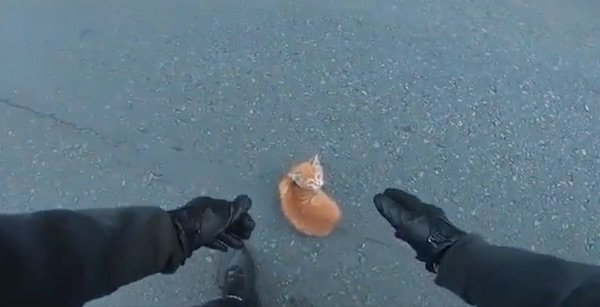 The two men stand on the side of the road trying to figure out if the kitten is lost or abandoned. 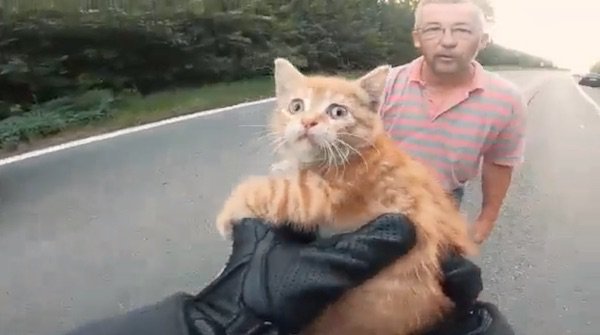 Their dialogue goes as follows (translated by a redditor):