The day before Beulah died, witnesses reported seeing the pain in her eyes. Nearby, a disinterested handler held a bull hook in one hand while staring at the phone in his other.

The life of a circus elephant is far from comfortable. In Beulah’s case and many others, it’s enslavement until death.

Beulah was owned by the Commerford Zoo and exploited for profit until she collapsed in Massachusetts at the Big E Fair. 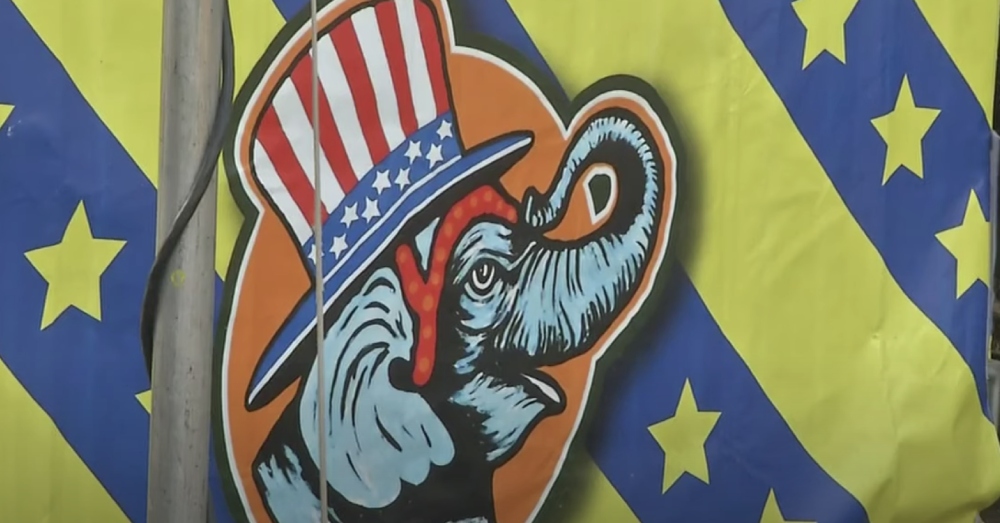 “The Commerford Zoo, despite knowing Beulah was suffering from a serious and painful uterine infection, chose to transport her from Goshen, Connecticut to West Springfield, Massachusetts with the intention of forcing her to labor for the entirety of the two-week fair,” reports Courtney Fern, Director of Government Relations for the Nonhuman Rights Project. “Instead, three days into the fair, Beulah collapsed multiple times before dying of septicemia, or blood poisoning, caused by the uterine infection.”

Sadly, Beulah was not the first elephant driven to death by the Commerford Zoo. An African elephant named Karen, 38, died in March 2019 of kidney failure, the NhRP reports.

“Karen was last seen in July 2018 at the Meadowlands Fair in New Jersey,” Fern writes. “Fairgoers were alarmed by her treatment, observing Commerford Zoo employees thrusting a bullhook repeatedly into her sensitive skin, forcing her to give rides to countless adults and children on hard asphalt with few breaks, and tossing her hot dog buns for food.” 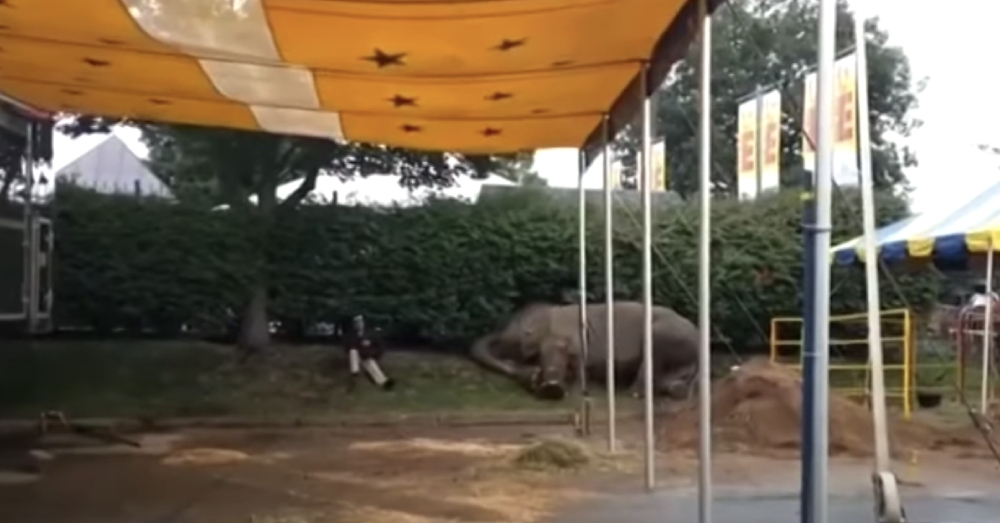 Source: YouTube/Western Mass News
Beulah was seen laying on a small patch of grass the day before she died.

Karen’s death was kept a secret by the zoo until a USDA probe revealed the truth. Karen might otherwise lived to be 60 years old had she been treated with decency and set free. 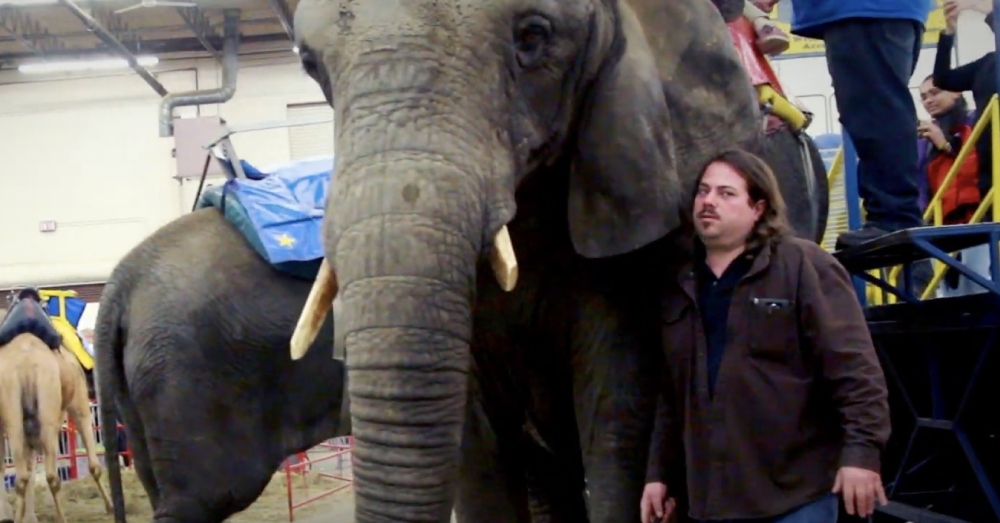 Source: YouTube/Nonhuman Rights Project
Elephant handlers carry bullhooks that can cause the animals pain and suffering.

The Commerford Zoo has not changed its policies regarding animal treatment, nor has it stopped exploiting elephants for profit. Today, 48-year-old Minnie, an Asian elephant, is forced to perform just like Karen and Beulah.

“For almost five decades, the Commerford Zoo has forced wild-born Asian and African elephants, who were stolen from their herd and imported into the United States, to work for their financial gain,” Fern writes. “They have rented them out for weddings, TV commercials, movies, events, and more.” 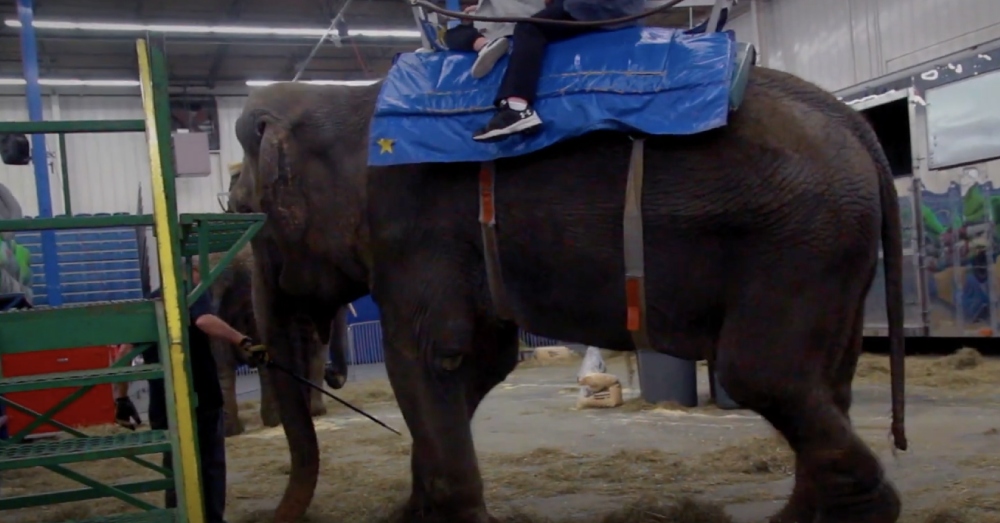 Source: YouTube/Nonhuman Rights Project
Minnie is the Commerford Zoo’s last remaining elephant, and faces the same fate as Karen and Beulah if USDA regulators do not intercede.

The elephants have been crammed into cages and transported across the Northeast U.S. forced to perform while being painfully poked and pulled by a handler’s bullhook at every stop.

According to the NhRP, the Commerford Zoo has been cited by the USDA more than 50 times for violations of the Animal Welfare Act. Despite these warnings and multiple deaths, the zoo has kept its license and continues to exploit elephants.

“Minnie is now alone, without the necessary companionship of other elephants,” Fern writes. “The Commerford Zoo is merely keeping Minnie alive; nothing about her life resembles what is necessary to meet her basic physical, psychological, and biological needs. She is kept on the Commerford Zoo’s small property in rural Connecticut where she appears to spend most of her time in a small, dark concrete-floored barn.” 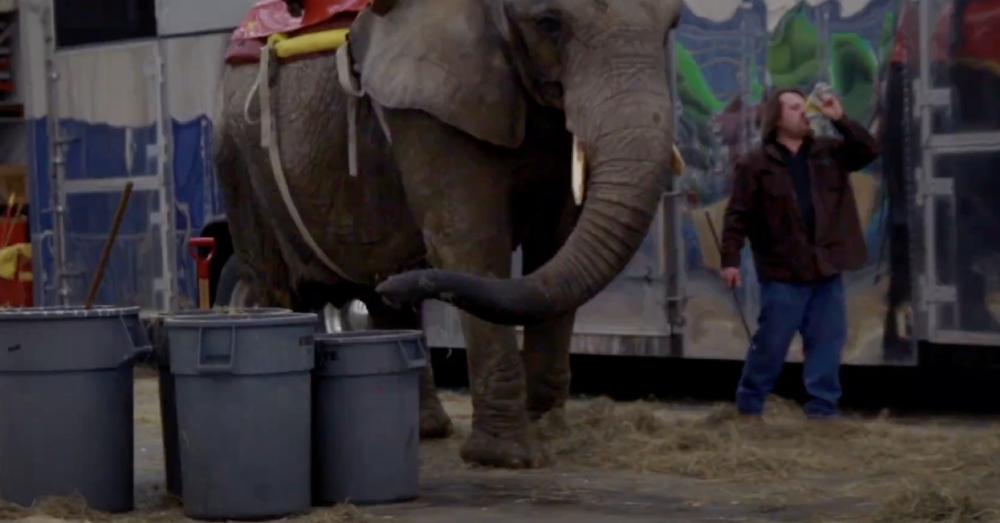 Social distancing restrictions have driven the Commerford Zoo’s attendance down. And less money from ticket sales leaves less money to spend on food and veterinary care for animal performers. But the zoo would rather force its only remaining elephant to face this hardship rather than relinquish Minnie to a caring sanctuary where she can live the rest of her life out in comfort, the way wild animals are meant to live.

According to the NhRP, the zoo has set up an online funding campaign to subsidize the cost of Minnie’s care, while also claiming to provide a “sanctuary” of their own. But the zoo is far from a sanctuary, and has already planned on forcing Minnie to take zoo visitors around on her back, as discussed in the minutes of a Town of Goshen Planning & Zoning Commission Meeting on May 26, 2020. 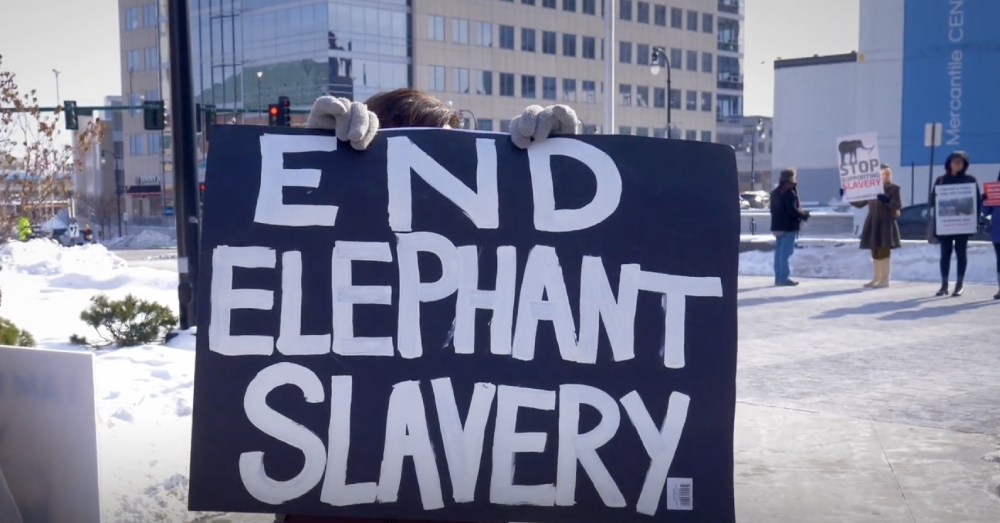 Source: YouTube/Nonhuman Rights Project
Pressure is mounting to end the exploitation of elephants in circuses.

In August, the zoo reopened to the public but without any elephant exhibits. Minnie’s welfare and whereabouts are as of yet unknown.

“We remain greatly concerned about Minnie, especially because the local, state, and federal agencies responsible for overseeing the Commerford Zoo—USDA’s Animal and Plant Health Inspection Service (APHIS), the Connecticut Department of Energy and Environmental Protection (DEEP), and the Torrington Police Department’s Animal Control Division—have yet to take any action to ensure that Minnie’s basic needs are being met,” Fern writes. “Minnie has the chance to avoid Beulah and Karen’s fates, and Beulah and Karen’s stories must not be forgotten.” 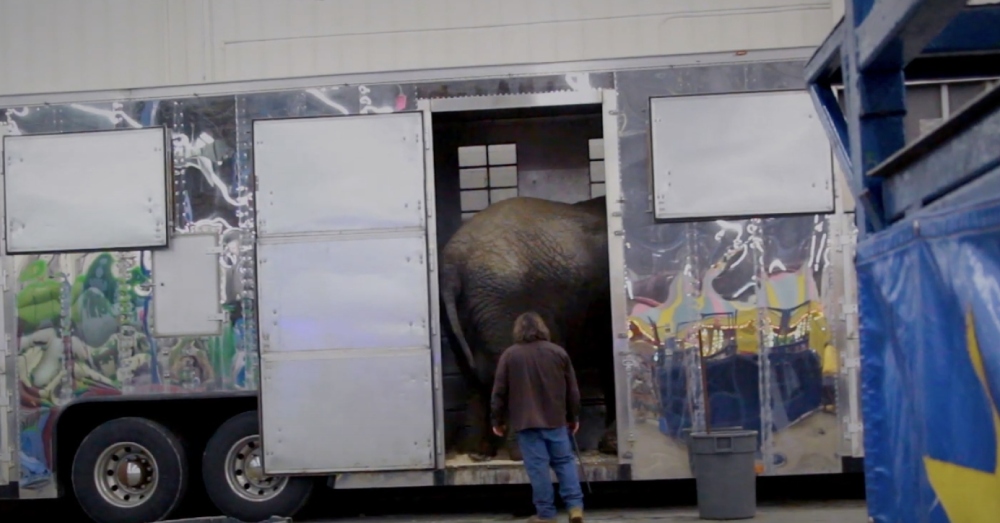 Minnie’s future is now in the hands of the Town of Goshen Board of Selectmen, who have the authority to request an emergency inspection of the Commerford Zoo. Authorities involved in that inspection would be able to report on Minnie’s care and well-being.

Click the button below to help save Minnie’s life.

Save Minnie From Exploitation and Death The Commerford Zoo has already worked two elephants to death for profit. Stop them from doing the same to Minnie!

Despite USDA citations and multiple deaths, the failing Commerford Zoo still intends to force Minnie to give rides to its visitors.

Minnie’s only hope is if local officials intercede. Click to save this elephant’s life!