Dog Who Spent 1,076 Days In Shelter Finally Gets Adopted and Cannot Stop Smiling

All dogs deserve a loving home.

Bentley, an American Bulldog mix, arrived at the Pennsylvania SPCA in 2016 as a frightened and timid dog. He was rescued from a cruel and neglectful situation and had little socialization. The staff spent the first several months just trying to show him that he was safe. They decided to bring him into the behavior office, which was the closest thing to a home the shelter had.

Slowly, Bentley’s personality started to emerge. The staff fell in love with the sweet boy and didn’t understand why no one was adopting him. They got creative and had a large cardboard cutout made of Bentley and placed it around the shelter, so everyone who entered saw the handsome boy. 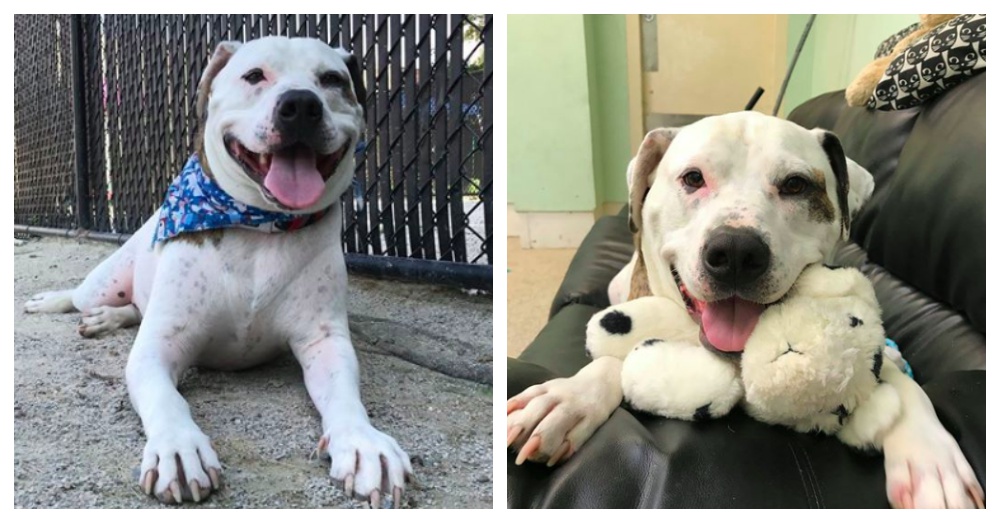 “He had been living in the behavior office for two years and made incredible progress there. Our team says he’s practically a person -he’s very intuitive and will lick your face when he senses that something is wrong,” posted the shelter. 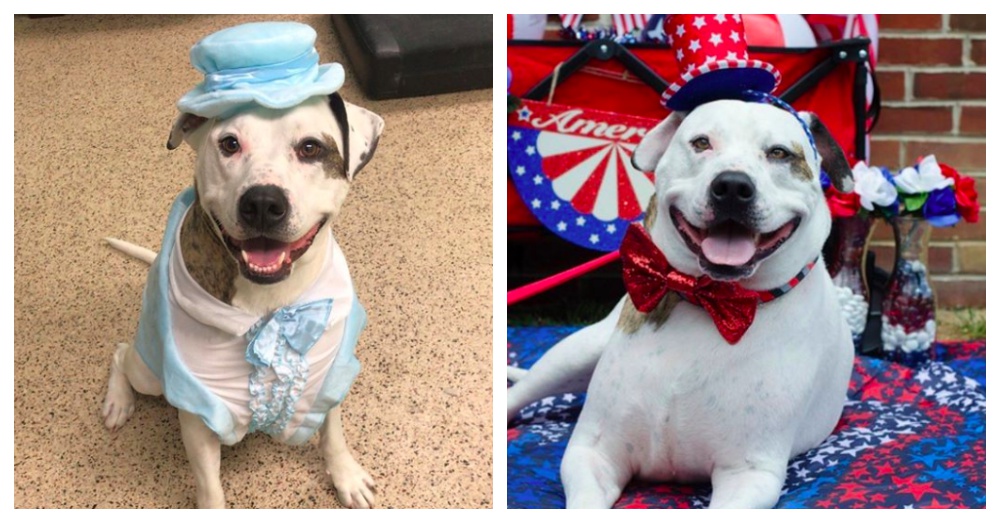 When that didn’t work, they featured his adorable face on the shelter’s social media every Tuesday, #TuesdayswithBentley, and they even dressed him up to show his playful side. Sadly, Bentley remained at the shelter year after year. 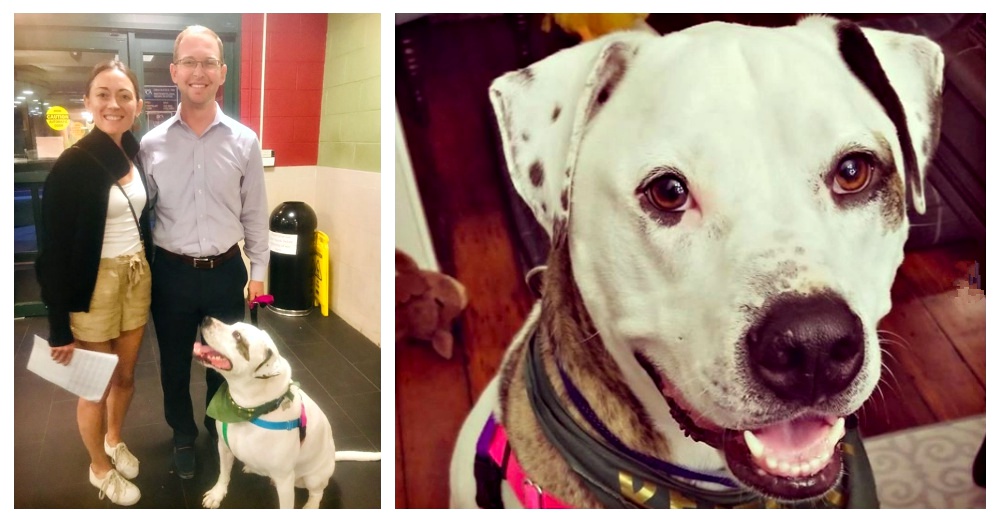 It was nearing his three year mark when a couple inquired about him. After spending 1,076 days in the shelter, 6-year-old Bentley had finally found his forever family. “It’s here. The day we wait for in animal welfare. The day when you approach the kennel of a dog who has been in the shelter for exactly 1,076 days…and they aren’t there. They aren’t there for the best reason – they are spending their first day in their #furever family,” wrote the shelter. 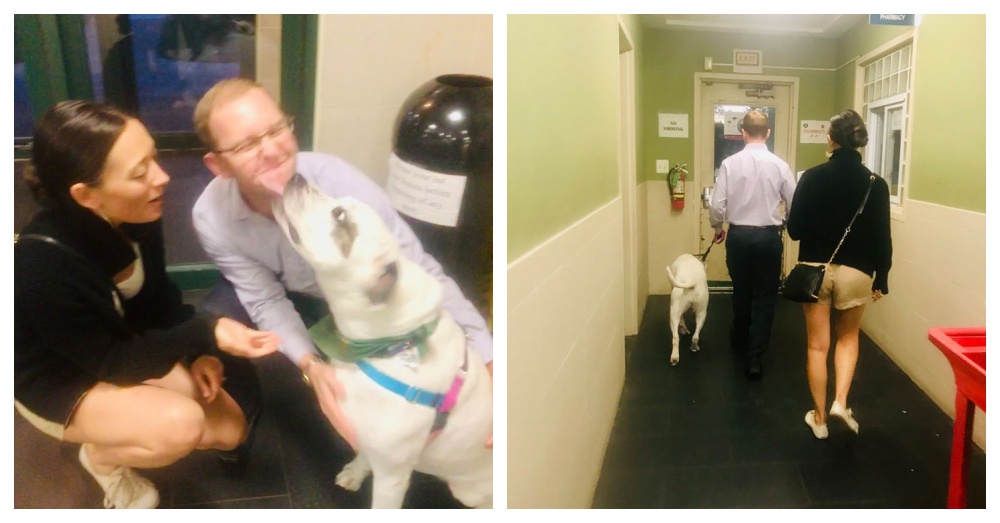 The couple said Bentley is settling in nicely and constantly smiling. The couple told The Dodo that they both have stressful jobs, but coming home to Bentley every day has definitely helped. The sweet boy is so happy to be in a loving home and enjoys the simple things like rolling on a soft rug and sitting like a person on furniture. 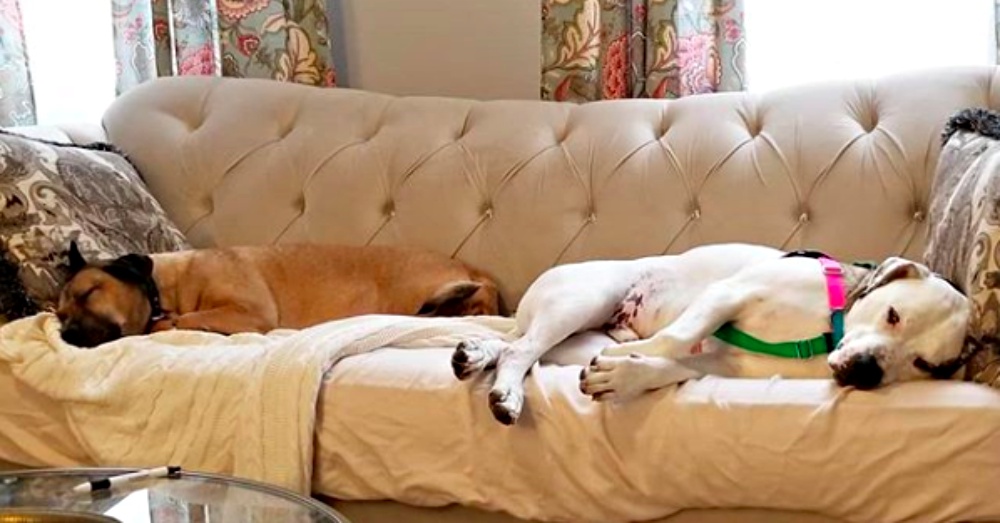 He shares the home and the couch with his canine sister, Butters. Bentley will never want for anything again and will spend the rest of his days surrounded by people who love him. His new parents posted a picture of his freedom ride with the caption, “Freedom never felt so good!” 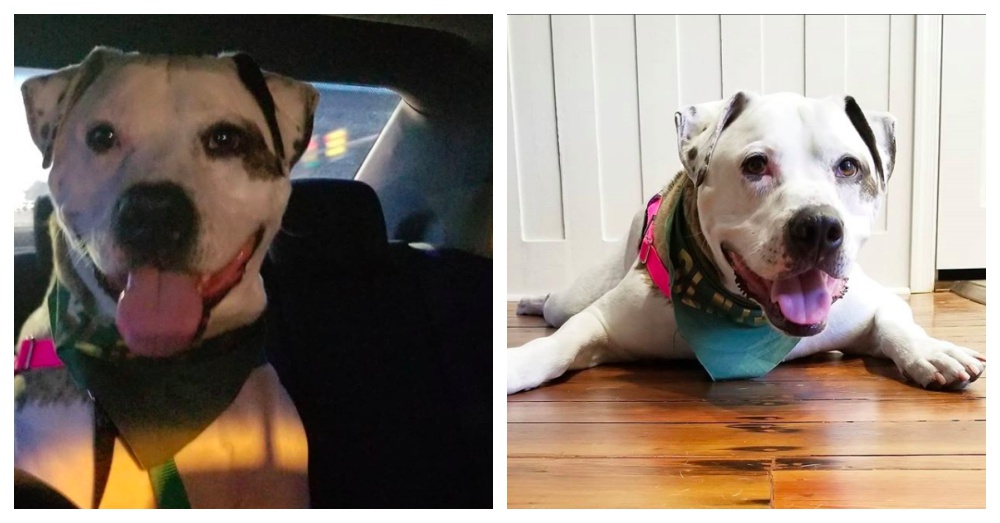 While the staff will miss seeing Bentley, they are so happy that he has finally found a loving home. The shelter thanked everyone involved in caring for Bentley over the past three years. “Thank you, to everyone who shared his story, to everyone who sent him special treats, to all the volunteers who loved him every one of those 1,076 days, and especially to his shelter staff who was his family until his family came along. It takes a village, and today, we celebrate.”

There are so many dogs just like Bentley that have spent years in the shelter and just want a loving home. Adopt don’t shop!

Adopted Boy Wanted To Be The One To Hold His Dying Dog As She Went To Heaven: Click “Next” below!