When Cheryl DelSangro first discovered Benny, he had been at a kill shelter in Utah for six months and had been scheduled to be put down. The day before he was supposed to be killed, a no-kill organization managed to rescue him, but they couldn’t find anyone who wanted him. Thank goodness Cheryl came along then and made arrangements to adopt him. Now, at eight years old, the yellow labrador is showing everyone that he had a lot of life left to live—and lived it he has!

Cheryl, who used to be a professional figure skater, first got the idea to teach Benny to ice skate when she was asked to be part of a cheer video for the Vegas Golden Knights ice hockey team. She brought Benny along, and he clearly enjoyed every moment on the ice. So Cheryl decided to see what she could do to teach him to skate. 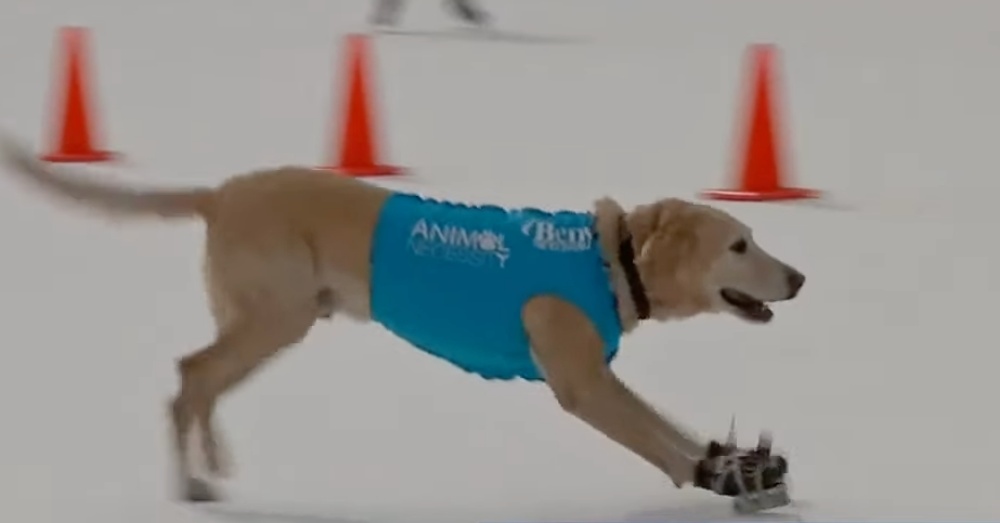 Now Benny loves going to the rink and sliding around on the ice with everyone, and he knows about 60 tricks. He even has custom-made skates for his front feet, which took two months to make. But it only took Benny one day to begin learning to skate on them.

“He’ll just run on the ice whenever he wants and skate around after me and chase me and so he really does like it,” says Cheryl. 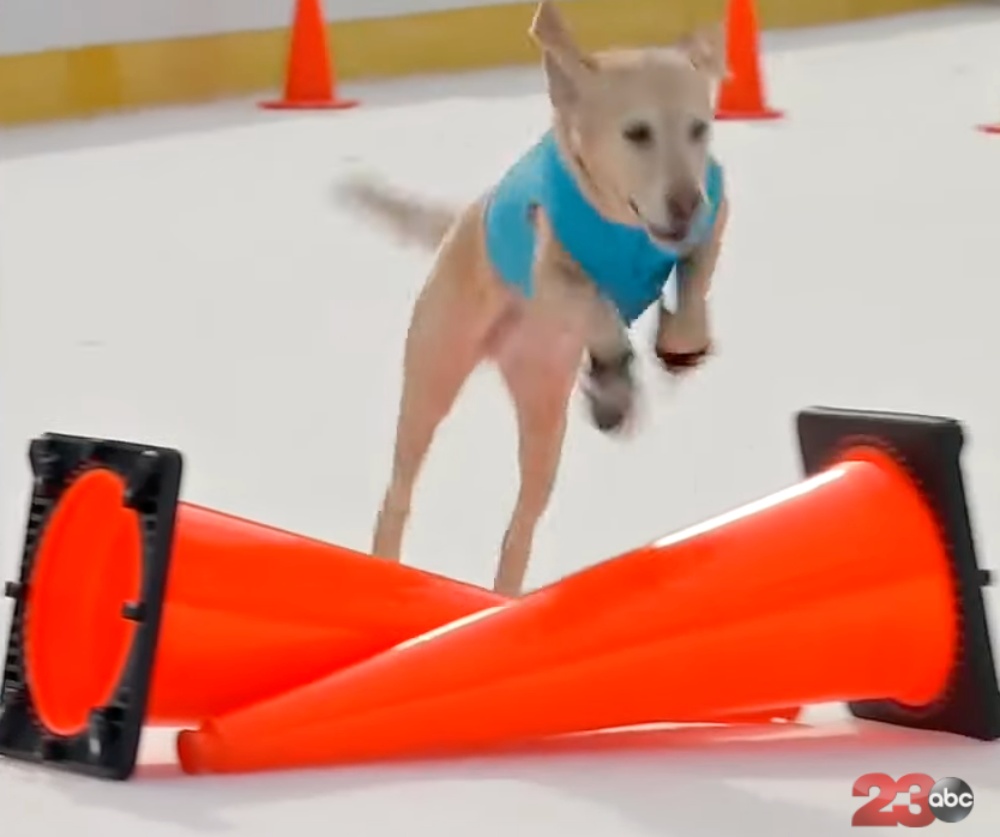 Benny’s ice skating skills have helped him with his other achievements as well. He attracts so much attention, and Cheryl has been able to channel that attention to raise awareness for shelter animals and money for charities, including the Animal Vision Foundation.

“People love watching him,” Cheryl says. “He’s so happy and excited to be on the ice. People comment on how much he loves it and how his tail never stops wagging.” 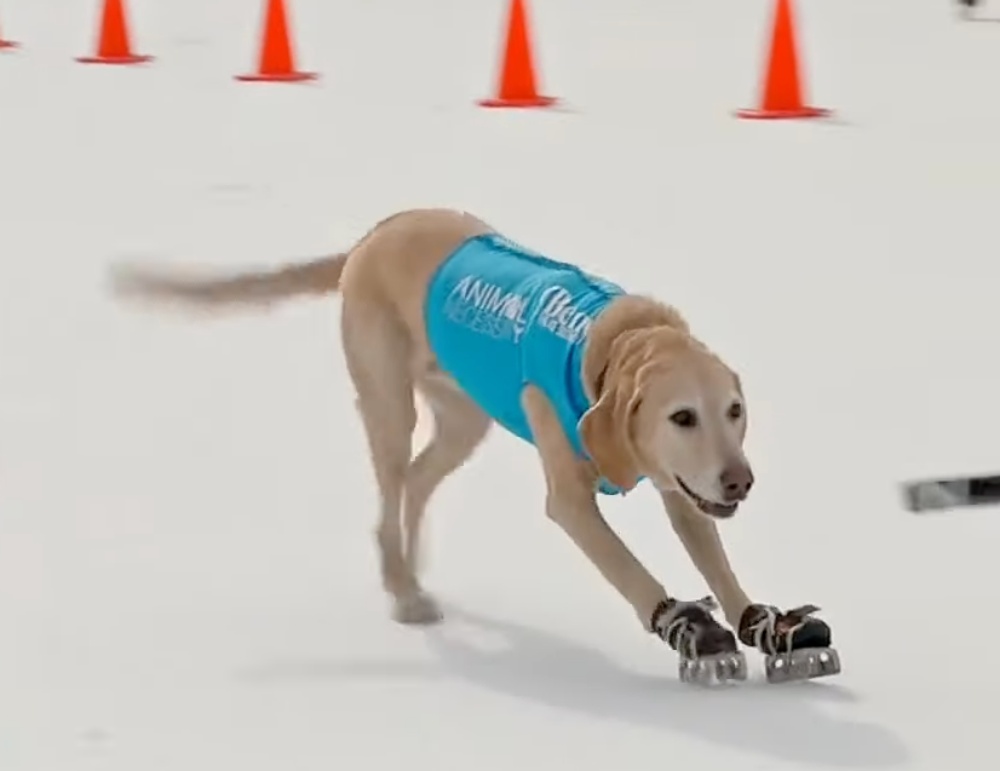 Benny brings countless smiles to those who watch him skate, and he’s even helped kids with autism find the courage to get out on the ice and try skating as well. He works with Spectrum on Ice, a program that teaches kids with autism how to skate and play ice hockey. The sport is good exercise, helps kids with their coordination and other skills, and opens the door to new friendships and teamwork. And Benny gets to be there to help them open up to try something new. 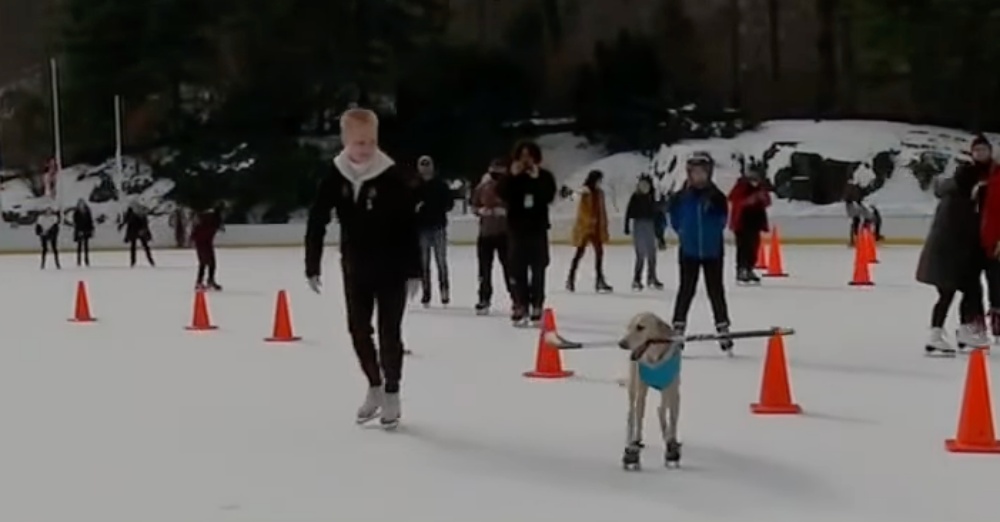 “For many kids, it’s the first time they have touched or interacted with a dog,” says Cheryl.

Benny’s helpfulness has earned him the American Kennel Club Exemplary Companion Award. Cheryl hopes he will be able to continue helping people and ice skating for a few years to come and that his legacy will be a reminder of the great things rescue dogs can do when they’re given a chance to thrive.

Check out the video to see Benny’s adorable skating tricks. He’s a cutie, that’s for sure! Way to go, Benny!