When you think of playing fetch you picture a dog, but a beluga whale near the North Pole likes the game as well.

A beluga whale is one of the smallest species of whale, but still weigh up to 3,000 pounds. Their protruding forehead makes them easy to identify. They live in the Arctic Ocean and are very social animals.

A crew member aboard the South African Gemini Craft boat spotted a beluga whale headed towards the boat and decided to toss a rugby ball into the water. Everyone was shocked when the whale went and fetched the ball returning to the boat with it in its mouth. 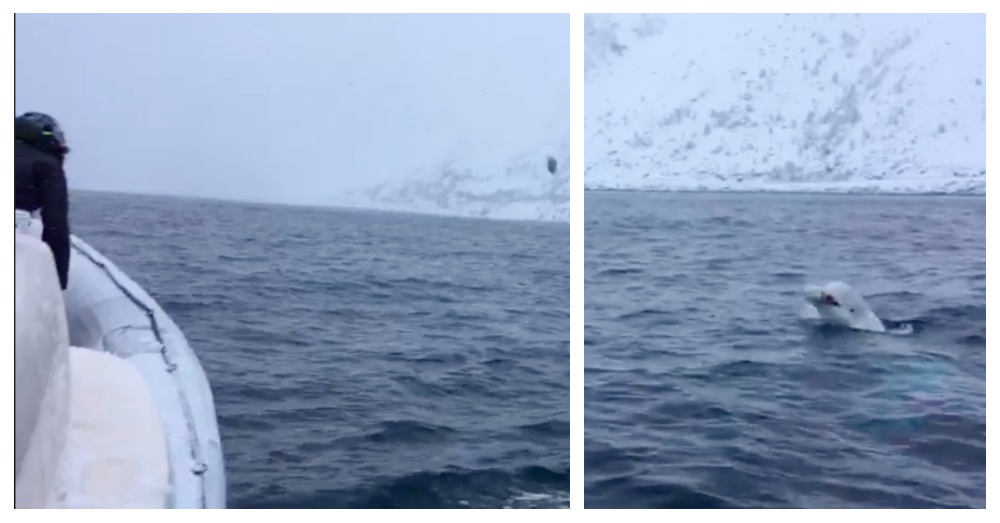 The whale played with the ball but then returned to the boat and dropped it to be thrown again.

The boat was sailing through the Arctic Ocean near the North Pole where many beluga whales live, but the crew was not expecting to encounter one that was so friendly and playful. 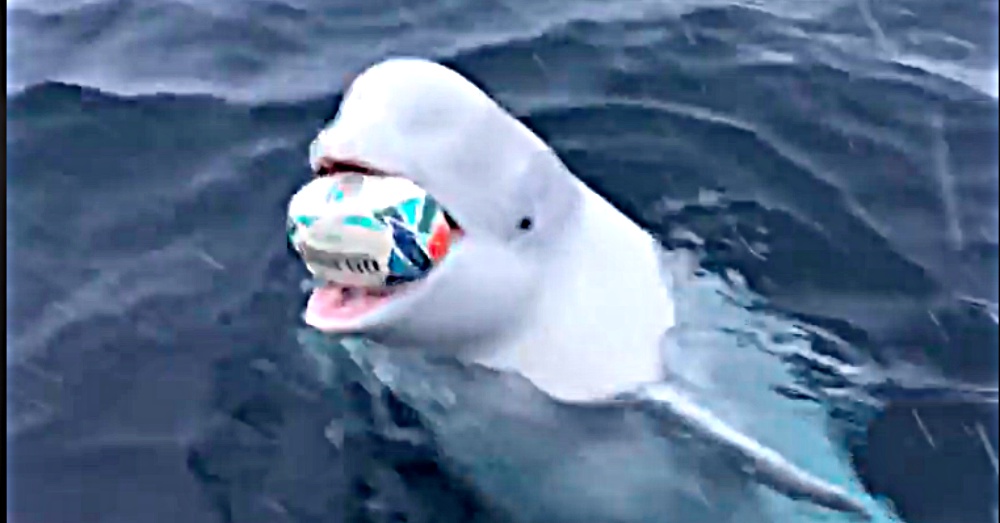 The adorable fetch moment was captured on video and shared for the world to enjoy. The video went viral with over one million views. 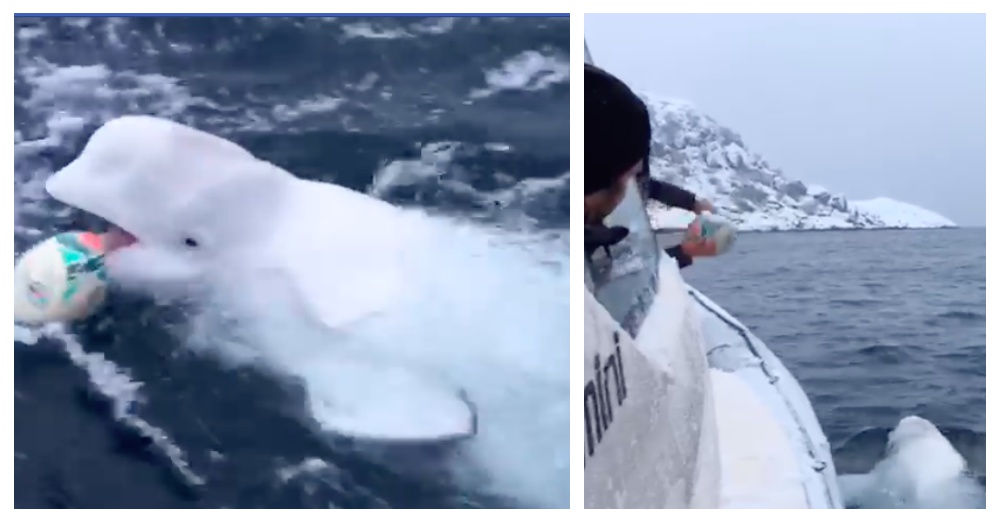 One person commented, “Real life, better than being at sea world with locked up animals.” Another said, “Water dog”.

It’s not every day that you see a whale play fetch. Check out the video below and don’t forget to share!