If you’ve ever lost your phone while out on the ocean, chances are slim and none that you’d get it back.

Ina Mansika was sailing in the waters around Hammerfest, Norway, looking for the beluga whale that had recently defected from Russia. The whale was first spotted by local fishermen, who removed a tight harness, likely used for securing camera equipment.

Mansika brought her Apple iPhone along, hoping to catch a video of the former military mammal. To her surprise, it came up to greet the curious crew. 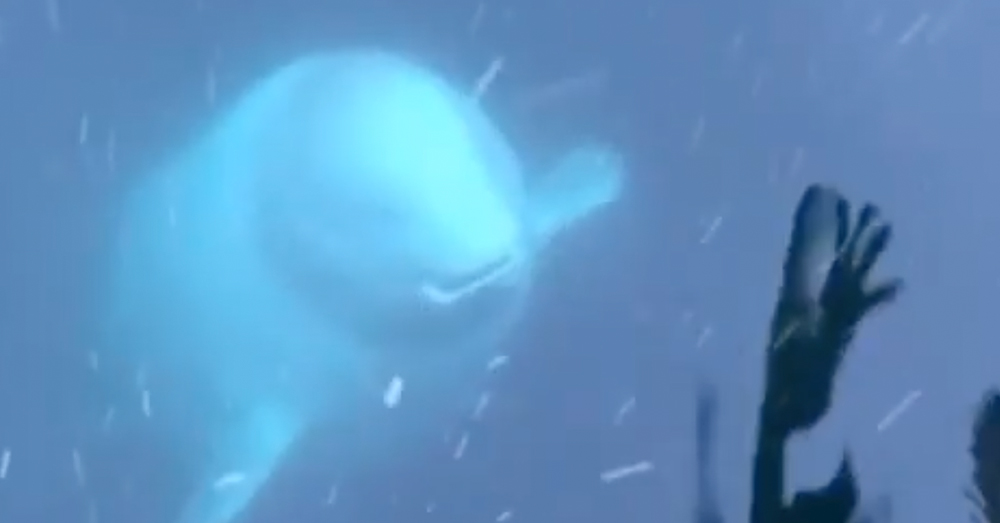 “We laid down on the dock to look at it and hopefully get the chance to pat it,” Mansika told The Dodo. “I had forgotten to close my jacket pocket and my phone fell in the ocean. We assumed it would be gone forever, until the whale dove back down and came back a few moments later with my phone in its mouth!”

The whale was likely not informed of Apple’s repair policy, nor did it realize the phone was bricked from water damage. To Mansika, that’s beside the point. The kind gesture was very much appreciated.

“Everyone was so surprised. We almost didn’t believe what we saw,” she said. “I was super happy and thankful that I got my phone back.” 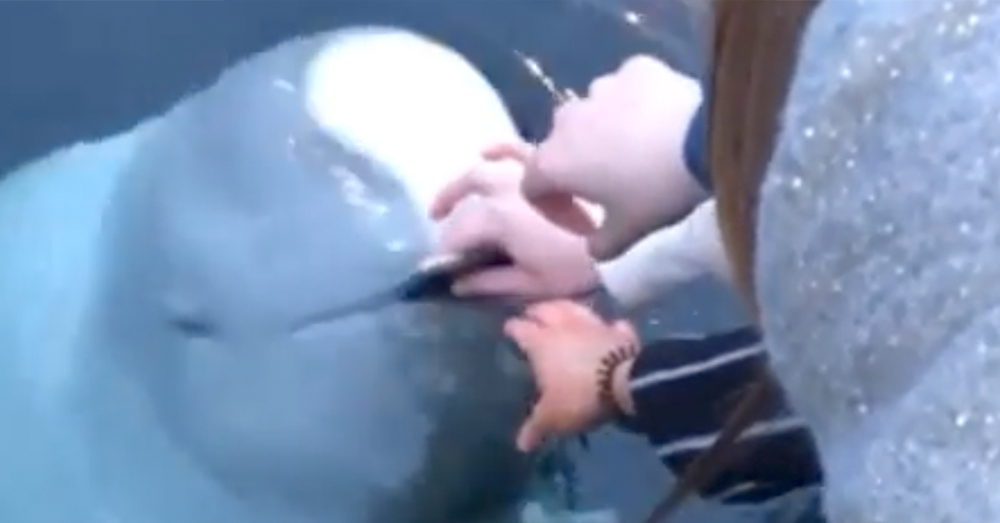 Source: Instagram/isa.opdahl
The whale returned this visitor’s iphone from the Norwegian Sea.

Catherine Kinsman, co-founder of the Canadian Whale Stewardship Project, told the Washington Post that the whale was “clearly been trained under the care of humans for a good long time,” and might not be able to survive without the help of humans.

What Mansika and her friends witnessed was likely the whale attempting to engage in social companionship and interaction.

“That need is so strong that they come right up to boats, as they are attracted by sounds and by motors,” Kinsman said. 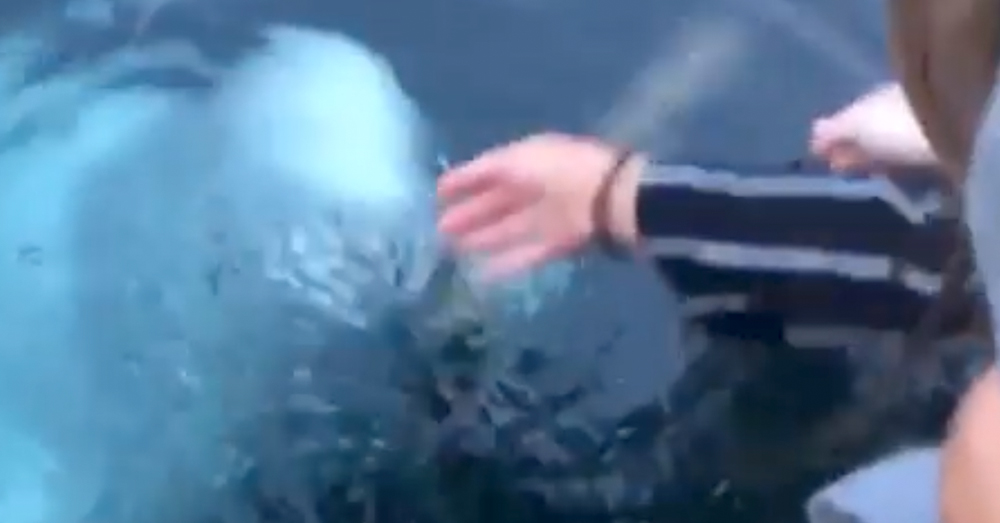 Source: Instagram/isa.opdahl
After a nice nuzzle, it went back underwater.

The whale will not be sent back to its former home at the Naval Base in Murmansk, unless it feels like swimming there. In the meantime, plans for a sanctuary in Iceland may someday soon attract this Beluga to more comfortable waters.

when animals are kinder than humans 💖🐳 #beluga #whale This video is being represented by LADbible Group. To use or license this video please email licensing@ladbiblegroup.com