Bellin, a Siberian Husky, went through an extraordinary transformation, both physically and mentally. He did not have it easy in the past. His owner abused him and neglected him so badly that he wound up in jail because of it.

He was rescued by Animal Care Services in 2011, after neighbors reported the abuse. He ended up being fostered by the Fontenot family who eventually adopted him. When they first saw Bellin, he was in heart-breaking shape. 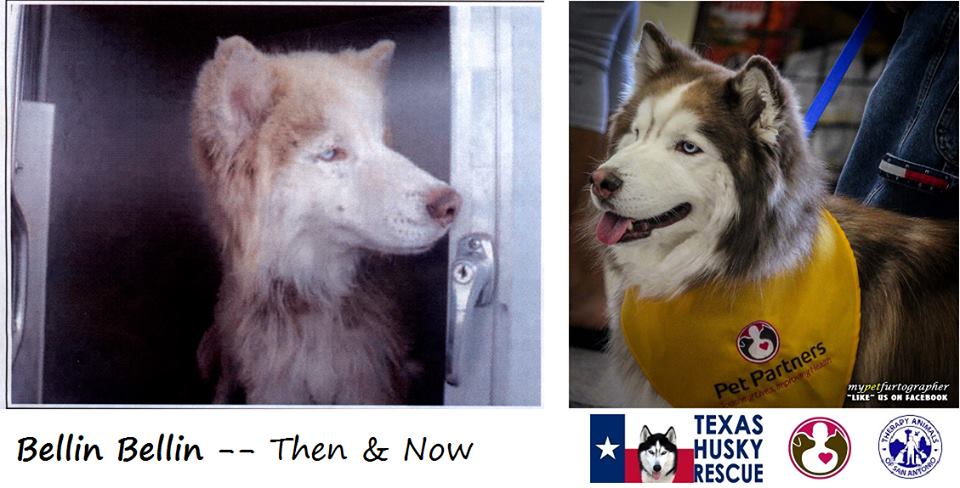 “He moved around like everything hurt. He would not make eye contact,” Steven Fontenot told ABC 12. “When I touched him, he would just freeze up, stare off into space, and wait to be hit. That was all Bellin knew of life.”

Over time, Bellin finally learned to trust again. He came out of his shell and grew to be a very sweet, happy dog. 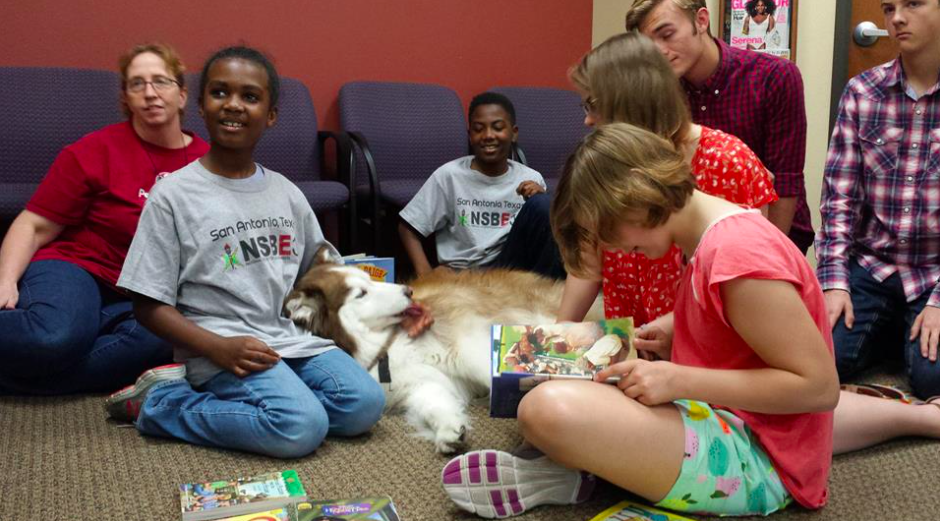 His parents wanted to take his rough past and everything he has overcome and put it to good use. Bellin became a therapy dog, and he now visits the Children’s Shelter to help kids who have also had rough pasts. These kids have also been abused, some lost their homes, and others lost their families. Since Bellin survived abuse, he now helps the kids heal from theirs too.

The kids love Bellin and shower him with hugs. In return, Bellin puts big much-needed smiles on their faces, which is a gift in itself.