Hope for Paws, an animal rescue organization, received a text alerting them about a horrified homeless dog who was living by the Los Angeles International airport.

Rescuers quickly drove to the scene to try and find her so they could get her the help she so desperately needed. Once they spotted her, they tried to lure her closer with food, but she was too afraid and wouldn’t come near them. Whenever she saw them, she would run away and disappear, so rescuers had to come up with a better plan to catch her. 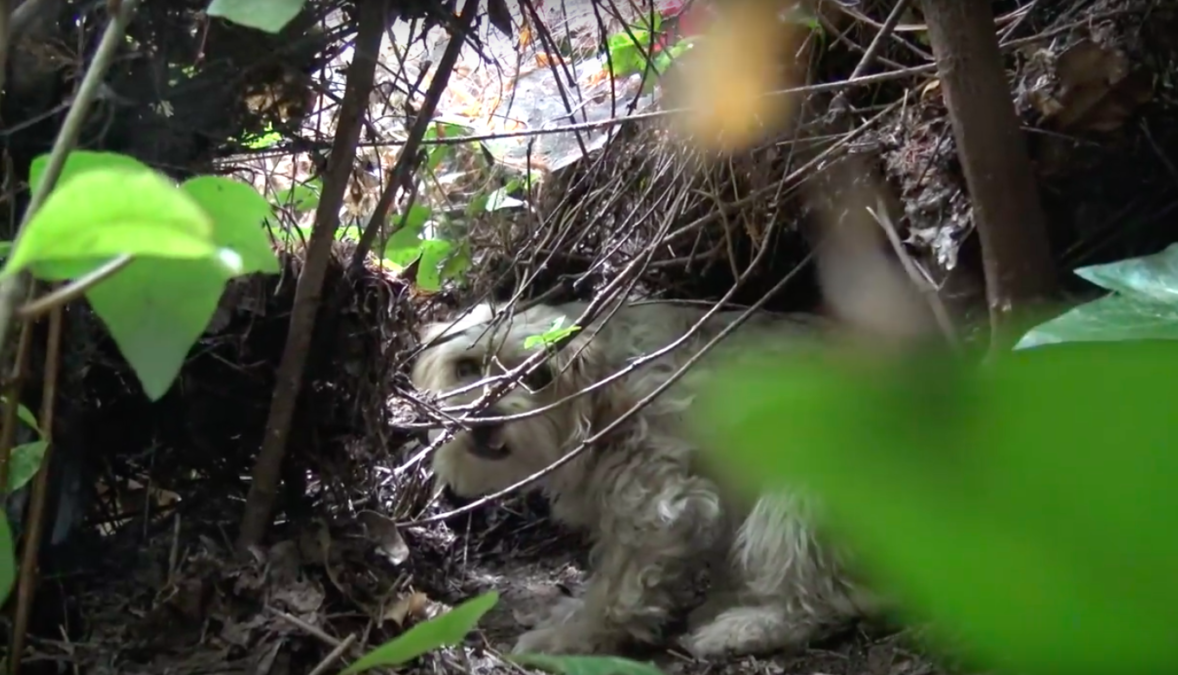 They knew the best and easiest way would be to set up a humane trap, but unfortunately the pup was too smart to fall for that. So they had to come up with a different plan. The next day, they decided to bring one of their rescue dogs, Sophia, hoping the stray dog would come out for her. But that didn’t work either; as soon as she saw Sophia, she ran away. 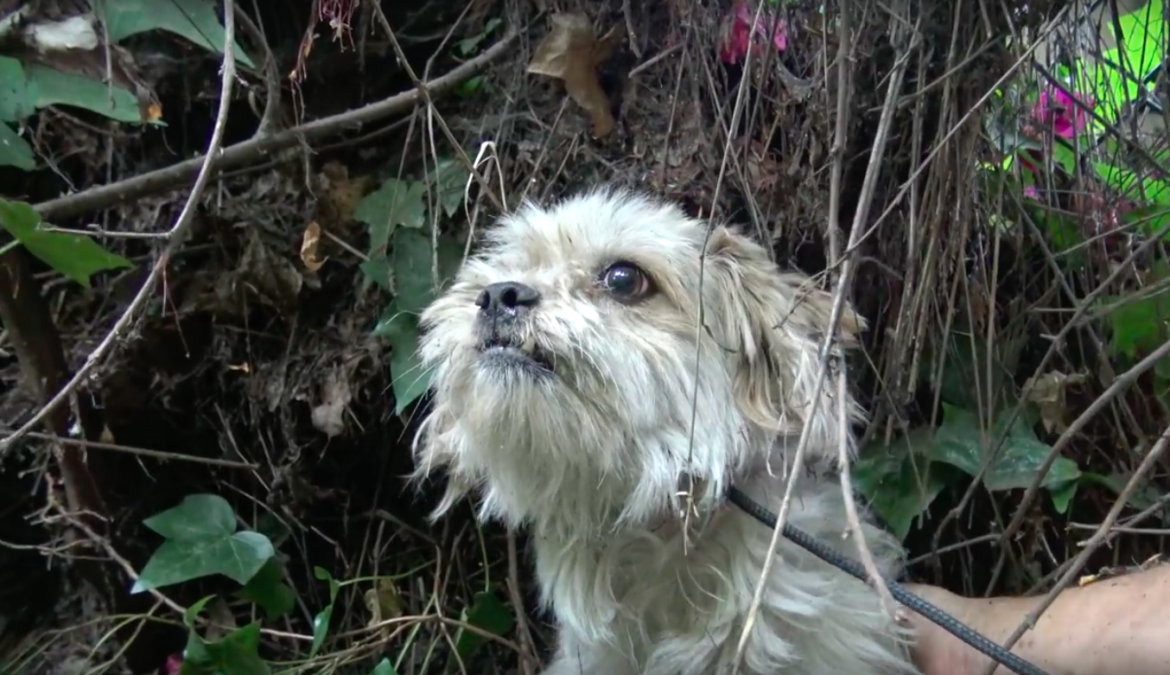 The next day was their seventh attempt at catching this homeless dog. Someone told rescuers that they knew where the dog was sleeping at night, so they went there to look for her. When they arrived, a Good Samaritan was there to feed her. 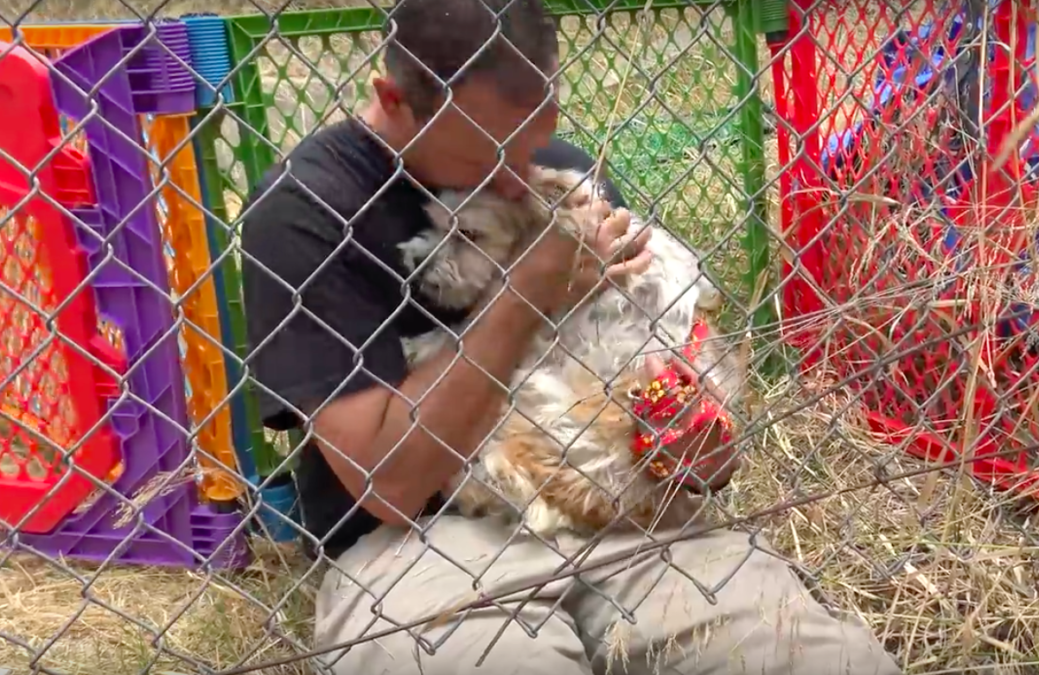 Rescuers blocked every possible escape route in the hope that they could finally catch her. As they approached her, she fearfully cowered in the bushes. Rescuers were finally able to get their snare around her and pull her out from the brush. But it wasn’t easy. The pup was still scared and fought back. We can only imagine what she had been through while living on the streets that made her so afraid of humans. 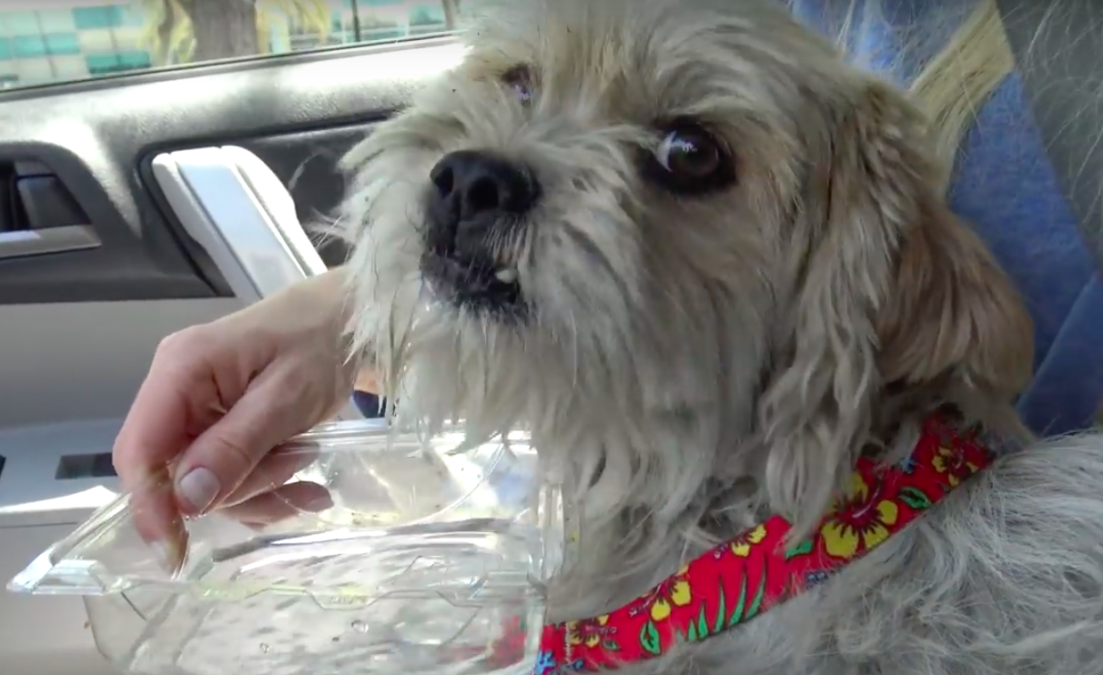 After a few minutes, the dog, who they named Bellanca, finally began to relax and allowed rescuers to pet her head. She was finally realizing that these people were there to help her, not hurt her. She began acting like a completely different dog. Once she trusted the rescuers more, she began to break out of her shell and was very loving, friendly and affectionate. 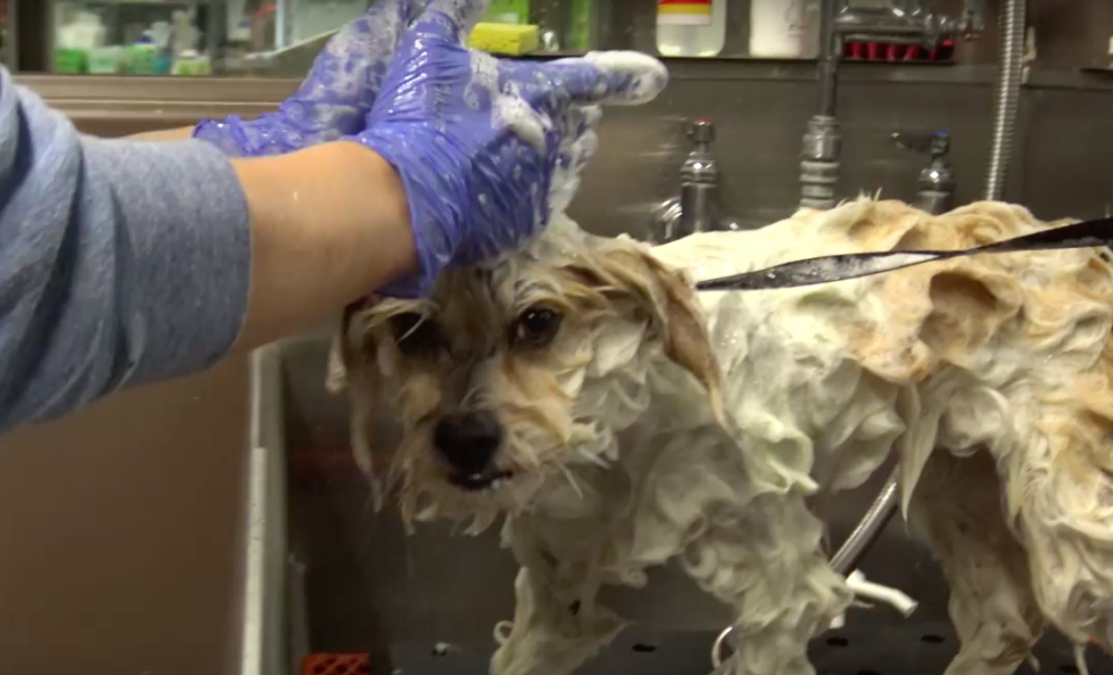 They brought her back to their clinic where they gave her an exam and a much-needed bath. Bellanca was so thrilled to finally be safe and clean. She got to meet new doggy friends and is doing great, but she’s still looking for a forever home! 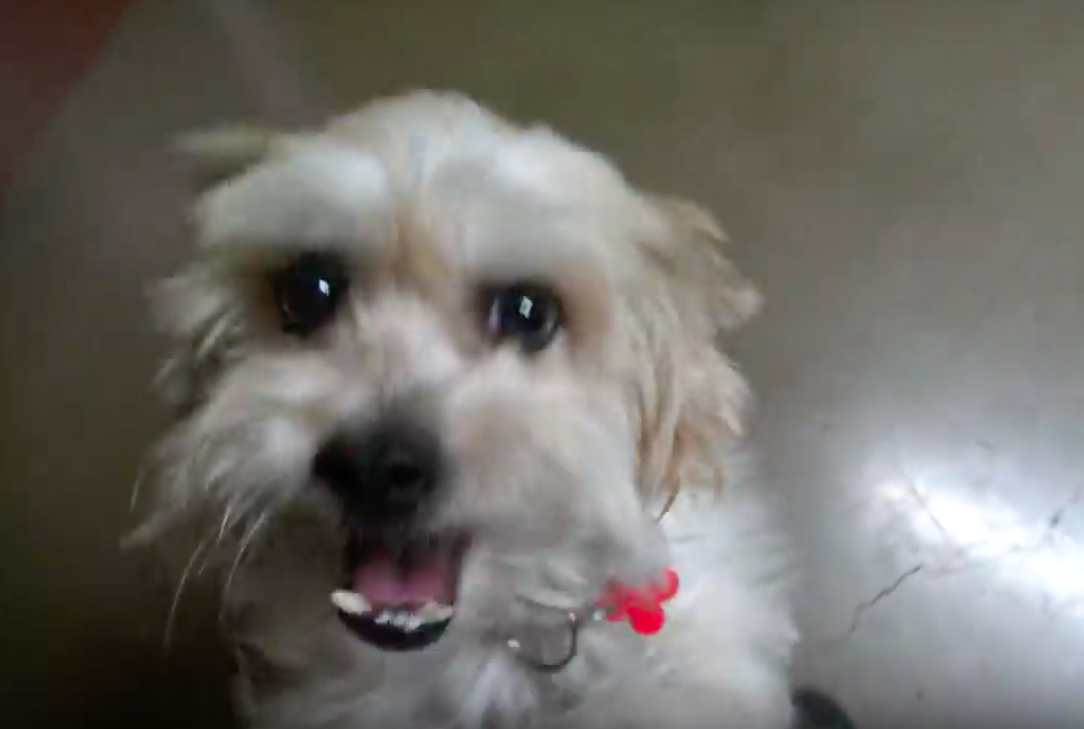