This Pit bull, named Bella, was rescued after she was found covered in cactus spines. But sadly that wasn’t the worst of her problems. She also had a tumor on her leg which was soon diagnosed as cancer.

She was taken in by Mayday Pit Bull Rescue & Advocacy and treated by a vet, but sadly, her cancer spread. The vet found another lump under her arm that they tested and it came back full of mast cells. Because the tumor was deep-seeded rather than a surface tumor, the cancer was systemic, meaning it spread to other areas. 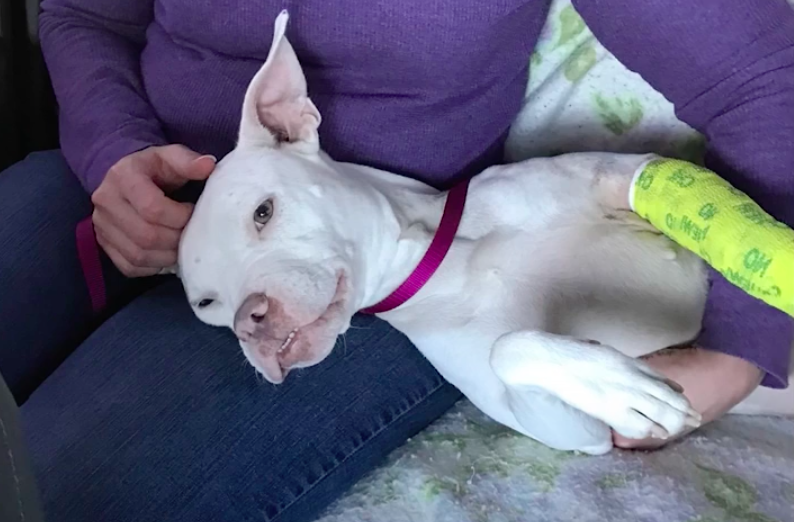 She tried different treatments and medications, but amputating her leg wound up being her best chance at survival. Thankfully, the surgery to remove her leg was a success. Once she got her stitches out, she was ready to start chemotherapy. 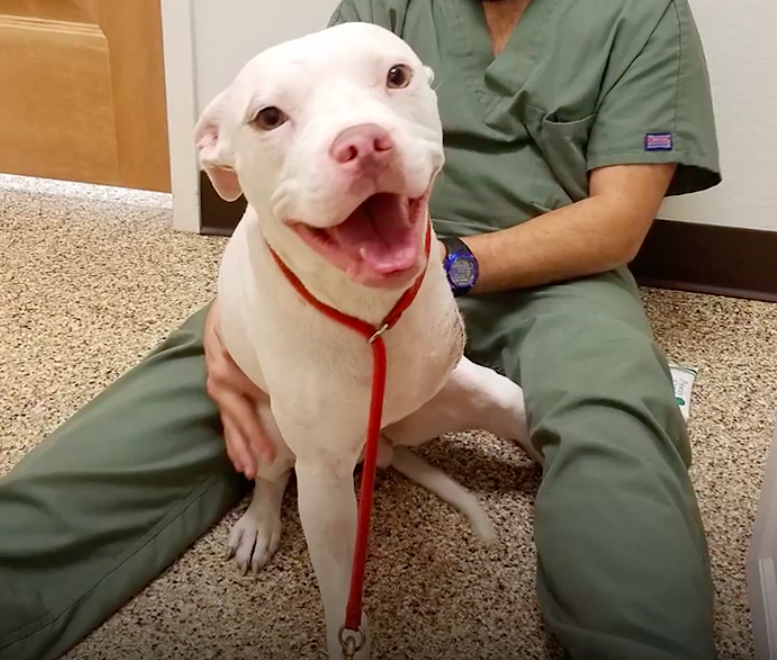 Despite everything this poor pup had been going through, her smile never left her face. She is such a happy dog and is extremely friendly and affectionate. In the video below, you can see Bella splashing around in her little pool. She may have three legs, but she doesn’t know that she’s any different from other dogs. 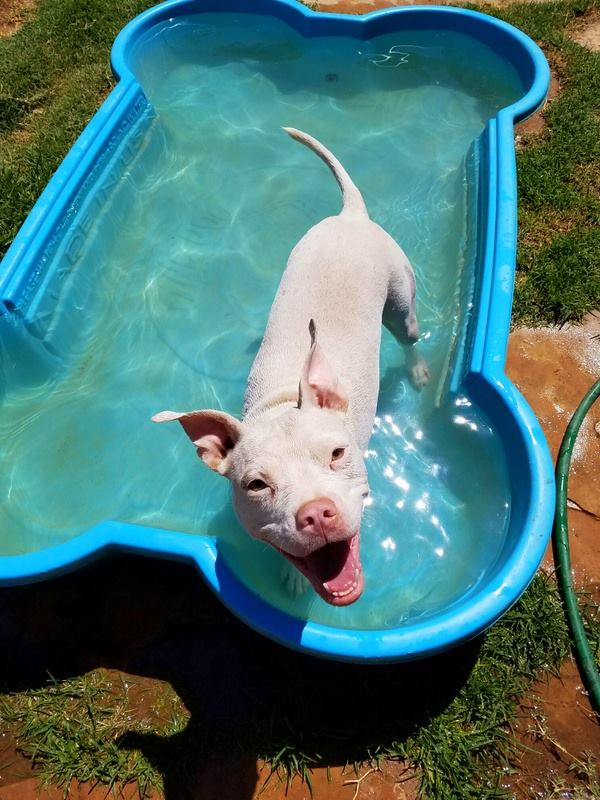 Bella has braved multiple rounds of chemo; once she finished her fourth and final round of chemo, she was finally cancer-free! And with that, she was also ready to find a forever home. She has so much love to give and deserves that love in return. If you’re interested in giving Bella the wonderful life she deserves, contact Mayday Pitbull Rescue.