A tiny kitten stranded on a busy highway in North Kansas City is going to live, thanks to officer Jason Smith. It’s made a warm new friendship, too.

Smith picked the kitten up from a traffic barrier on I-29 and radioed for help with traffic control, KMBC reports. It was frightened, and scratched at the officer as he brought her back to his patrol vehicle. But, once warm inside, she was as calm as could be. 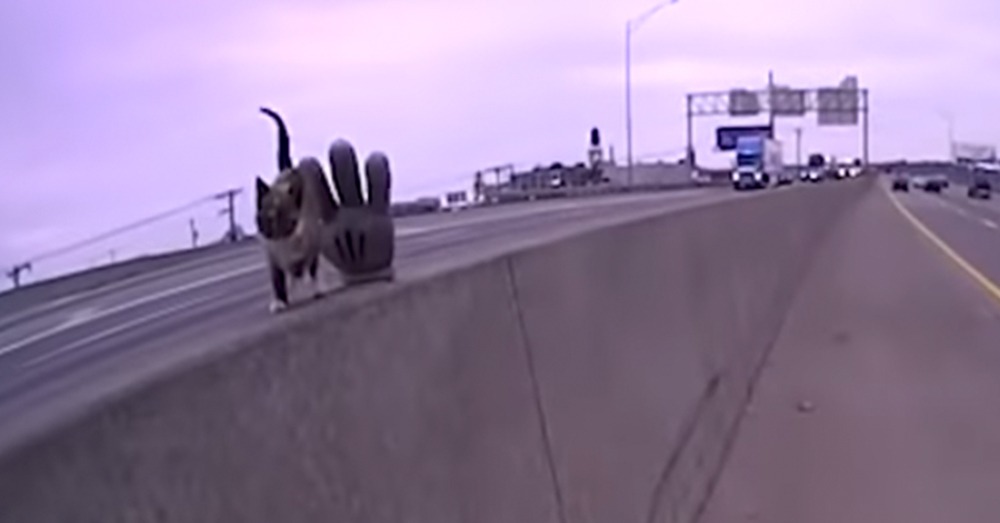 Source: YouTube/KMBC 9
Officer Jason Smith found the cat on a highway barrier outside of Kansas City.

Smith brought the kitten to a vet where it was treated and cleaned up. A few days later, officer Smith and his family welcomed the feline friend into their home. 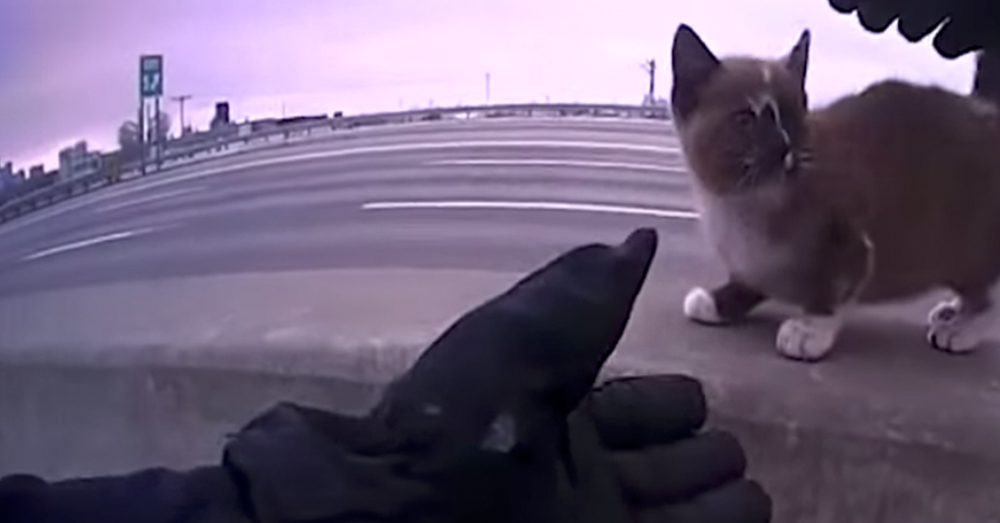 Source: YouTube/KMBC 9
The cat was hesitant to join the officer, at first.

Police are still not sure how the car wound up on the concrete barrier. Once thing is for certain, she’s much happier, and much safer, in her new forever home. 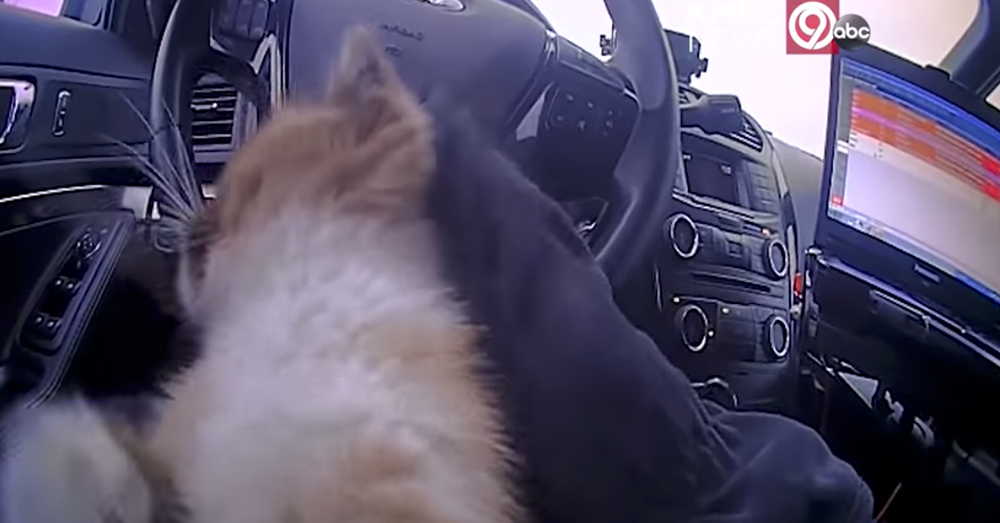 Source: YouTube/KMBC 9
She was much happier in the patrol car. Officer Smith later named the cat Bella.

Smith’s family named the cat Bella. She more of her thrilling rescue in the video below!