The two heroes of the coronavirus lockdown in New York are nonother than Barley and Buddy, two adorable dogs who are making the rounds to those stuck at home and delivering beer from their Six Harbors Brewing Company in Long Island, New York.

As their owner and owner of the company, Mark Heuwetter, said to New York Daily News, “We’ve had to change our business model.” 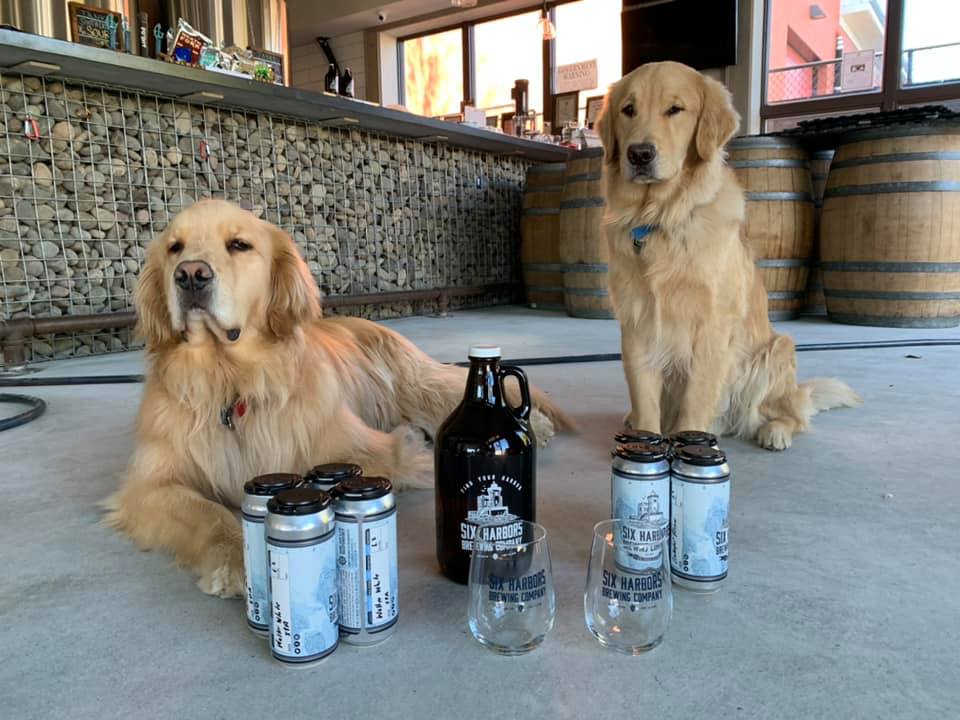 He added, “We created an online store and now people can have curbside or delivery. We took the dogs on a few trips and people were loving the dogs when they came, so we added them.”

As Mark shared, 3-year-old Buddy, and one-year-old Barley, “make a nice compliment to the delivery service. They put smiles on people’s faces.”

The two dogs have been such a success with their customers, that Mark has been receiving requests for Buddy and Barley to personally deliver their orders!

He said to the Daily News, “We are finding out, and maybe it’s because of what’s happening right now — our online store is generating so much sales — that depending on the day we are matching or exceeding what we did before isolation and I think it’s because of the dogs.” 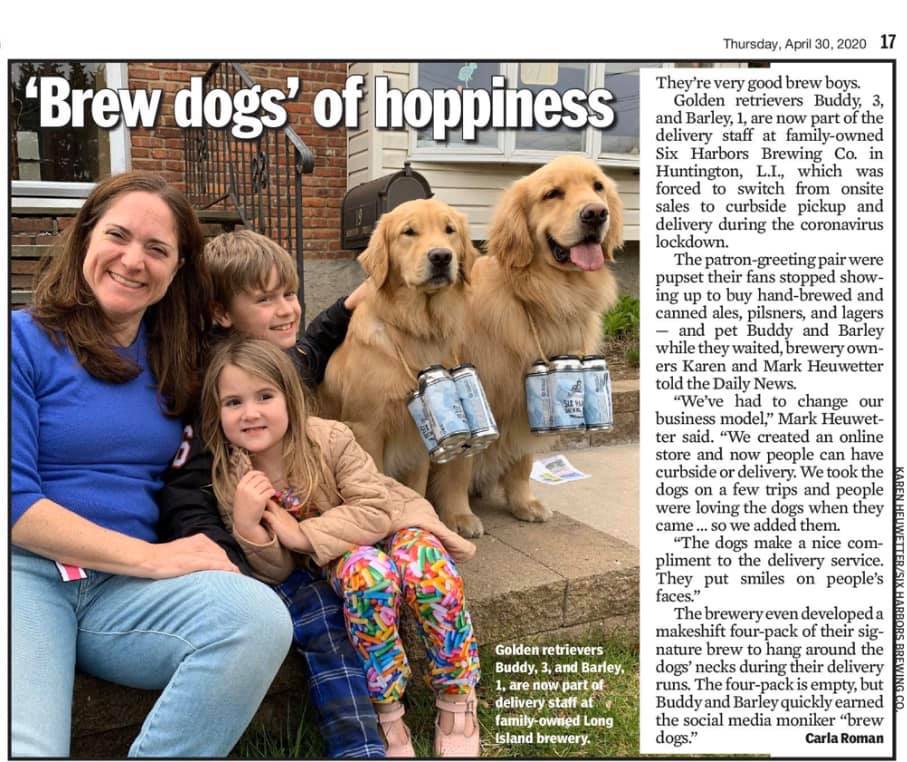 This month, Six Harbors Brewing celebrated its two-year mark in the business. As it turned out, they are only one of several essential businesses in the Huntington area that is still operating during the statewide lockdown.

Mark admitted that the company was expecting to see a 95% plummet in business because of the pandemic, however, they are thankfully seeing a boom – all thanks to Buddy and Barley.

While Buddy and Barley make their beer deliveries, the two pups will sport matching necklaces made out of Six Harbors Brewing’s signature brew. While the cans are empty, it’s still like a little uniform for them – prompting many of the brewery’s customers to nickname them, “brew dogs.” 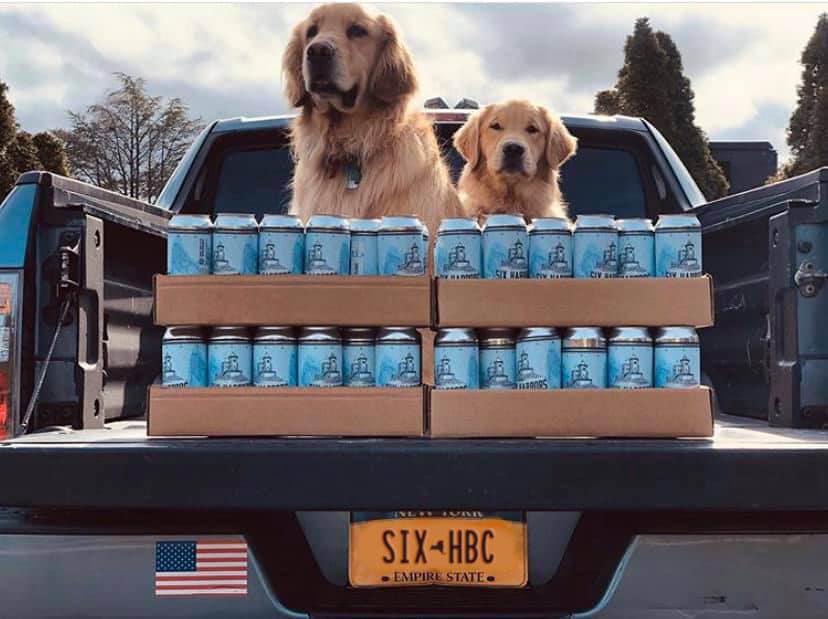 Mark continued, “Buddy and Barley love people. At the brewery they’d just walk table to table and people would just pet them and continue their conversations and the dogs would sit there until they’d stop petting and then they’d move to the next table.”

“We just wanted to create something different — and it’s morphed into this whole thing of the brew dog show… people request Buddy and Barley,” Mark explained.

And it definitely sounds like they created something wonderful for their customers. We have no doubt that they’re the heroes that everyone staying at home needs. The state of New York has been the leading epicenter for the US outbreak, leading Governor Andrew Cuomo to extend the lockdown until at least the 15th of May.