Ranchers Find Herd Of Heifers Under Command Of Intrepid Beaver

In the northern land known more for its maple syrup and overly apologetic citizenry than legends of leadership, a leathery-tailed Saskatchewanian is taking a break from damming currents to make a few of his own online.

“How do we move 150 heifers in Canada?” rancher Adrienne Ivey asked her Facebook followers.

The answer, in the form of a stout Canadian beaver, has drifted down the newsfeeds of hundreds of thousands, now eager for more of the amazing animal. 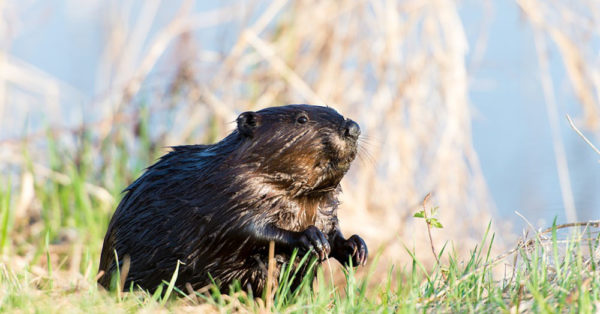 While its previous occupation is unknown, there’s no doubt the beaver wound up in command of a heard of 150 head of Canadian cattle sometime Friday, April 14.

“On Good Friday, when Aaron and I headed out for a mid-afternoon check, we came over a hill on our ATVs and were surprised to see all 150 heifers crowded around in one tight group,” Ivey wrote on her blog, View From The Ranch Porch. 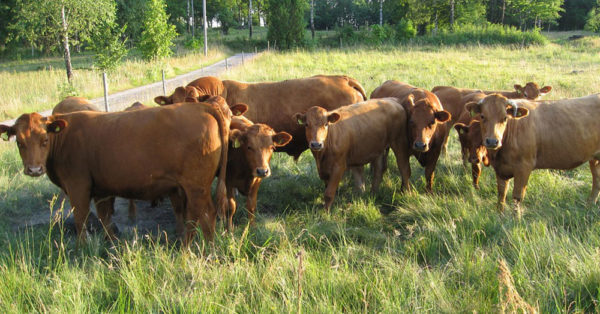 Upon closer inspection, they realized the cows were not only engaging with their much smaller furry friend, they were taking direction. As the beaver makes his way across the pasture, it’s clear in the video that the cattle clear the way for their diminutive general and follow closely behind.

“Because heifers are young, they are very curious creatures,” Ivey wrote. “They were absolutely enthralled by this wayward beaver travelling across their stomping grounds. Enthralled, but wary enough to keep their distance.” 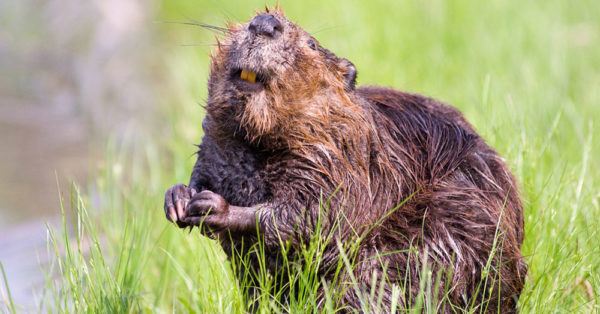 Owing to the sloughs and wetlands around Adrienne and Aaron’s farm, beavers aren’t out of the ordinary. But one so bold as to handle a whole herd of Canadian cattle? Now that’s a beaver tale that’s almost bigger than the wilds of Saskatchewan from which the creature emerged.

What’s next for this beaver is unknown. In a province that boasts cold winters as well as an alluring flatness, the nearest babbling brook might not provide enough excitement. Homestead acts in the United States and Canada have effectively squelched the dreams of aspiring human cowboys, but do the rules of the open range apply to Castor canadensis as well?

On some particularly rigid Saskatchewan nights, it’s said you can still hear the wild beaver’s call.

And the heifers nod in understanding.

Many species of wildlife are protected in Canada, but breed-specific legislation sadly makes it a crime to be a pit bull and live in Montreal. Moreover, breaking this law can result in the death penalty for dogs who otherwise provide nothing but unconditional love and support for their families.

Click the button below to sign our petition and send a message to the Montreal City Council opposing the pit bull ban.

Montreal’s new law banning any breed related to pit bulls is sentencing dogs in shelters and in homes to euthanasia.
THIS IS THE TIME TO ACT! Tell the city council, the mayor of Montreal, and the Premier of Quebec to repeal this terrible and deadly law for good!
Make a difference