A UK couple lost their cat suddenly and they were totally heart broken. They had him since he was a kitten and he most certainly was part of the family. But they had no idea that he also became an important part of someone else’s life.

Bear and his brother Teddy were inseparable. They, carefully, roamed the neighborhood, and went on special cat adventures. They left together and returned together. But then Teddy was, sadly, on his own. 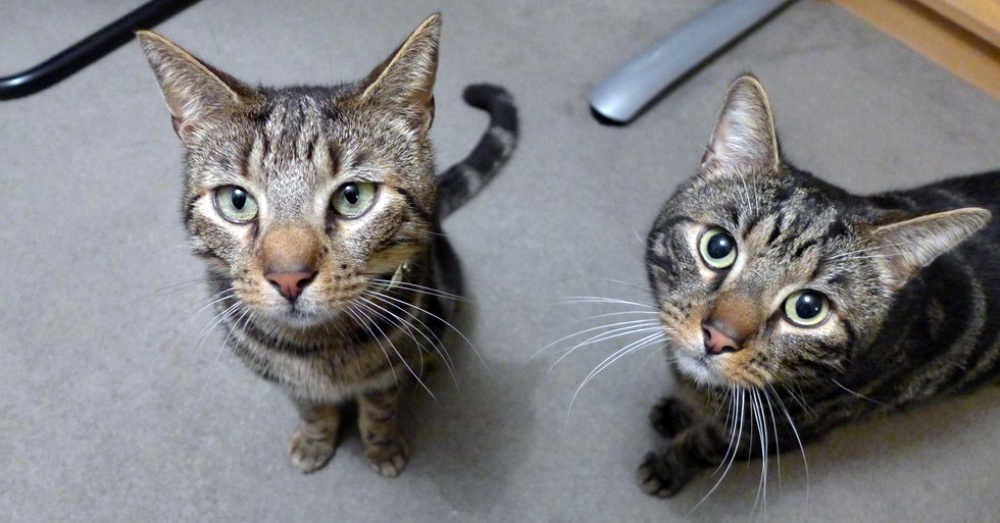 Then the most incredible thing happened two weeks after Bear’s passing! Teddy appeared back home one day with a note attached to his collar! 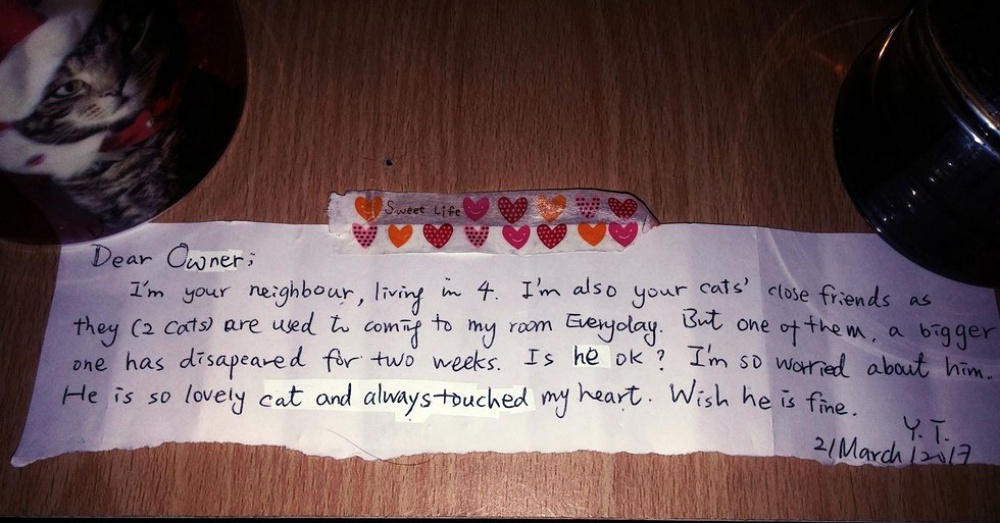 It read that a neighbor a few doors down had been worried sick about Bear. That he had suddenly disappeared and she wanted to know what had happened. That there were always two cats that had visited her and now there was only one. The couple attached a note back onto Teddy’s collar, with their email address, explaining that Bear had suddenly crossed The Rainbow Bridge.

The email they then received the next morning completely shocked them!

Turned out Bear’s good friend was an exchange student from China. She was pretty lonely, being away from home, and really bonded to Bear. He filled a void for her as she would read her presentations to him and he sat on a chair across from her. She would speak to him about school and home and she found a true friend in this special cat. She even sent the couple pictures she had taken of Bear and Teddy. 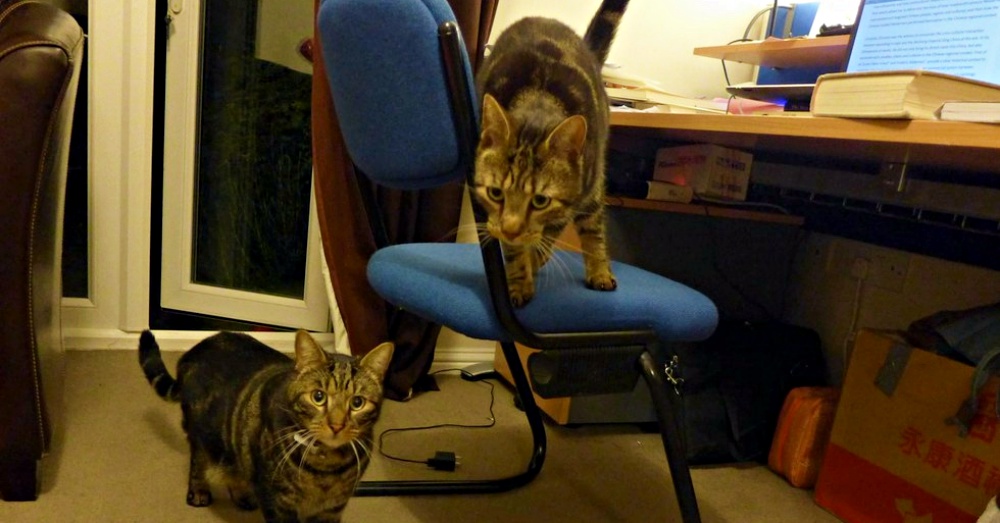 The couple was amazed! They had no idea that their beloved cat had touched someone else’s life like this! They met up with the exchange student and she brought flowers to Bear’s grave so she could say a proper goodbye.

This story, proof that our animals do so much more for their people than they will ever truly realize.