Police Rescue Distressed Bear Cub Who Was Tangled In Netting

New Jersey police helped rescue a big bear cub who managed to get himself tangled up in netting at a batting cage.

A Ringwood police officer, Detective Longo, cautiously approached the bear, who was visibly distressed since he was unable to free himself from the netting. 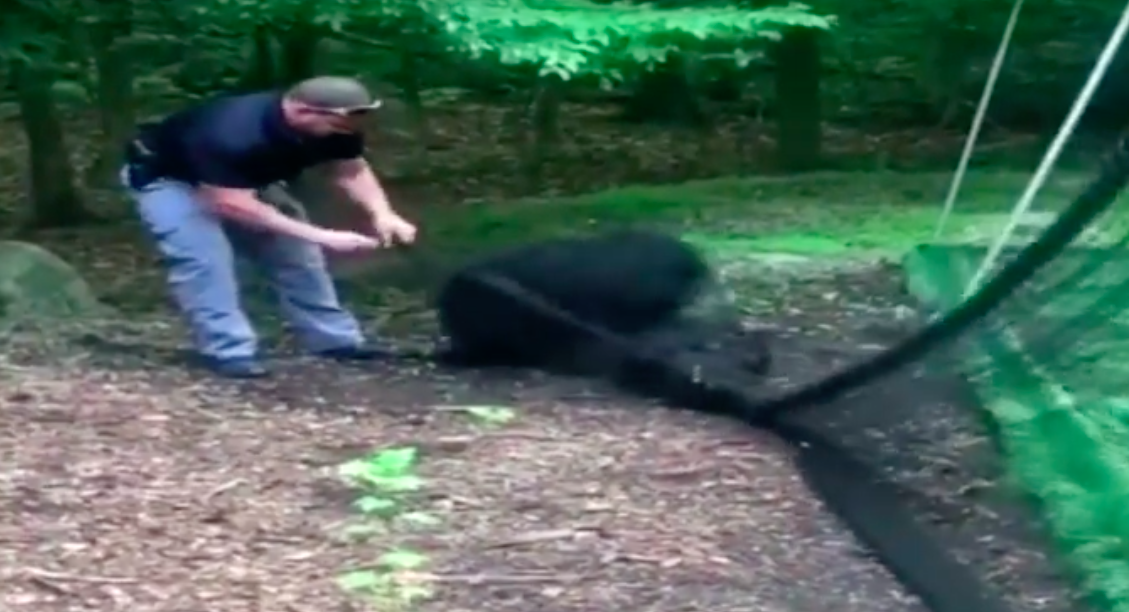 Detective Longo cut a large hole in the back of the netting and then began pulling it forward so the cub could get out through the hole. Thankfully, the bear cub was okay and ran back off into the woods.

Ringwood Police would like to remind everyone that netting like this can be harmful to wild animals if it’s left outside. Bears aren’t the only animals that have been saved from netting.

In the video below, you’ll also see a little deer as well as a fox being rescued from nets. Sadly, many animals could die after being entangled in nets for a long period of time. Police urge residents in high animal traffic areas to take down soccer nets and other types of recreational netting when they’re not being used, to prevent this from happening. 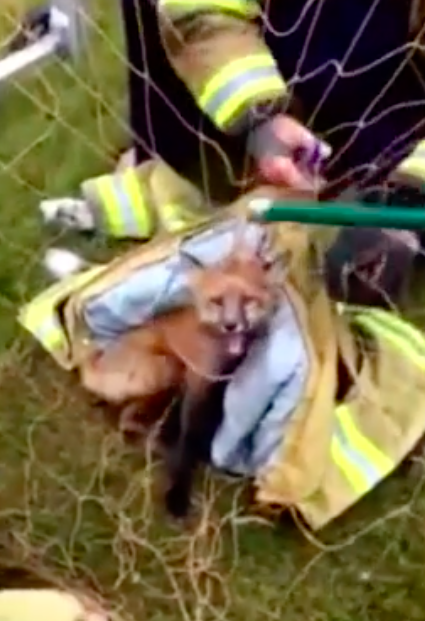 Thankfully this bear cub had a much happier ending, all thanks to Detective Longo and the Ringwood Police Department. It takes a lot of bravery to get that up close and personal with a bear! But Detective Longo knew it was necessary in order to save this little guy’s life.

Watch the rescues in the video below: