Bear Wandered Into A Yard And Took A Dip In Their Pool, Then The Family’s Dog Came To Save The Day

One family in Bradbury, California, was in for a real surprise when they discovered a black bear hanging out in their backyard this week. He even made his way into their swimming pool for a refreshing dip.

The moments were caught on camera which you could see in the video below. The bear then got out of the pool and climbed over the screen that surrounded the pool. 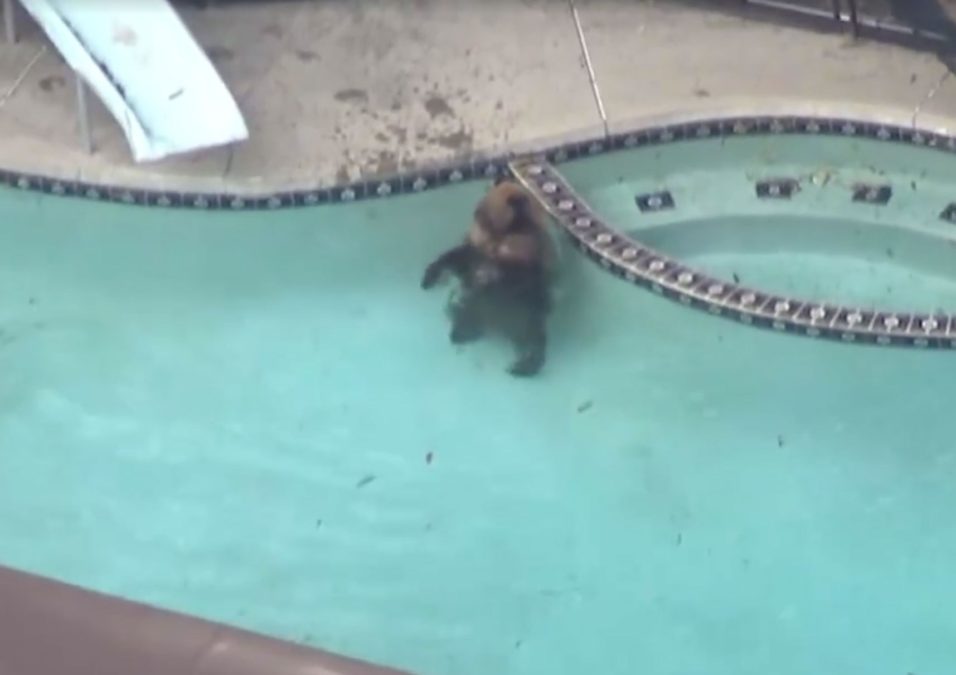 Then the bear got a surprise of his own when the homeowner’s dog, Ba Bao, saw the bear and went running after him. The dog successfully chased the bear away from the house. The dog became a hero, preventing the situation from becoming much worse, since the homeowner’s two young children usually play outside.

The bear had a red tag on his ear, which means wildlife officials know about this particular bear and that he’s come close to people before. 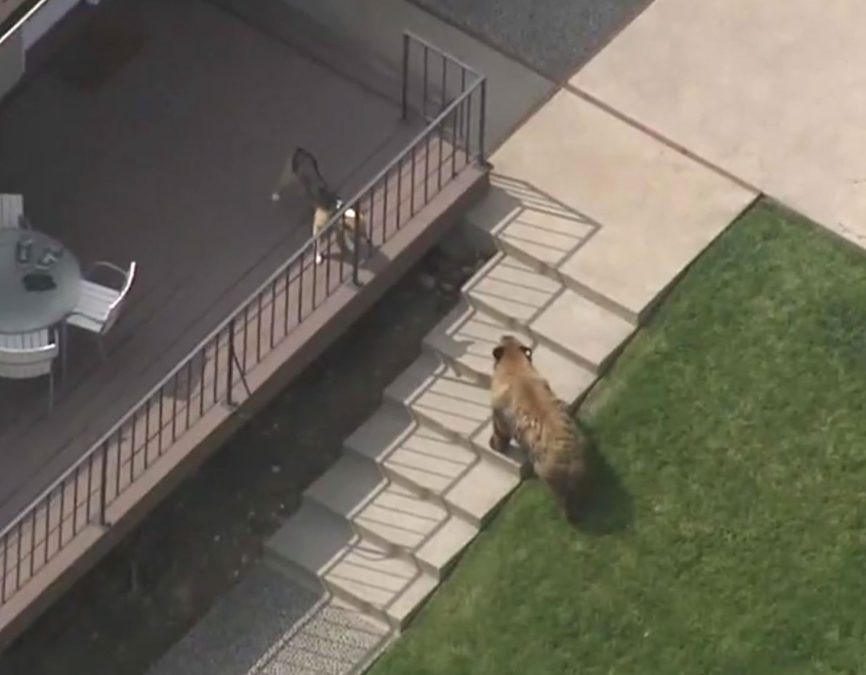 It was trash day in the neighborhood, which could be why the curious bear was out lurking around yards. But this wasn’t the first house he’s been at. Mike Tavakkoli, another resident in the area, saw that same bear in his garage. The bear foraged through his refrigerator and even ate some of the food!

It’s clear that this is one nosey bear, but luckily he hasn’t been a dangerous threat.