People were enjoying a meal on the patio of Howard’s Steakhouse in Gatlinburg, Tennessee – when something sent them running.

A bear cub was seen climbing over the railing, and onto the table where the fresh pizza was sitting. Carolyn Ball, a waitress at the restaurant, told WBIR News, “Last week, we had a bear climb up a tree from the creek and onto the patio where some customers were eating. The bear surprised them. They obviously got up and left the food on the table. The bear stood on the table and ate a pizza.” 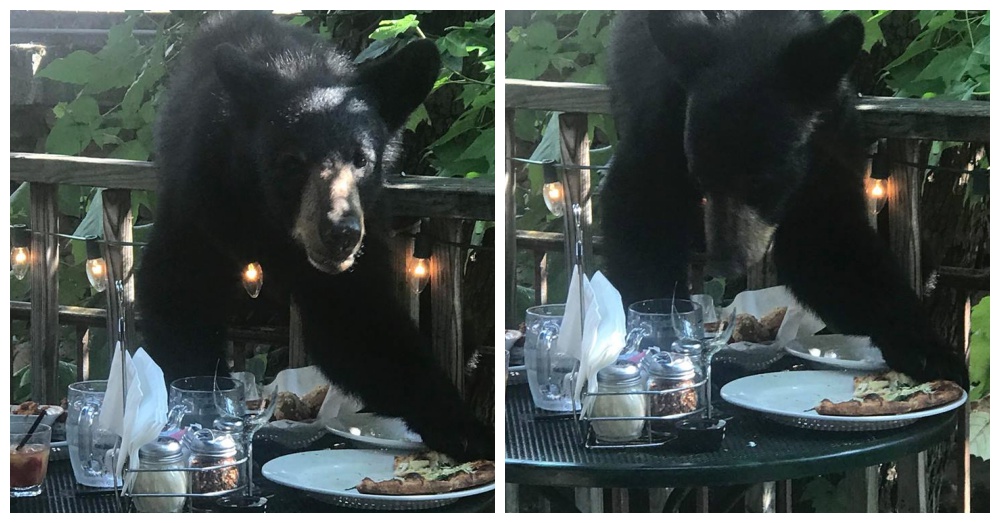 Ball posted photos and joked that the patio was “pet-friendly”. While some people saw the humor in the incident, others were bothered that no one tried to scare the cub away. Many felt sorry for the bear and commented that the cub looked skinny.

“I let it finish the pizza because I don’t want to mess with a bear when it is eating. I don’t want to be attacked or eaten myself. At that point, it was already on the table eating the pizza, so just let it finish and then ran it off,” states Ball. She used one of the patio chairs to direct the cub back down the tree and into the creek. 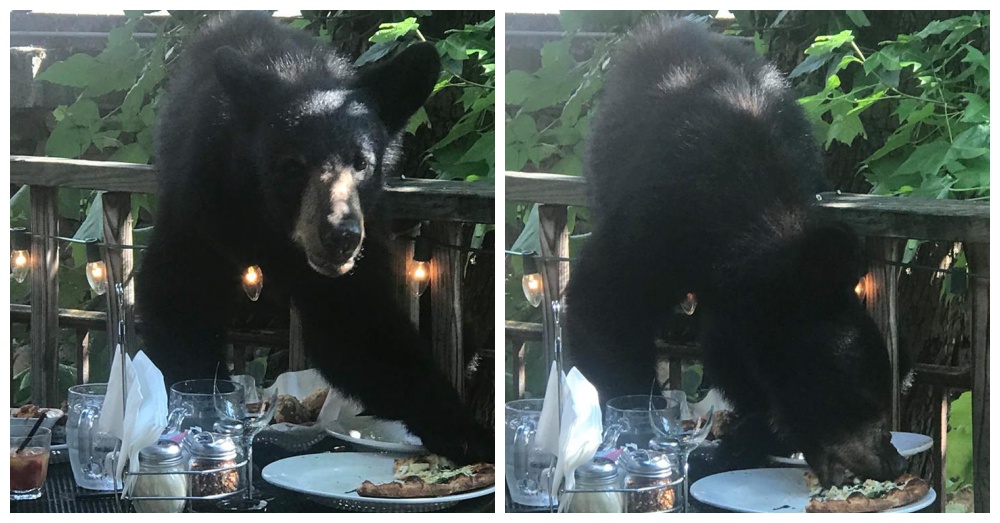 Wild black bears live just a short distance away in Great Smoky Mountains National Park. However, the fact that the cub was not afraid of people concerned wildlife experts. Biologist Dan Gibbs, who works for the Tennessee Wildlife Resources Agency, was one of the concerned people.

“If you have a bear that has already lost its fear of people so much that it is climbing on a crowded patio in the middle of the day, it is not going to reverse that behavior. Bears escalate their behavior, so this was a bear that has worked its way up to doing this. It didn’t just decide one day to go to a restaurant,” Gibb told WBIR News. 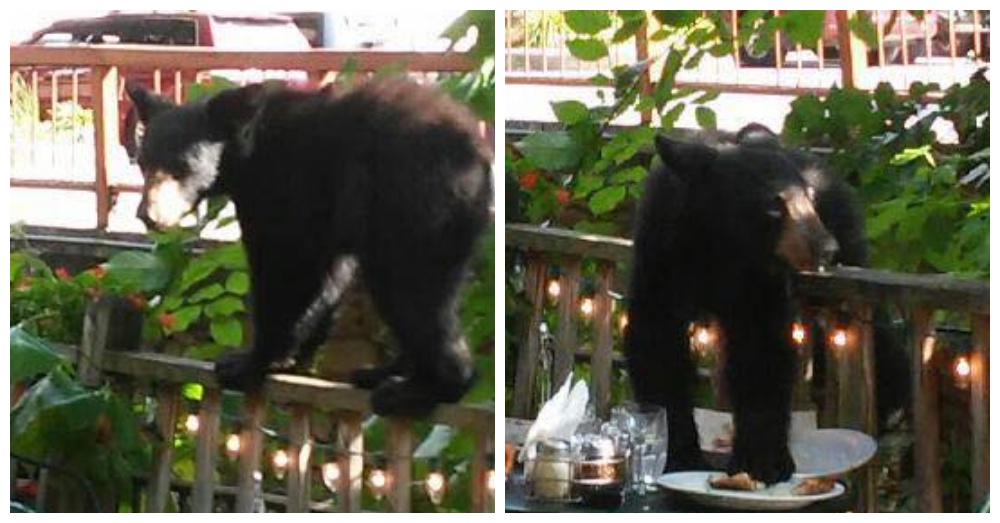 The problem is that bears will associate people with food and lose their fear of people. They will approach areas that they smell food, even if people are present. “The first thing [people] need to be doing is trying to make as much noise as possible to deter that bear from coming up any closer,” Gibb states.

The patio remained closed for a few days until the bear cub was trapped.