She Was Saved After Being Left Alone To Die. Then She Met A Friend Who Understood Her Rough Past

This precious little lamb, named Bear, was left in a barn without food or water. She was only two weeks old and would never have survived much longer on her own. Thankfully, someone found her and took her to Los Angeles Animal Services. From there, they contacted Alicia Pell, a volunteer at Farm Sanctuary. She didn’t hesitate for a second to help this poor lamb.

After getting the approval, Pell drove to pick up Bear. Bear was in such poor condition that Pell didn’t even think she would stay alive long enough to make it to the vet. She laid in her lap, without moving a muscle, and had a very slow pulse. Thankfully, Bear’s resilience was incredible, and not only did she survive, she thrived! 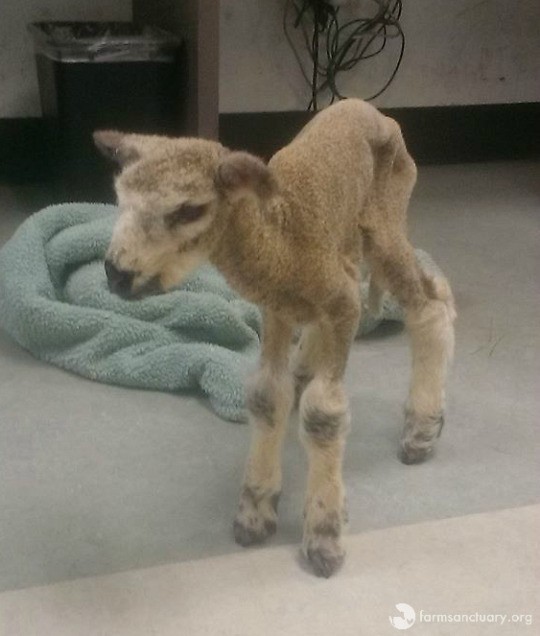 In just a few days, with the proper medical care, Bear was already looking much healthier and happier. She officially became the first lamb at Farm Sanctuary’s Acton, California. From then on out, Bear was spoiled with love. She spent the first few months there living in the shelter’s office, where she received so much attention and care. 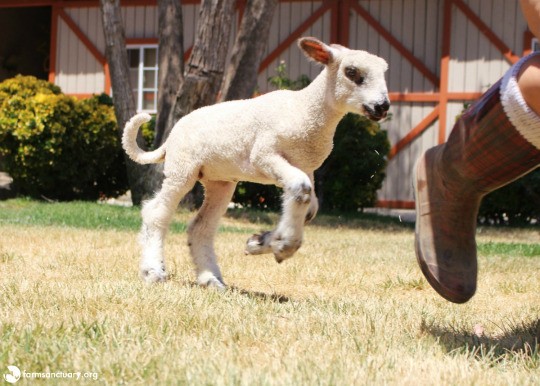 Once Bear was at full strength, they took her outside to introduce her to the main sheep and goat herd. But it didn’t go as planned and wasn’t as happy of a first meeting as they expected. The herd ignored her, and again, she was feeling lonely. Although the goats didn’t give her a warm welcome, she did become friends with a llama named Yoda. He became a mentor to her and helped keep her company so she wouldn’t feel alone. They spent a lot of their time grazing together on the hill. 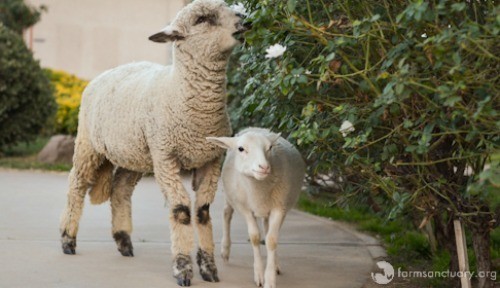 Soon after, Farm Sanctuary rescued a sheep named Carlee. Unlike the other sheep there, Bear got along very well with Carlee. They quickly became the best of friends! The other sheep liked Carlee, so it helped Bear become more social and friendly with the rest of the herd. Although she now has friend, she still enjoys her alone time, and of course affection from humans! Pell says that when Bear wants you to pet her, she paws at you. She is still very shy, and sometimes has moments where you can tell that those bad memories are coming back to her, but she has come a long way since then and is definitely breaking out of her shell!

Below is a video of Bear and Carlee meeting for the first time:

Here is Bear enjoying some affection from one of the staff members. Look at that tail go!