Bear Cub Was Running With A Bucket Stuck On His Head, But Rescuers Chased Him Until They Could Help

A baby bear cub managed to get his head stuck in a bucket, and couldn’t get it out on his own.

A man tried to yank the bucket off his head, but it was extremely stuck and the bear managed to run away. Since he couldn’t see where he was going, he ran into the middle of a street, which could have been very dangerous. 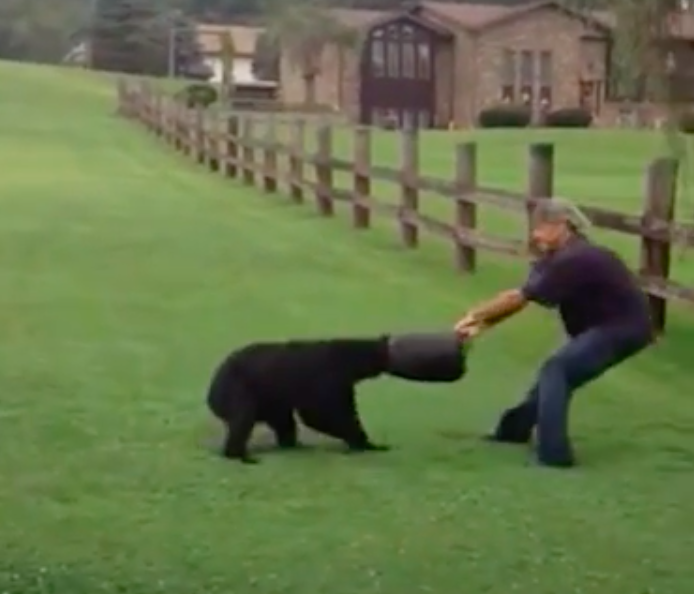 The poor little guy was scared and confused, and rescuers knew they had to help him before he got hit by a car. He was also unable to eat with the bucket over his head, so he would have eventually died of starvation.

The man chased the bear out of the road and into the woods so he’d be far away from any traffic. Then the man’s friends came to help him out, since it was clearly going to take more than just one person to get this bucket off the bear’s head. 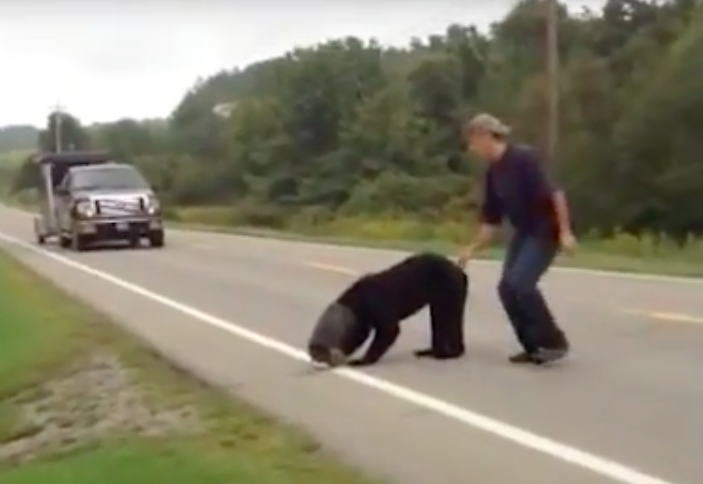 A couple of people tried to hold the bear to the ground, while the man tried to yank the bucket off of his head. But it was a struggle since the bear cub was so strong and kept escaping their grip.

One person sat on him and gave him a bear-hug (no pun intended), while another person tried sawing the bucket off. They sawed the bucket until it was loose, and then they used clippers to cut the rest of it. 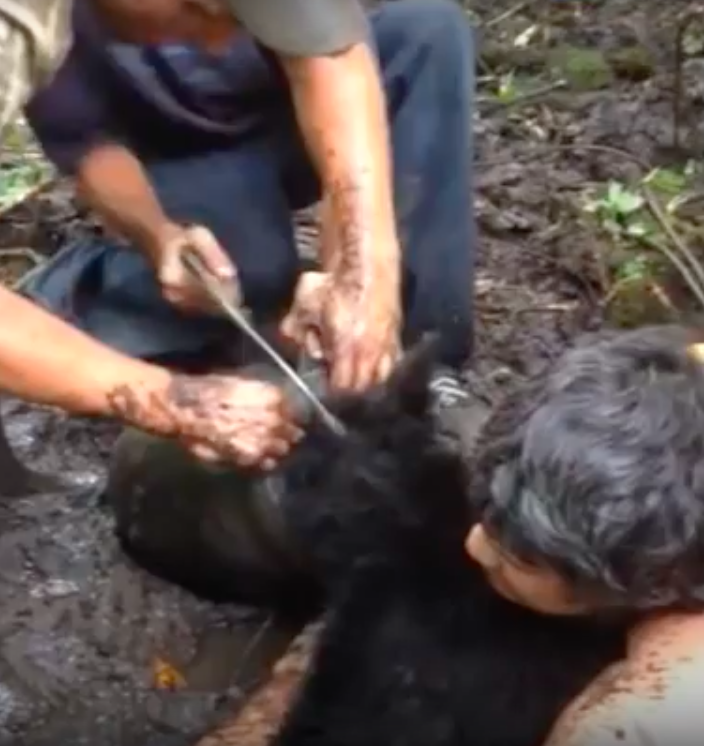 When they finally got the bucket off, they let go of the bear and he ran back into the woods. Thank goodness for these brave rescuers! Watch the rescue in the video below: