Beanie, a tiny six-pound Yorkie was stolen from her family’s Florida home after burglars trashed it. They stole jewelry and tore through a closet, but what devastated the family most was that they took their beloved 12-year-old dog as well.

Nearly a week had gone by, and the family was unsure if they’d ever see their furbaby again.

But luckily, the pooch was spotted wandering along Interstate 4 in Polk County. A motorist swerved out of the way after nearly hitting the pup, then got out and saved her.

The motorist posted about the dog on social media, in the hopes of finding her owners. He then went the extra mile and took Beanie to a vet to get her examined and scanned for a microchip.

Thankfully, they were able to get her family’s contact info from the microchip, and notified the right away. 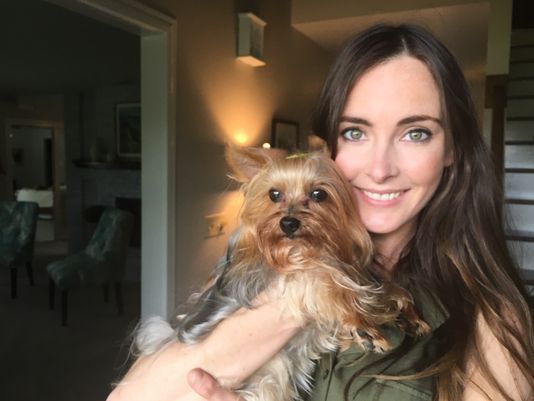 “[The motorist] was an angel. We’re just grateful that they left her but to leave her there, I thought that whoever took her would have at least had the decency to leave her somewhere like the vet’s office or something. It was just inhumane,” owner Courtney Mulligan told Florida Today.

But Mulligan is so grateful to be reunited with her best friend.

The family adopted Beanie when Mulligan was just 16 years old. At the time, Mulligan was having a hard time coping with the death of two friends, but Beanie helped her heal and brought her so much joy.

As for the burglary, the investigation is still ongoing.