As far as selfies are concerned, getting one from the Cape May Police Department’s camera isn’t exactly an achievement. Mugshots aren’t all it’s proven good for, however.

After a pug named Bean escaped from his home in the New Jersey shore town, Cape May Patrolman Michael LeSage was fortunate enough to find him wandering the streets, NJ.com reports. Bean allegedly tried to make it into the patrol car himself, but alas, his legs were too short. LeSage helped him the rest of the way,

A short while later, a different sort of mugshot appeared on the police department’s Facebook page.

“This is what happens when you run away from home,” the department wrote under the picture of Bean.

“I never expected it to get to this point,” LeSage said.

It wasn’t long before the dog’s owner was located, and Bean was discharged, his bail paid in full.

Hadley Hubbard, of Baltimore, brought cookies to the officers who found her dog. Soon after, Bean was fast asleep.

‘Thank you to CMPD from Bean the pug’s family for taking such good care of her,” Hubbard commented on the department’s post. “She is sound asleep at home after an exciting afternoon on the run.” 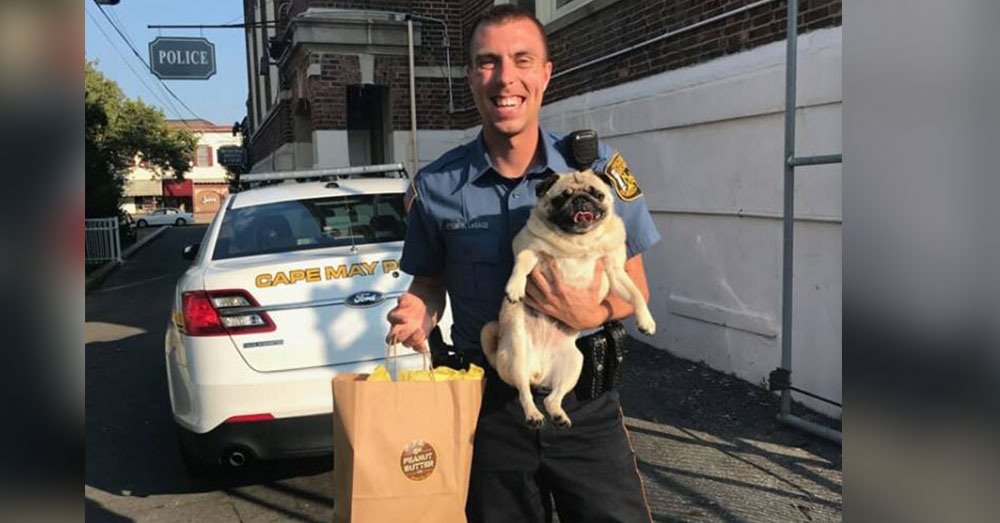