Five beagles rescued from the meat trade in China are finally getting the care and compassion they deserve.

The dogs arrived at JFK Airport, in New York City, and have since been taken to North Carolina, where they will be placed into loving forever homes, WIBC reports. It’s likely they understand the magnitude of the situation, as well. Just days earlier, they were headed for slaughter.

“It’s kind of a difficult situation because, culturally, there are people who view the animals differently than we do,” said Kevin Pence, who’s been responsible for transporting the dogs since they arrived in the Unites States. 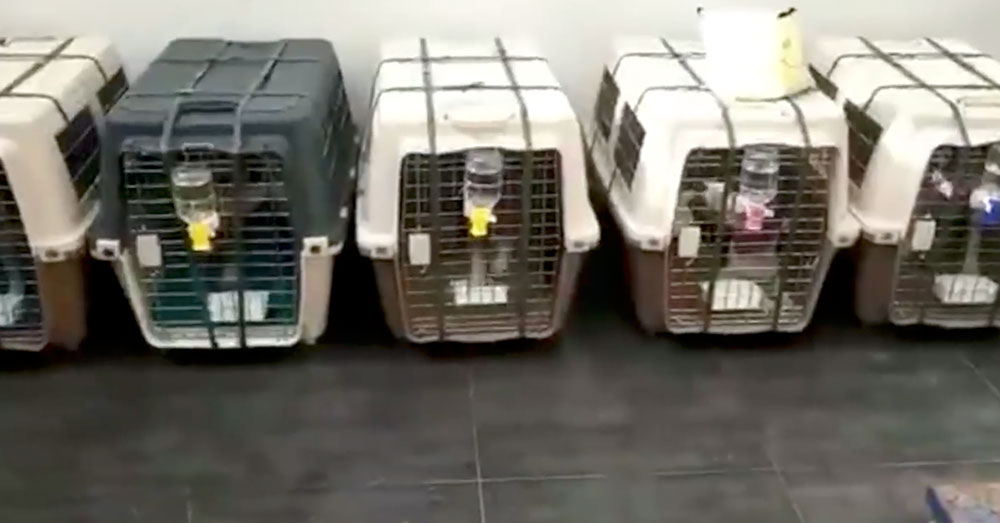 Source: Facebook/Triangle Beagle Rescue of North Carolina
Beagles in crates await their trip to the U.S.

Pence drove from his home in Greensboro, N.C., to the airport in New York, and back to Cary, N.C., during a 24-hour “rescue road trip.”

On his return to the Tar Heel state, he was greeted with a exuberant welcome.

“There he is! That’s him!” A waiting crowd was heard shouting. 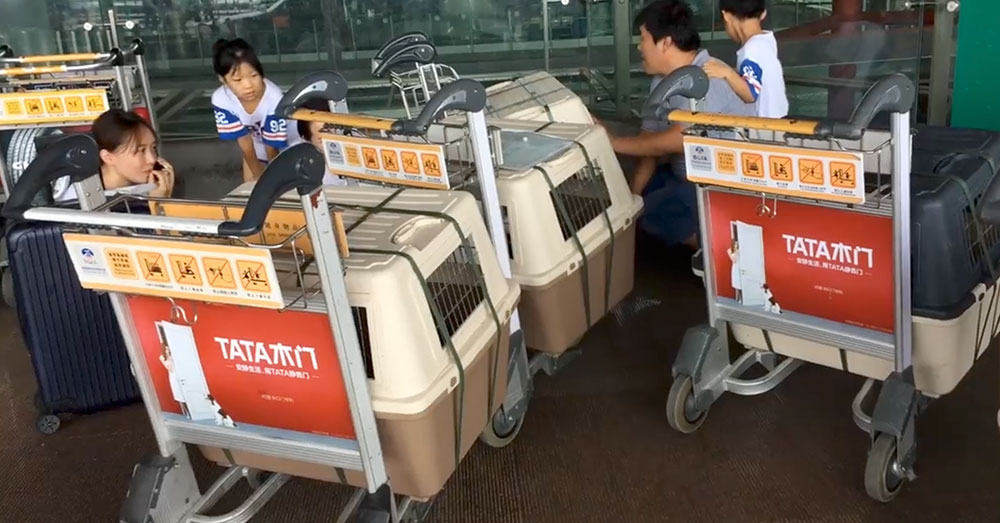 The beagles were rescued from the meat trade thanks to coordinated efforts by Triangle Beagle Rescue, a N.C. based organization that’s saved at least 600 beagles since 2016, and Rushton Dog Rescue, of Somerset, England.

“They’ve got a whole network of people in China that don’t believe in this and that work very hard – they’ll stop the trucks as they’re rolling down the road and negotiate – I’m sure cash changes hands, a little bit – to get the dogs out of the trucks before they get to market,” said Triangle Beagle Rescue’s Lisa Mason. “They’ll give you numbers that 10 million dogs in China, annually, are used in this illegal trade.” 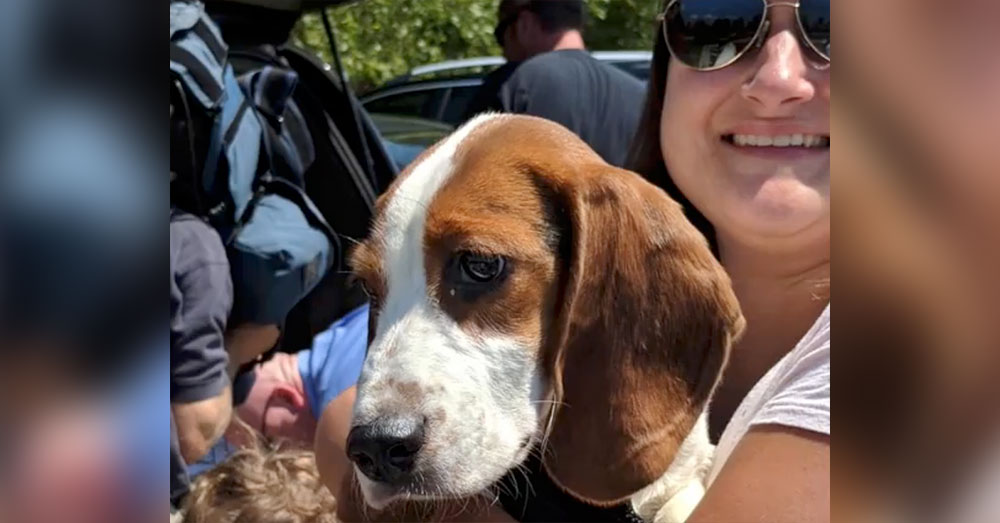 Source: Facebook/Triangle Beagle Rescue of North Carolina
Once bound for slaughter, these Beagles are now happy and healthy.

Despite the harrowing conditions the dogs were saved from, they were in good health and high spirits when the arrived in the states. Leave it to the buoyant Beagle personality to see hope in the darkest time.

Mason said the dogs will be seen by a vet before they are placed in new homes, and noted the will have brighter futures outside a region where, they are not considered just, “another protein source.”

“With these particular dogs, once we do the exam, we’ll be able to figure out exactly what issues these dogs may have before they go to their new homes,” she said. 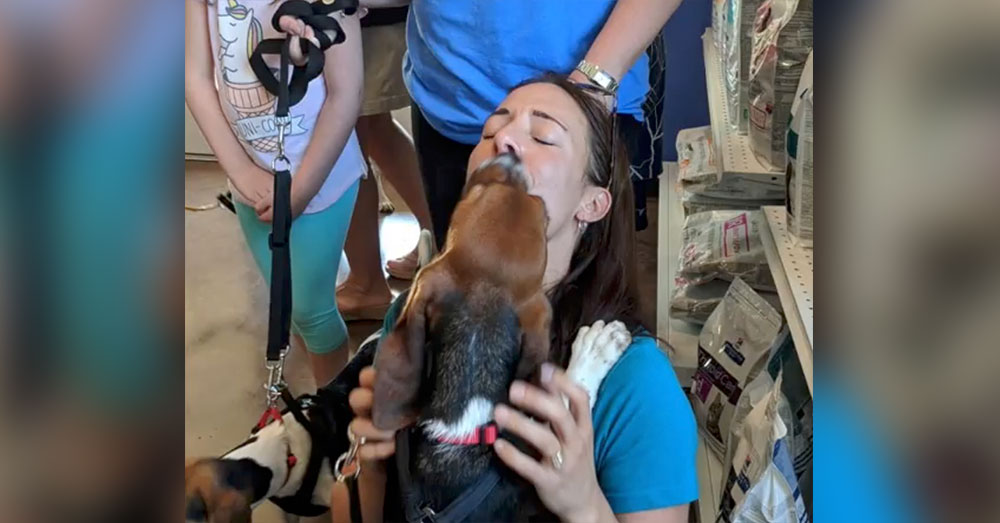 Source: Facebook/Triangle Beagle Rescue of North Carolina
A few of the Beagles have already been placed in homes.

The dog meat trade is prevalent in Southeastern Asia, where millions upon millions of dogs, many stolen pets, are slaughtered each year to be served in restaurants on the streets. Many of the regions that still support this industry include poorer communities, “where their animals aren’t necessarily well taken care of,” Mason maintains.

“Maybe it’s Snoopy, maybe it’s just that they’re so popular throughout the United States that you see those little beagles over there, any of the dogs,” Mason said. “People relate to that, they relate to the animals as part of their family, part of their lives.”

In recent months, some countries have stood up for animals rights, banning the sale and slaughter of dogs for such purposes. Indonesia banned dog and cat meat trade in 2018, but it may yet be a while before the most active participants in this brutal practice, like China and Korea, call it quits.