A 2-year-old Beagle, Gregory, was placed on “doggy death row” at a local shelter after coming in as a stray. He was put on the euthanasia list because he was heart-worm positive, which is treatable.

Luckily, Schenley and Joe Kirk, founders of HOUND Rescue & Sanctuary, intervened and rescued Gregory. Their hound rescue is based in Ohio where they take in abandoned dogs, and rescue dogs from high-risk kill shelters. When they saw the picture of Gregory, Joe headed to the shelter to rescue him. 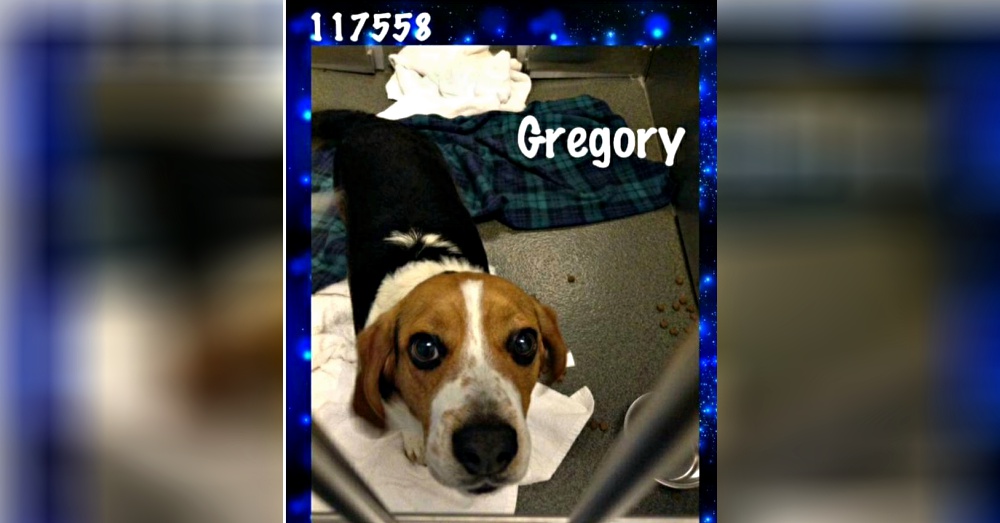 Just two days before the pup was to be euthanized, Joe showed up and took him for his freedom ride. Once they left the shelter, Joe buckled Gregory in the backseat so they could interact a bit on the ride home. The pup was so happy to be free and knew he was safe.

The sweet dog had just enough leash to reach Joe’s shoulder. The pup showed his gratitude by gently resting his head on Joe’s shoulder. Joe snapped a photo and his wife shared it on Facebook. The photo quickly went viral with thousands of likes. 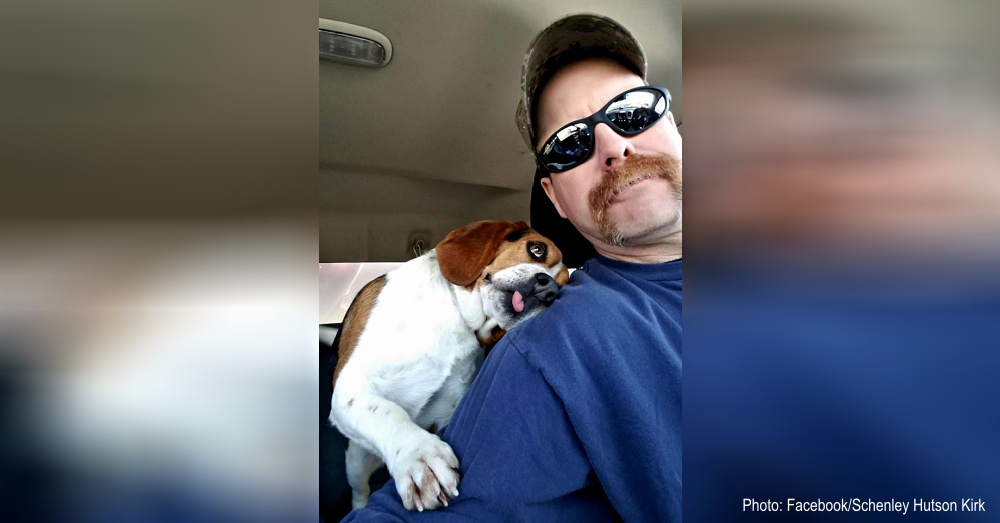 Schenley posted, “The BEST Freedom Ride Picture EVER! Pulled from the Euthanasia List at FCDS today by HOUND Rescue and Sanctuary, “Gregory” is one thankful and appreciative Beagle! He KNOWS he is SAFE! He is Heartworm Positive and will be going through treatment, but he knows he is in good hands! We will get him healthy and provide him all the love he so deserves and a wonderful future!! What a Great photo of Gregory and my Husband Joe on their way home from the shelter! This is what makes it all worthwhile! This is why we Rescue!”

The post led to a potential adopter who has two other rescue Beagles. The interested family made a generous donation for Gregory’s heart-worm treatment and filled out an application. Gregory will not be released until he gets a clean bill of health. The rescue was blown away by all the response and support from around the world. 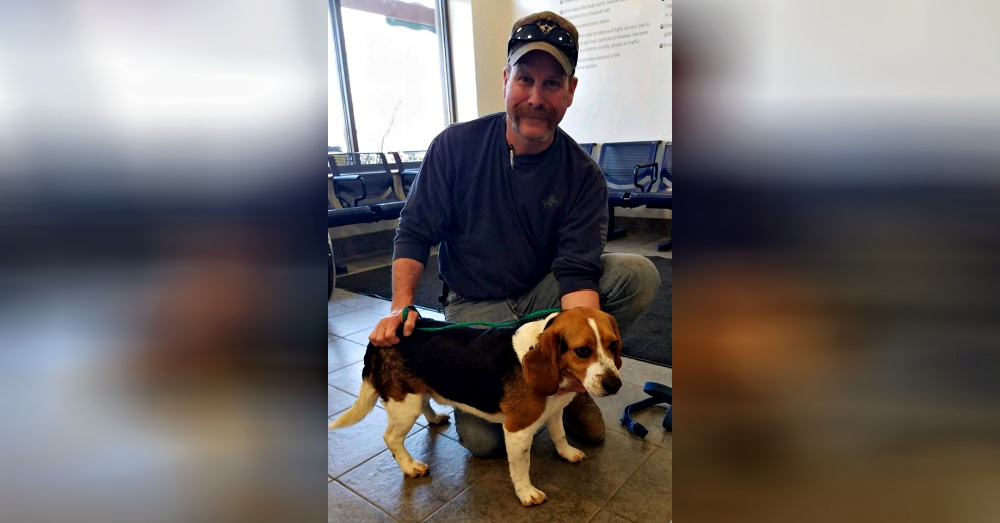 Schenley tells iHeartDogs, “He is always smiling and giving kisses! He is a wonderful little Beagle!”

Thank you for saving this sweet pup and allowing him to live his life to the fullest.

Warrior Kitten Defies The Odds And Survives: Click “Next” below!