Bazooka the cat is a loveable yet hefty feline who has finally found his forever home earlier in the week. He weighs in at an impressive 35-pounds!

He was brought in to the Prevention of Cruelty to Animals of Wake County, North Carolina on Tuesday, and the shelter very quickly introduced him to the world on social media – explaining that this “big boy” had arrived at the shelter to jumpstart his “weight loss journey.”

“That’s one big boy! (35lbs big!) Bazooka arrived at the SPCA today where he‘ll receive some much needed medical care. Let’s all send our well wishes to Bazooka as he begins his weight loss journey!” the SPCA of Wake County’s Instagram caption read, alongside the hashtag “bodypawsitive”.

On Facebook, the shelter added that Bazooka would soon be living with “a trained foster family.” 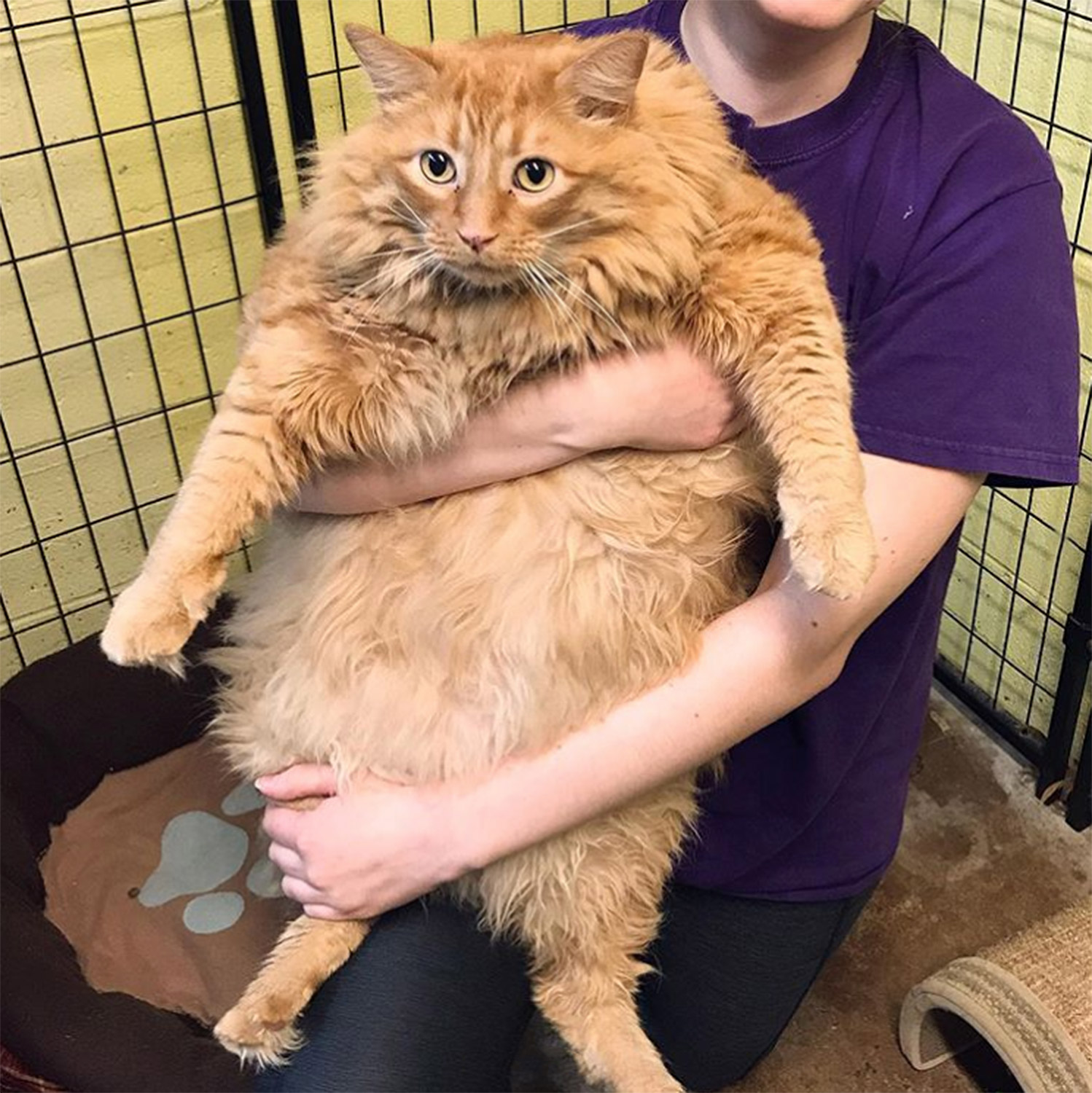 SPCA of Wake County communications director, Darci VanderSlik, spoke to The News and Observer, revealing that Bazooka had been taken in after his previous owner passed away. According to the news agency, Bazooka’s owner had dementia, so the shelter believes that the owner kept refilling his food dish, having forgotten that Bazooka had already eaten. 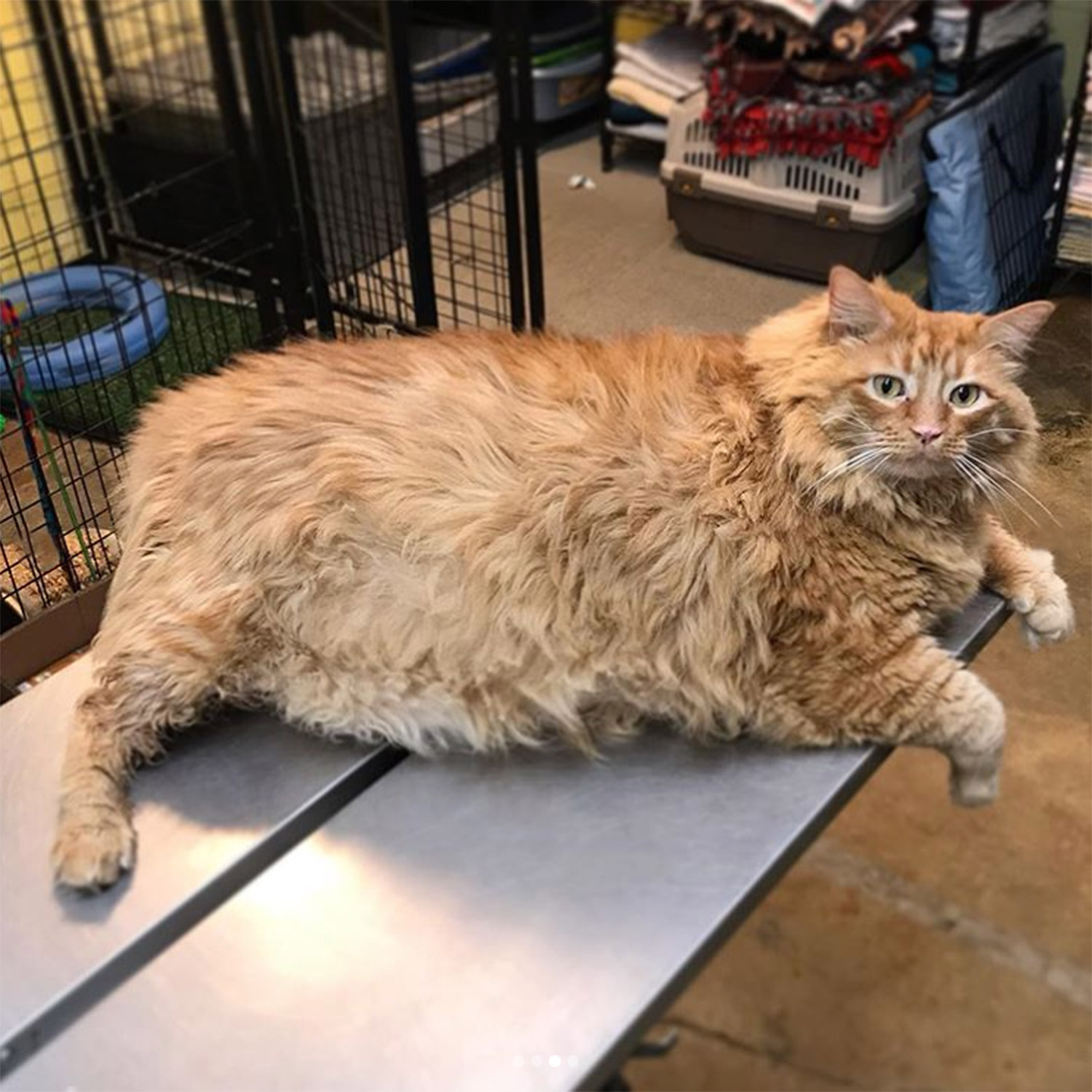 “He thought he was doing the best thing for his cat by feeding him,” VanderSlik said. “We need to look at this with a compassionate view. He was loved.”

Bazooka is currently on a special diet to lose weight while living with Michelle Barry, his foster mom. As she revealed to the News and Observer, Bazooka moved in with them Tuesday and is already showing himself to be a playful and loving cat.

Barry said. “He’s happiest lying right next to you. And he’s more active than I expected him to be.” 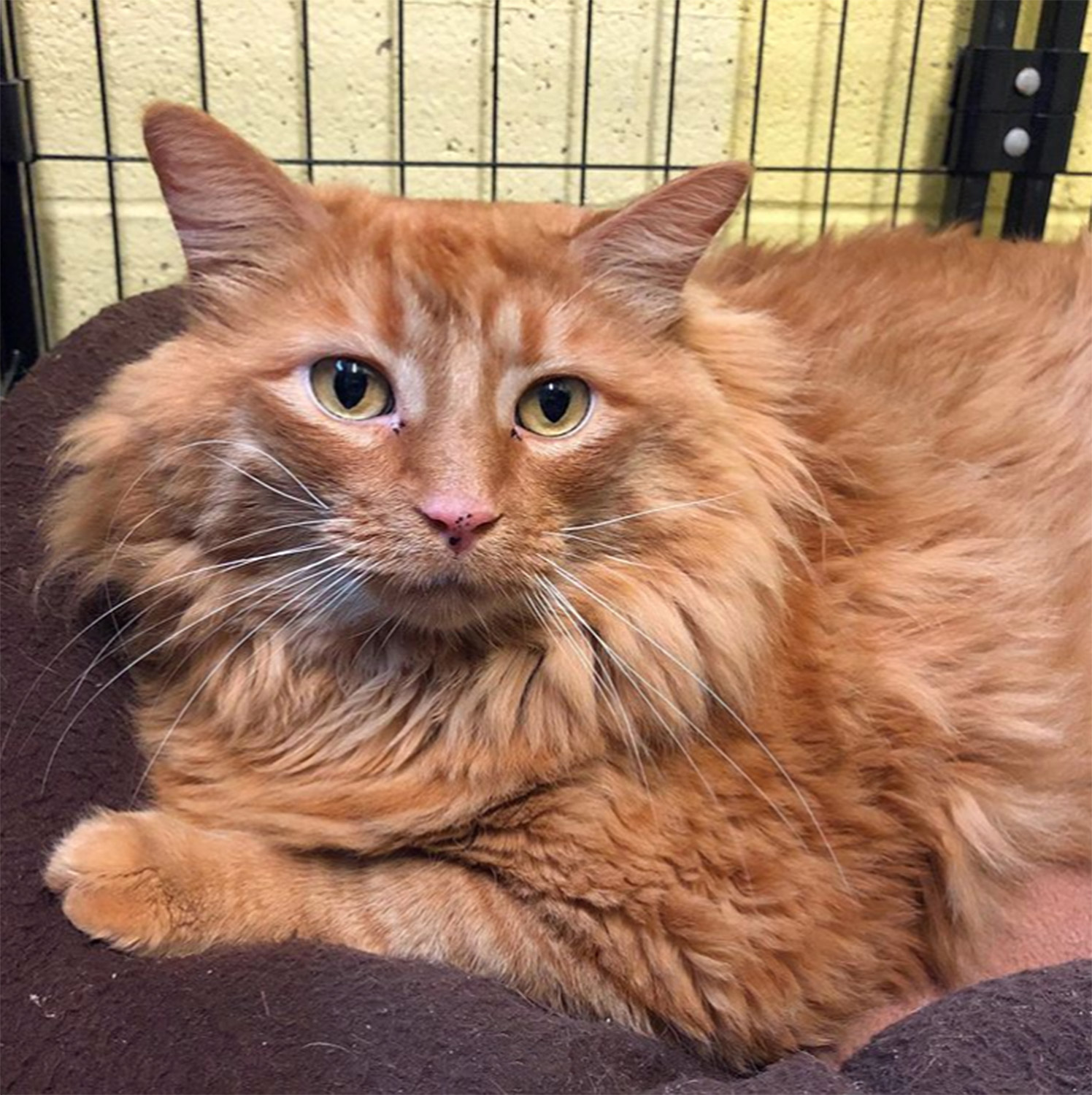 Bazooka wasted no time in finding a forever home, which is all lined up for him, and according to WABC, he will soon move in with them after his foster family.

“We don’t know a lot of the backstories of the animals we get, but we try not to judge people or make people feel bad about the circumstances that led to their surrender,” VanderSlik said. “We’re really lucky to have the resources to take him in and help him get a home he deserves.”