Curious Dog Watches His Owner In The Bath, Then Hilariously Decides To Join Her

Some dogs hate baths, while others love them; either way, you hardly see a dog going out of his way to take one. But this cute little pup, named Keenan, has always been very curious about bath time. 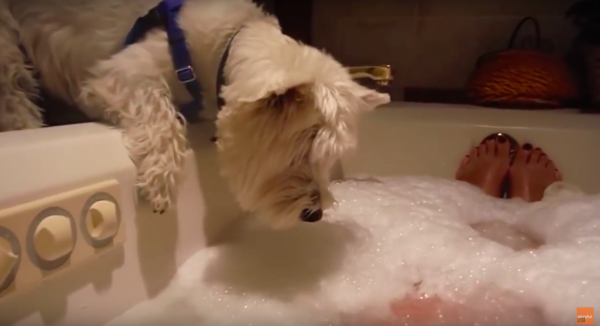 “A lot of dogs hate bath time, but not Keenan. He was very curious about the tub, so when I took a bath, I had my waterproof camera so I could get a picture of him peeking over the tub edge. I was taken by surprise at just HOW curious he was!” His owner, Cheryl, wrote. 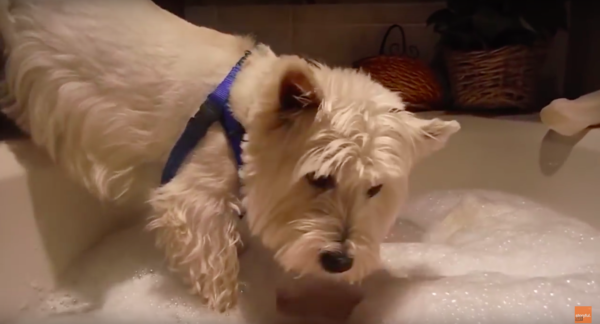 Once she saw him looking into the tub, she started filming. Keenan was very inquisitive and kept peering in at the soapy water, wondering what it was like. First, he got his paws wet to test the waters. But his mom lifted them back up onto the edge of the tub. 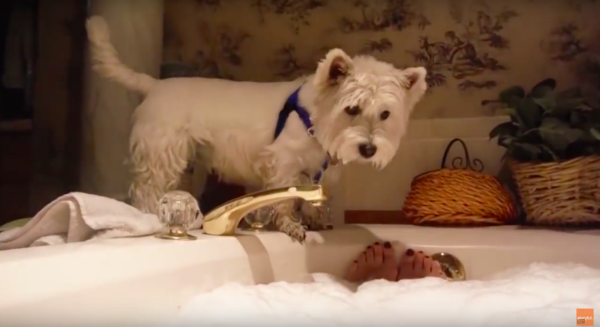 But Keenan didn’t care what his mom said. He’d get into that tub if it were the last thing he did. He walked over to the other side, almost slipping in at one point. Then eventually he falls right into the tub with his owner, with bubbles all over his face. His owner can’t stop laughing at the end, and neither can I! 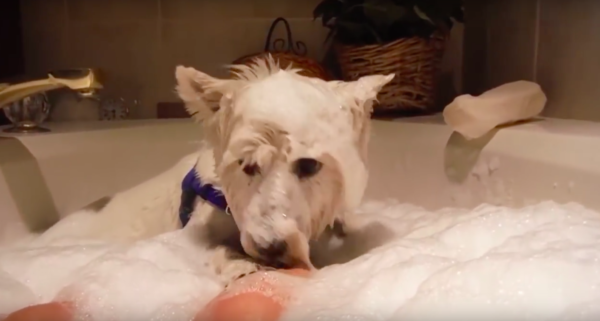 Watch this adorable and pawlarious sequence of events in the video below: