Anyone who has dogs and loves to give them treats and toys as giving gifts is just one of the ways to show that you care. But a California woman has decided to take things to the next level – two stories to be exact – and build her dogs a mega-mansion.

Not only did she build them a doghouse…she constructed a doggy palace! I mean the living room is nicer than the one in my apartment. 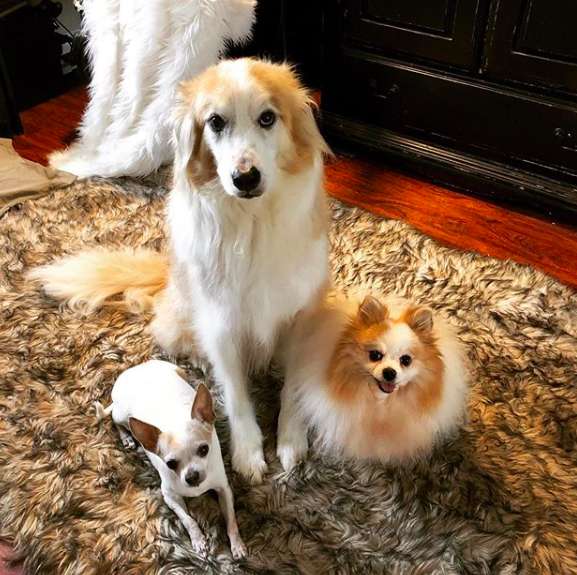 Fuzz, Bruiser, and Marvin are delighted by their new digs – so much so that they never want to leave!

Victoria Palmer was inspired to start the project after tearing down an old backyard shed. Then, she enlisted the help of her father and started to build what would later be known as “Barkingham Palace”.

“My father and I love to do home improvement projects and add things to the house when he comes to town,” Palmer told The Dodo. “I mentioned building a doghouse for his grandpups and the next thing you know we’re framing doors and windows and drawing up plans for the second floor, buying shingles, and we reached ‘carried away level 1000.'” 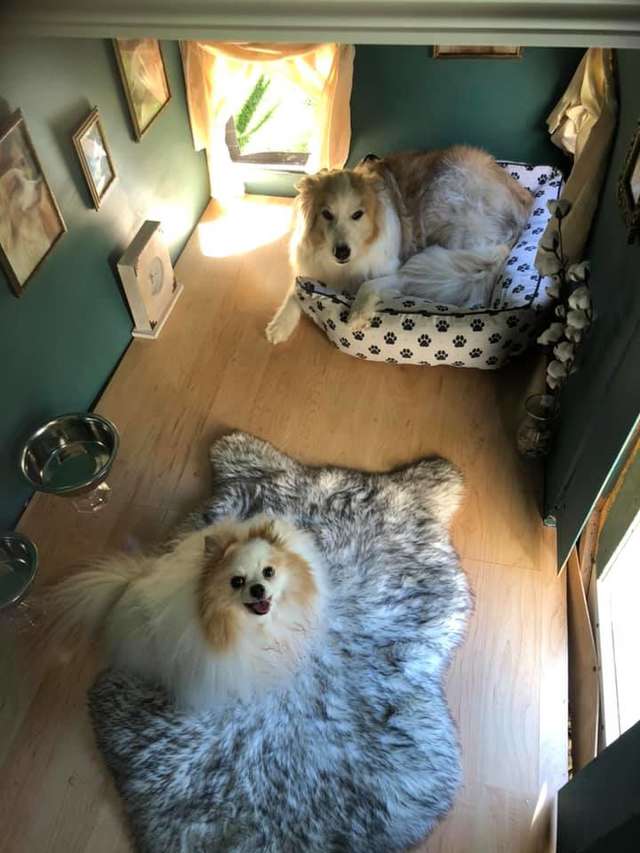 Can you believe that the “dog mansion” comes with two stories? Even when Victoria’s father left to return home, she continued to work on the house.

The mansion has a Victorian theme and she made sure not to leave out any details. According to her, “Bruiser does not come out of it.” 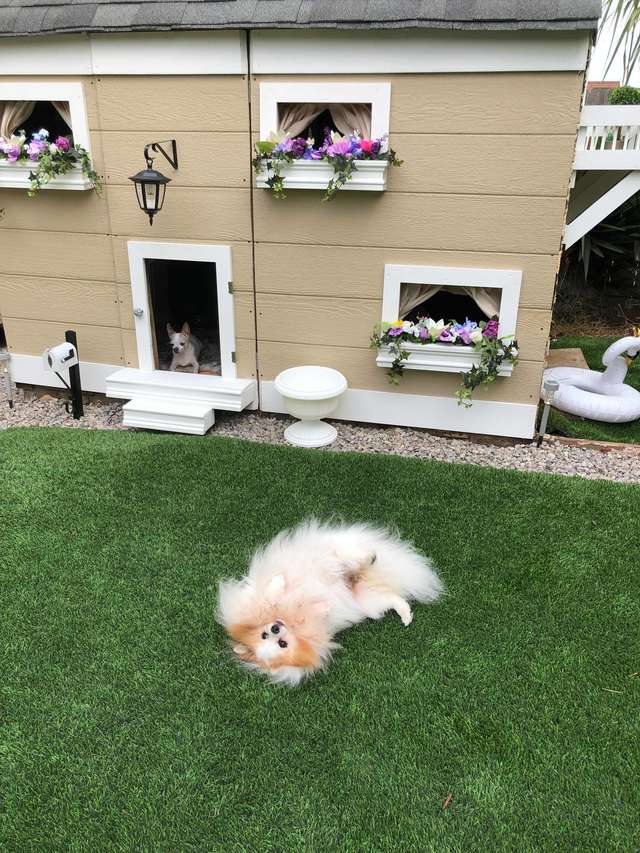 “The portraits up the grand staircase were planned from the beginning because it’s part of that classical manor house style to have regal portraits of all the important people on the walls,” Palmer said. 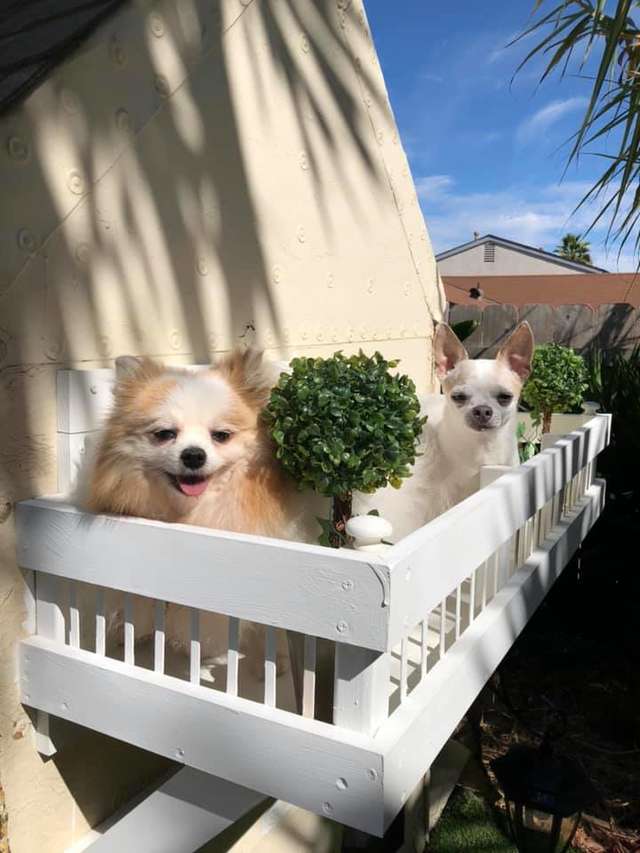