This Feisty Duck Has Chosen A Golden Retriever As His Best Friend, And Now They’re Inseparable

It’s common to see two doggy best friends, or two cats that are friends; it’s not even unusual to see a dog and a cat love each other. But this friendship is a very unlikely one that you don’t see every day.

Golden Retriever Barclay has formed an inseparable bond with Rudy, a four-year-old Pekin duck. Their owner, Pam Ishiguro, has a flock of seven ducks, but there is something special about Rudy that made Barclay get along so well with him. 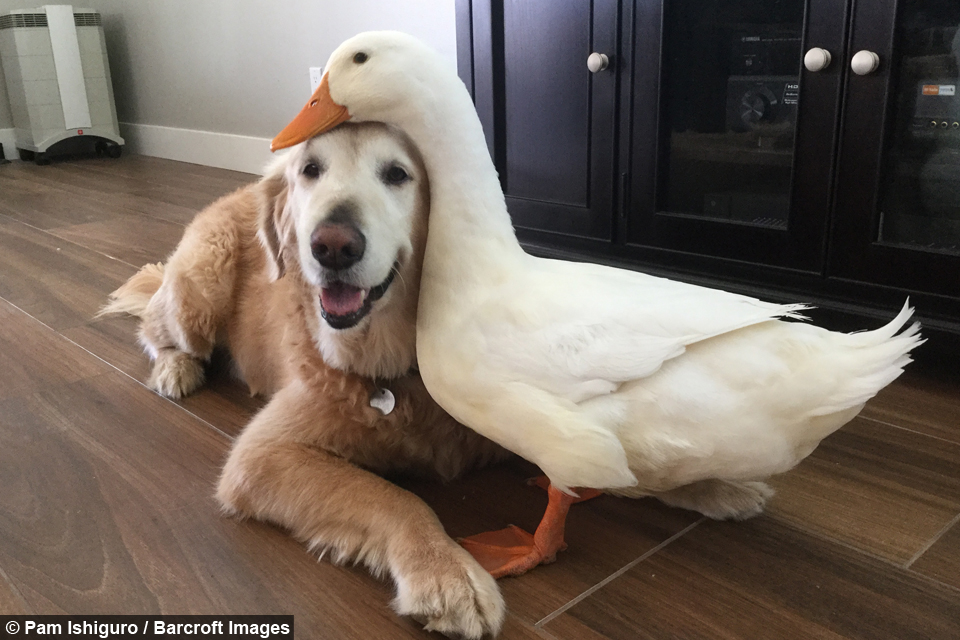 “The animals are much like my two boys – they have a love-hate relationship,” Ishiguro told Barcroft TV. “When they are together, somebody is always chasing or jumping on someone else, but when they are apart, they’re always calling for each other.” 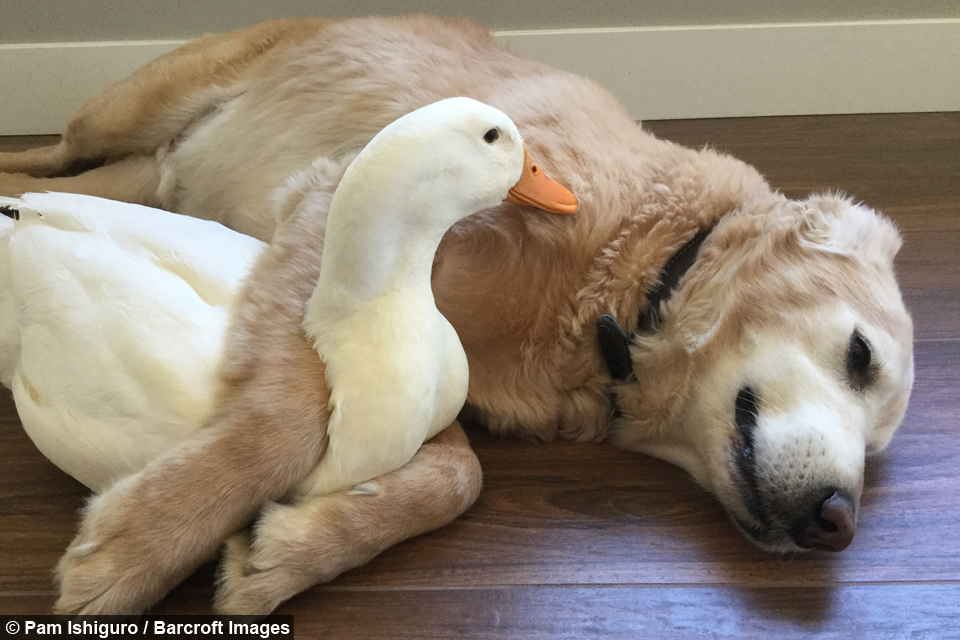 The unlikely pair are always together. Whether it’s walking – or waddling – around the backyard, or relaxing on the couch. 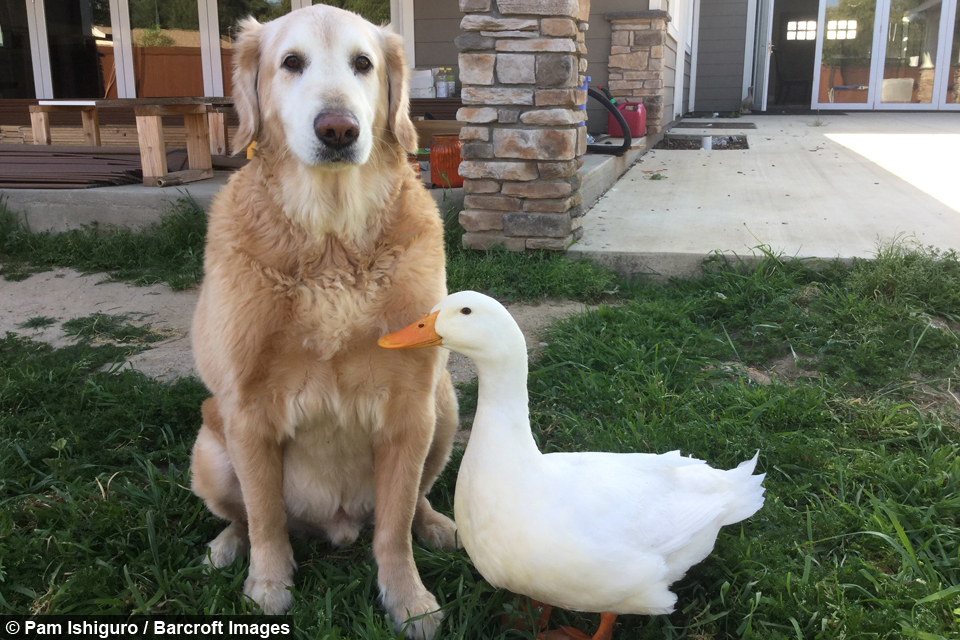 “Now Rudy has to “claim” Barclay every once in a while, by climbing on top of him,” Ishiguro told Barcroft TV. “Barclay doesn’t seem to mind terribly because that gives him the opportunity to sniff Rudy’s butt – win-win!” 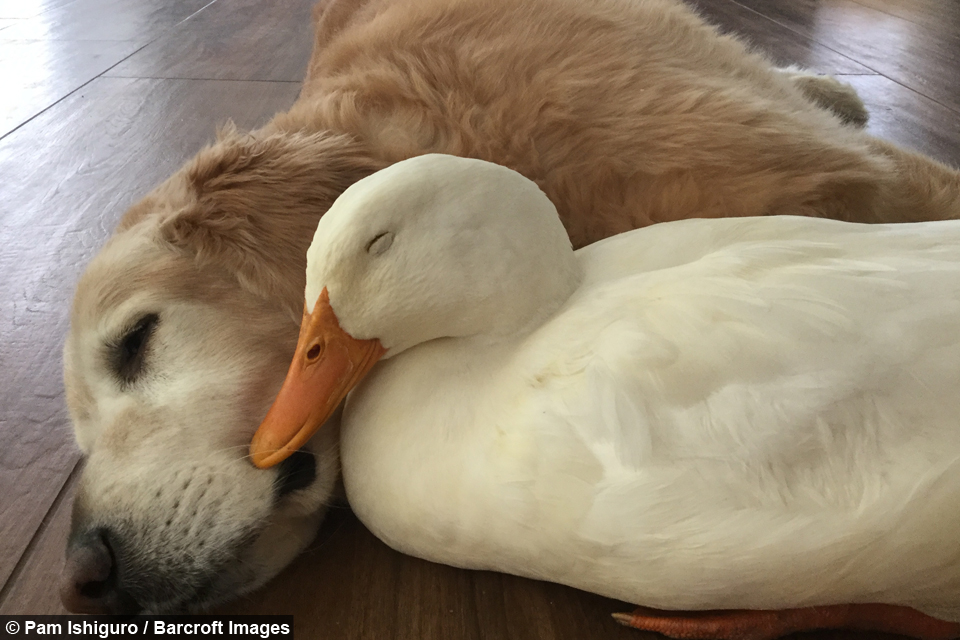 Rudy is very protective of Barclay and isn’t afraid to peck at the other ducks if they get too close to him. 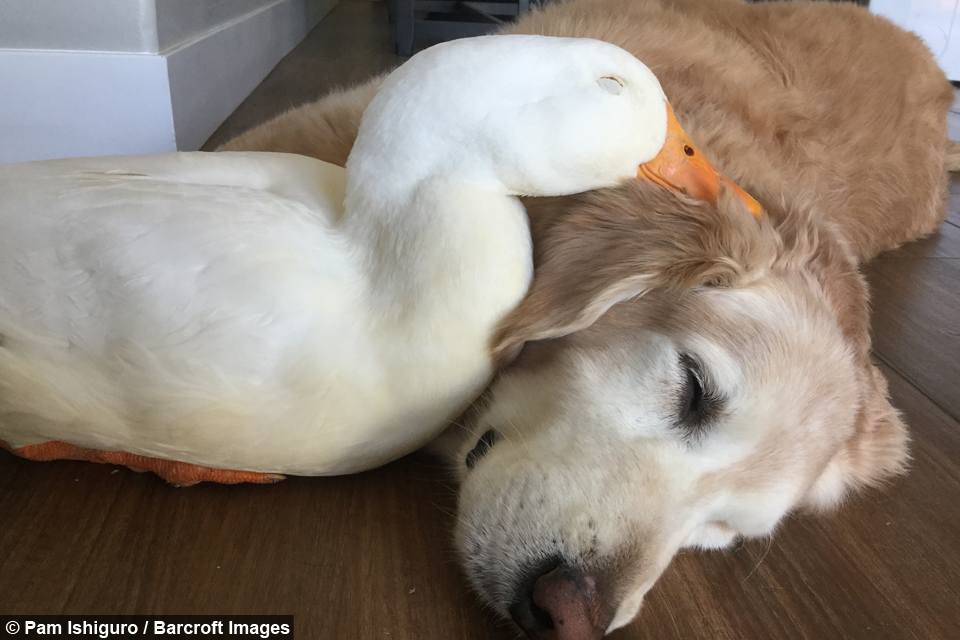 “Rudy and Barclay need each other – I think that’s why they have such a strong bond, they’re like the oddballs on the playground. No one else will play with them, so lucky for them, they found each other.”