A 25-year-old female green sea turtle nicknamed “Bank” was in major trouble for swallowing not one, not two, but 915 coins. The turtle, according to the Associated Press, had an estimated 11 pounds of coins sitting in her stomach. 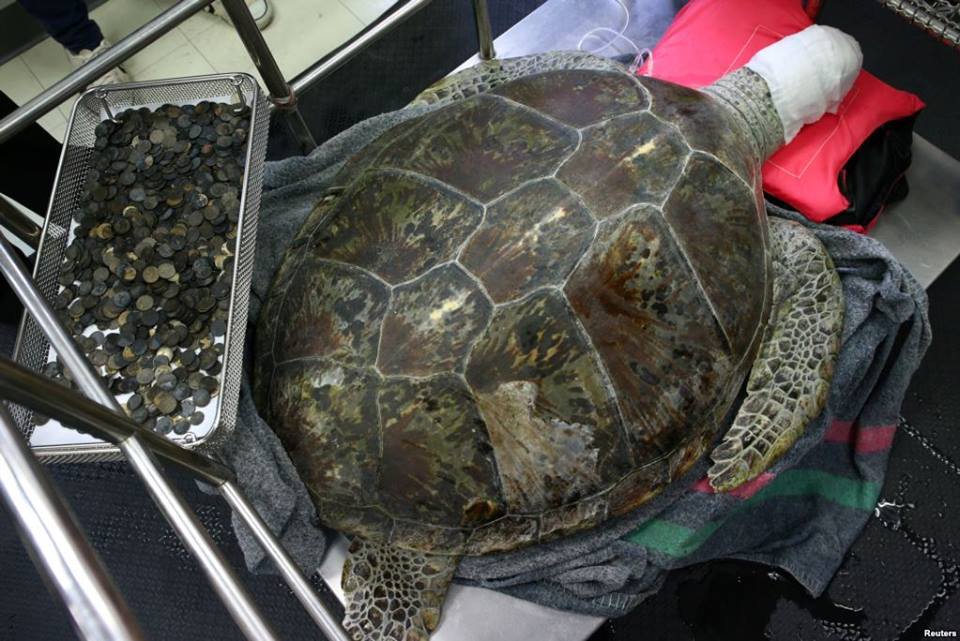 Bank was eating them as tourists tossed them into her pond for good luck. In order to empty the turtle’s stomach, vets had to anesthetize the turtle and perform surgery that took nearly four hours. “We found coins both in her stomach and intestines,” veterinarian Nantarika Chansue told Thai news website Khaosod English. “If we didn’t operate on her then she wouldn’t have been able to eat or defecate, and would have soon died.” Luckily for Bank, the surgery was successful and she is expected to be released into the ocean after she recovers fully.

This poor turtle was on the verge of death, all because people were tossing coins when they were strictly told not to. The next time you toss a coin into a fountain that has marine life, remember that there may not be an immediate effect, but you could be harming marine life down the road.