Dog Found Locked Up In A Filthy 95-Degree Home Was Rescued, Now Helps A Man In A Special Way

A dog named Bandit was found abandoned inside a hot and dirty home, along with a dozen other dogs.

Neighbors reported non-stop barking, and their owner had not even been home for days. Police kept an eye on the house for 30 hours, and after no one showed up, they went inside to rescue the four adult dogs and eight puppies.

The house was in deplorable condition. There were feces all over the floors and the temperature was over 95 degrees. Bandit was locked in a kennel, and none of the dogs had food or water. 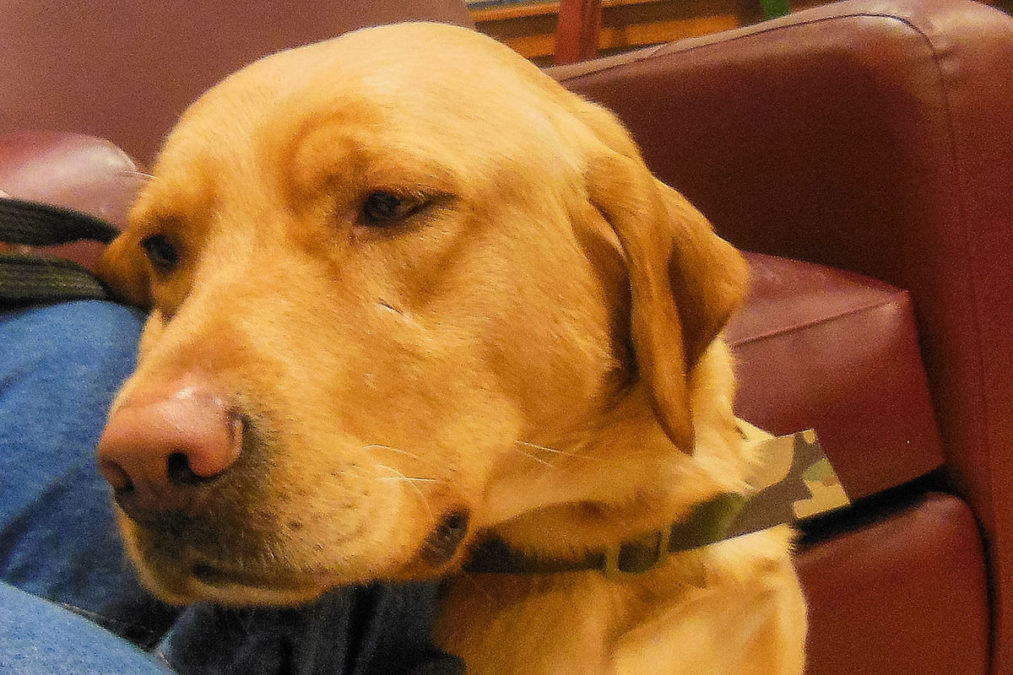 The police rushed the dogs to an animal hospital where they were all treated for dehydration and malnutrition.

Once they were healthy enough, they were all adopted out to loving homes. All of them except for poor Bandit. He had trouble finding a home because he apparently had shown aggressive tendencies toward other dogs.

That’s when a woman named Kathryn Smith stepped in to help. Smith works with the Mending Spirits Animal Rescue and usually fosters dogs like Bandit who have trouble finding homes. She is also a dog trainer who trains service dogs for veterans and children with disabilities, and agreed to work with Bandit. 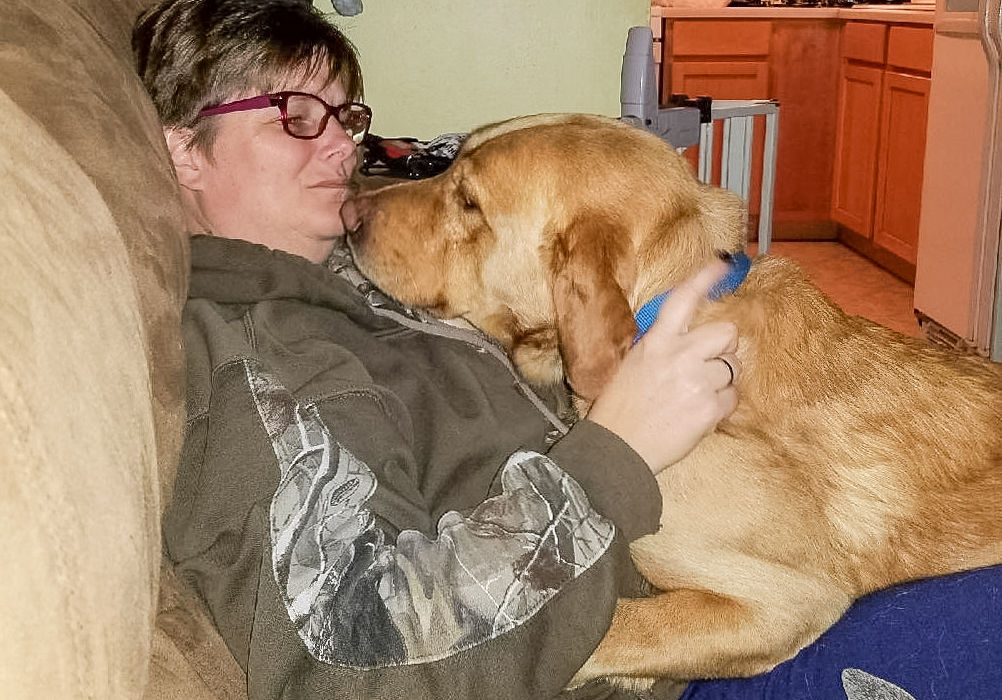 But it turns out that Bandit was not aggressive at all. He snuggled right up to Smith’s other dogs and was very well-behaved. After spending a lot of time with Bandit, Smith knew that he would make a perfect service dog.

With the help of Take A Vet Fishing, Smith has found a veteran in Wisconsin who is struggling with PTSD and would benefit greatly if paired with Bandit.

Over the course of the next few weeks, Smith will work closely with Bandit, teaching him the essential skills he needs to know to help his future owner as he struggles with his PTSD. Bandit should be ready to become his service dog by early next year. 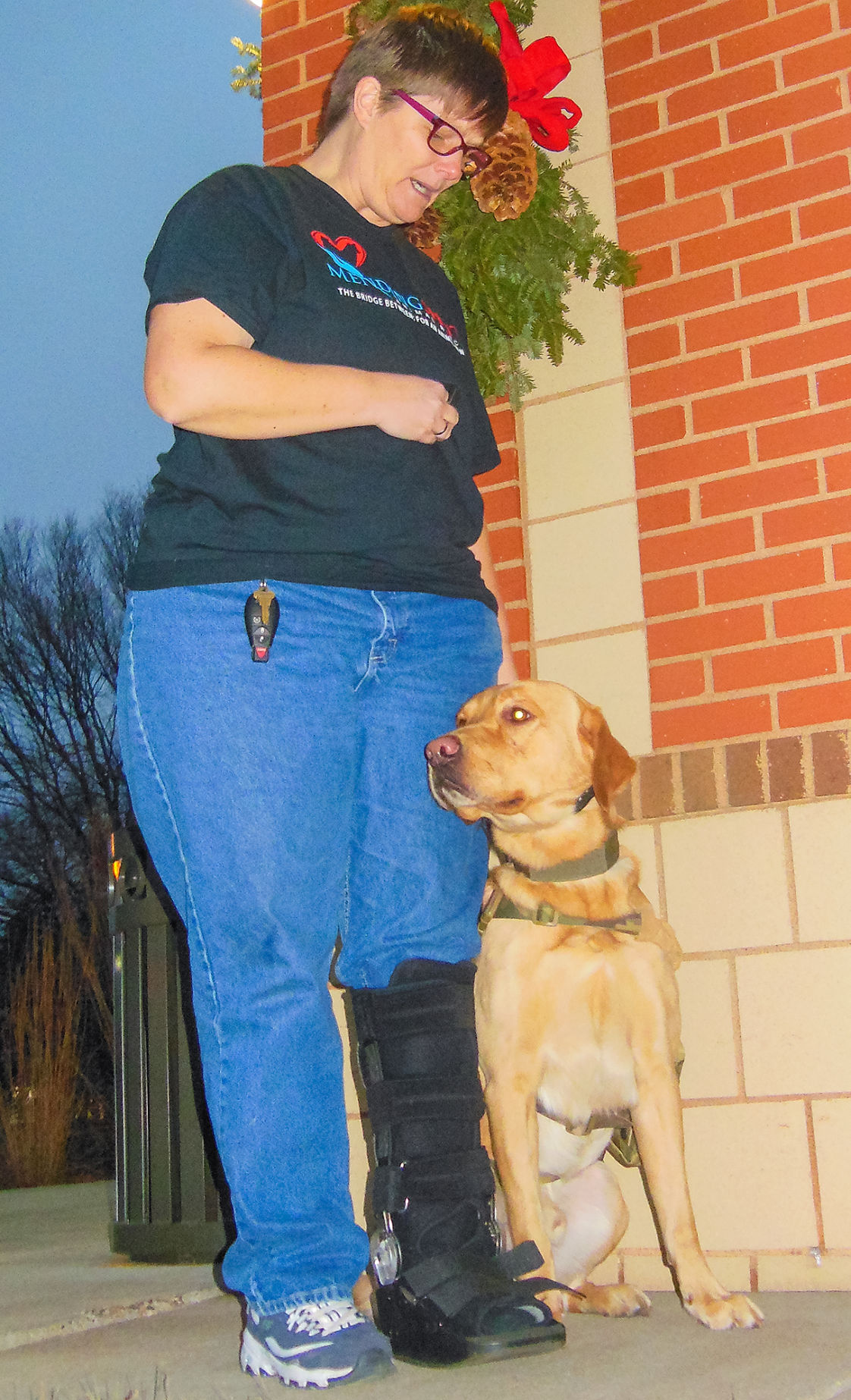