Sadly, Bandit is just one of many dogs who spend their days behind bars at kill shelters, getting fed just enough to survive. And before long, they are euthanized and never get a chance to live a happy life. They don’t get to play like normal dogs, they don’t receive love, and some have never even felt what it’s like to sleep in a bed.

Thankfully for Bandit, he was one of the lucky ones who got to escape the horrible life in a kill shelter. He now gets to live out the rest of his life in his new furever home! 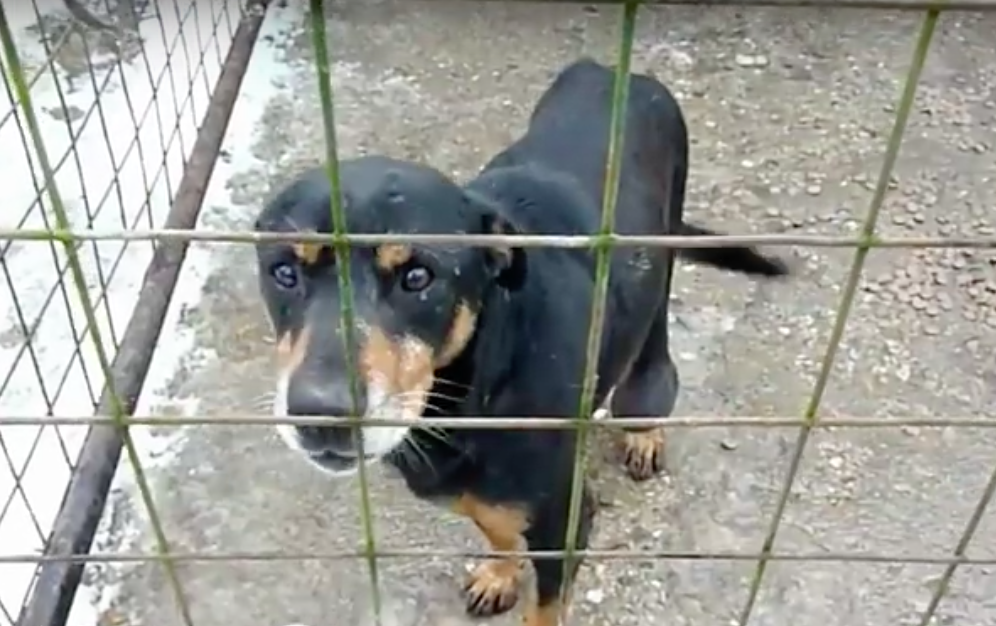 Bandit, a senior dog, was at a high-kill shelter in Romania and was rescued by Howl Of A Dog, a nonprofit animal rescue organization. Bandit had a large tumor on his leg, causing pain and making it difficult for him to walk. Once rescued, he received surgery to remove it and has since recovered very well from it. 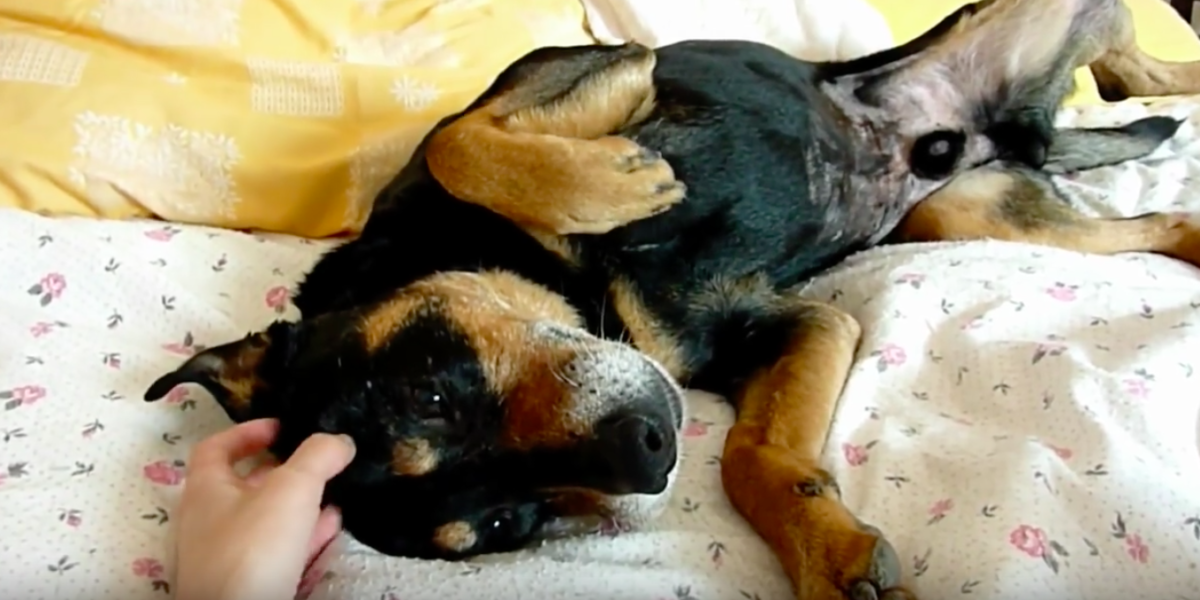 Now Bandit gets to live like a normal dog and experience things for the first time that many pups take for granted, like the feeling of soft blankets and rolling around in the grass. I’m so happy that HOAD saved Bandit from such horrible living conditions!