She Wasn’t Planning To Rescue A Dog. Until She Heard A Neighbor Threaten To Take One Into The Desert And Shoot It.

Crystal Arnold might have never met Bam-Bamm were it not for a neglectful neighbor, a dog-loving daughter, and a camping adventure gone wrong.

Bam-Bamm’s mother was found running loose around a campsite, where she was hit by a car and then taken home by sympathetic campers. But because Mom wasn’t spayed, she quickly became pregnant. One puppy was re-homed. The second was taken by coyotes. The third, Bam-Bamm, continued to live with the family and their other dogs, even after his mother disappeared. 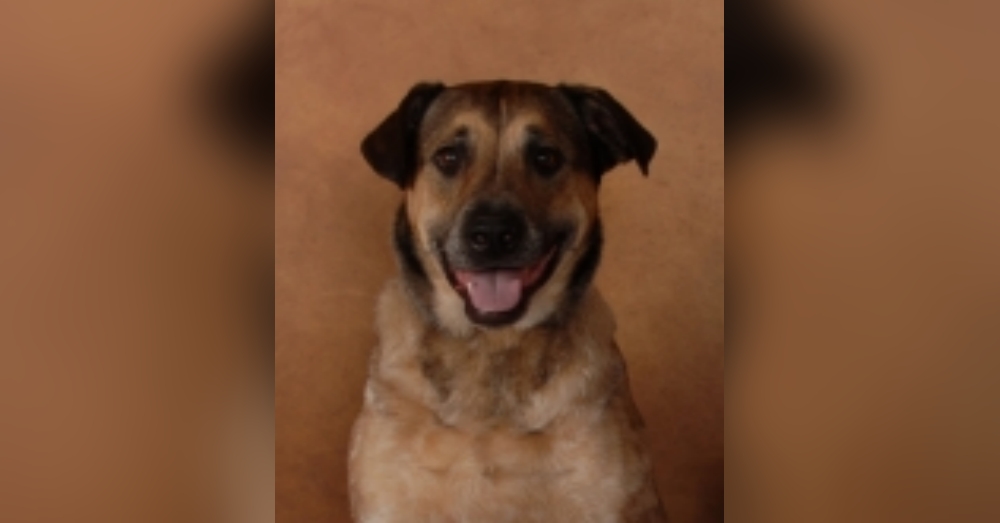 At first, the young dog seemed to be doing well. He was neutered, happy, and perfectly healthy, with the exception of battling ongoing allergies that manifested in his ears. But in 2006, Bam-Bamm suddenly became very ill, so much so that a worried neighbor reached out to Crystal’s family over Memorial Day Weekend.

“She had gone to check on Bam-Bamm,” Crystal told The Animal Rescue Site, recalling the woman’s frantic efforts to contact the sick dog’s owners, who were traveling for the holiday weekend. The neighbor didn’t want the family’s young daughter to come back into the house and find her dog suddenly deceased. 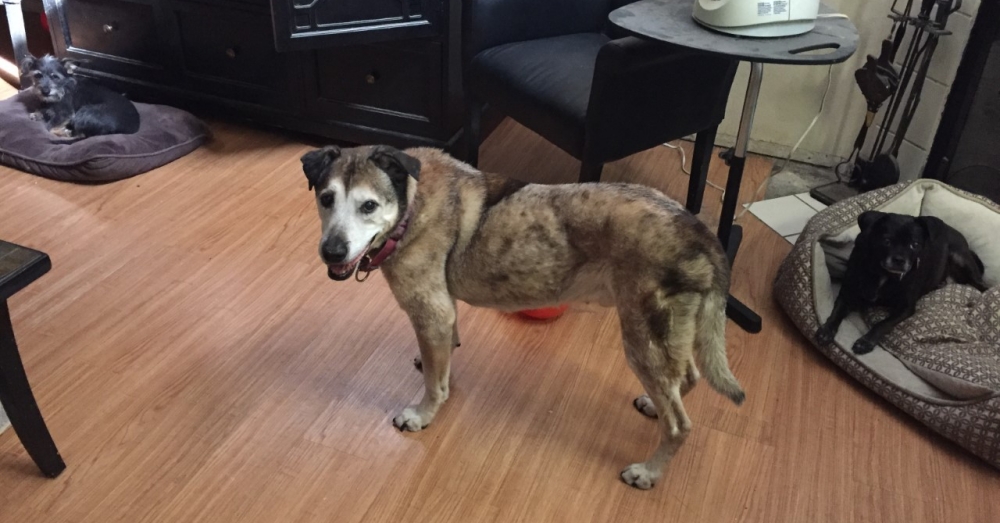 Crystal’s daughter was friends with one of the family’s older children and managed to contact the dog’s owners by phone. Unfortunately, their conversation wouldn’t allay anyone’s fears about Bam-Bamm’s future health and well-being.

“When talking with her friend, she could hear the friend’s father in the background indicating that he was tired of dealing with a sick dog,” Crystal says of her daughter’s conversation. “When they got home, [the father] was going to take [Bam-Bamm] out into the desert and shoot him.”

Crystal and her daughter rushed to go check on Bam-Bamm, who looked as ghastly as the neighbor had reported. “My daughter begged me to go with her to check on the dog,” Crystal remembers of that fateful day. “When we got there, I could not believe what I saw.” 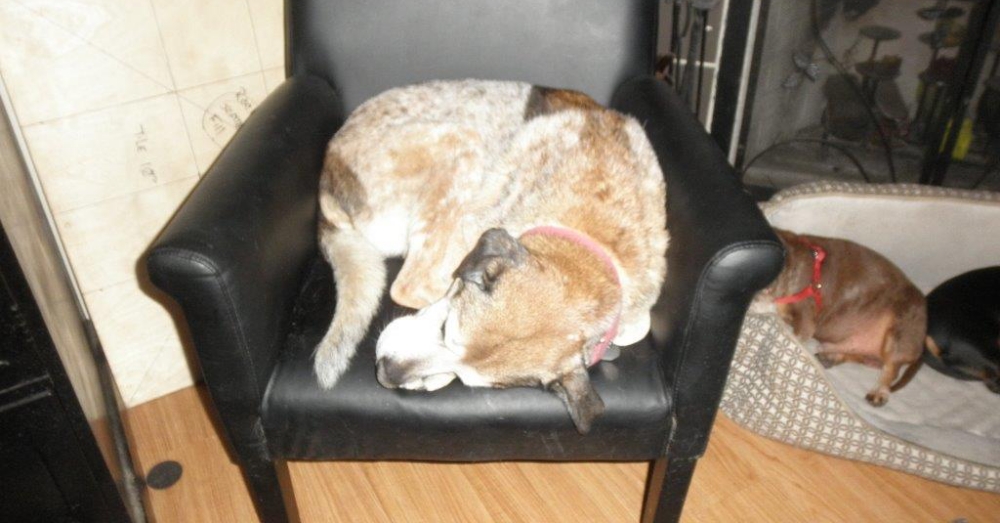 The young dog was severely underweight. He was so weak that he could barely walk. Meanwhile, his muzzle was filled with so much congestion that mucus was seeping out of his eye ducts.

Crystal immediately called the dog’s owner to ask if she could take Bam-Bamm back to her house. After some discussion, the man agreed. But he also described Crystal’s intention to nurse Bam-Bamm back to health as “a losing battle,” adding that “I could just pay the man the 10 cents for the bullet instead of paying a vet to put the dog down,” she remembers.

Bam-Bamm was so weak that Crystal and her daughter had to carry him to the car. “He was so bad off that I truly thought we were only taking him away to have him euthanized,” Crystal admits. “I did not see how he could pull back from the extremely poor condition he was in.” 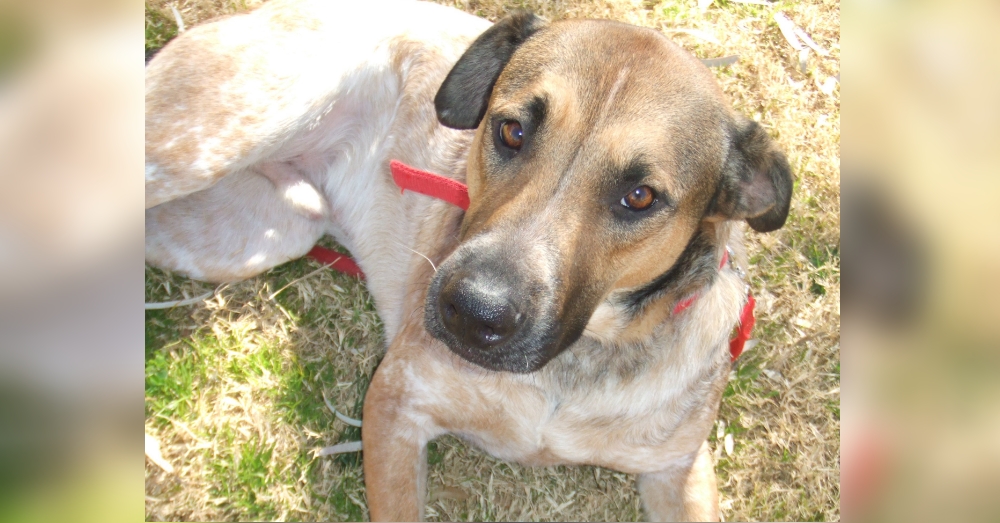 Back at their house, the pair carried Bam-Bamm inside and offered him food and water. When the dog refused to drink, Crystal used a syringe to force water and Gatorade down his throat in an effort to restart his system. After hydrating the sickly creature, mother and daughter next tried to clean out Bam-Bamm’s muzzle. “He was unable to breathe through his nose,” Crystal remembers. “The congestion was so bad.”

That night, Crystal slept with Bam-Bamm, which seemed like the best way to monitor the dog’s condition and prevent further distress. “He slept in the crook of my arm all night,” she remembers. The next morning, Crystal and her daughter carried the dog to the vet, expecting medics to suggest the kindest thing would be to just put the animal down. 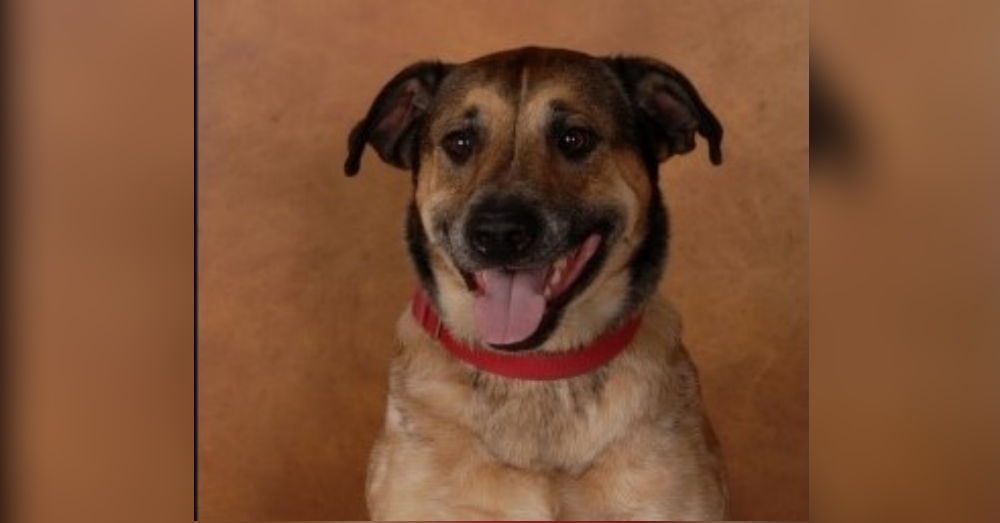 Instead, the vet opted run some tests, suspecting liver or kidney failure, or perhaps Valley Fever, a common lung affliction affecting canines living around Mesa, Arizona. While they waited for the results, Crystal took the dog back to their house to keep him comfortable and fortified with liquids and emulsified foods.

That night, Bam-Bamm started throwing up, which initially didn’t seem like a good sign – until he vomited a 12-inch long roundworm. This led the vet to prescribe a three-day course of worm medicine. In a short period of time, Bam-Bamm seemed like a completely different dog, with a playful, active demeanor and a voracious appetite, to boot. Within two weeks, the dog had gained close to 15 pounds. 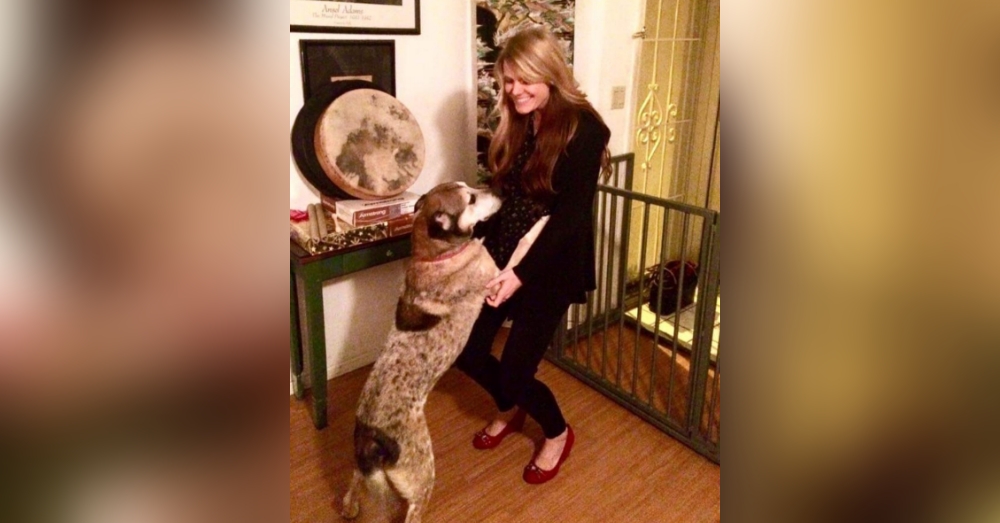 “All he needed was $13.00 in worm medicine,” Crystal says of Bam-Bamm’s swift recovery. “Instead, he was neglected and left to starve and suffer while his “family” watched. I do not believe he would have survived more than a couple of more days without intervention.”

Thirteen years later, Bam-Bamm is still a “a happy, goofy boy who loves nothing more than to give puppy hugs and have his belly scratched,” Crystal says, even if hip issues and general aging prevent the 15-year-old pooch from running and playing like he used to. “He reminds me every day that you must appreciate the simple things in life because they are the most important and the most precious,” she says, describing the now-white-whiskered canine as her “papa bear” dog. 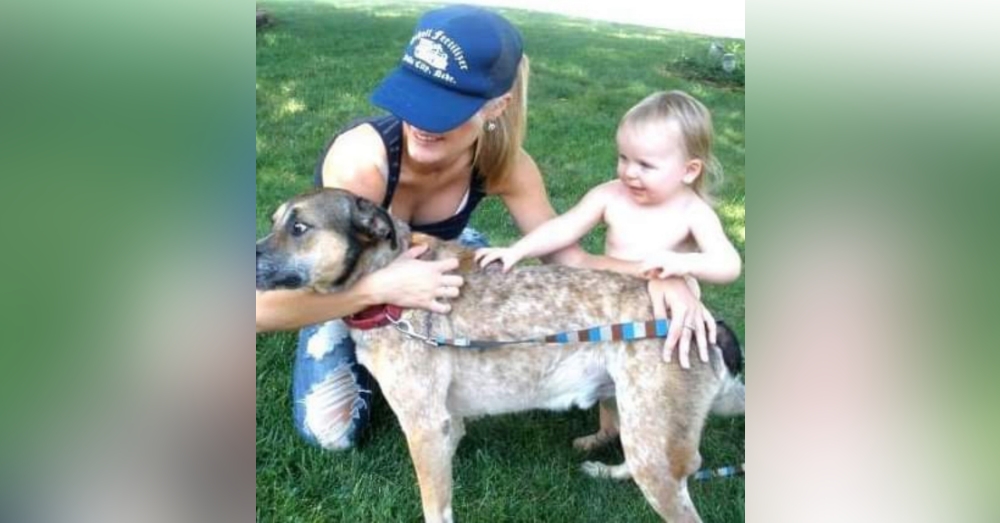 The nickname is especially apt because Bam-Bamm’s sweet demeanor also inspired Crystal to start fostering dogs in 2010. Since then, Crystal estimates (conservatively) that Bam-Bamm has shared his home with more than 100 foster dogs.

“Bam-Bamm has been one of the absolute best dogs I have ever been fortunate enough to be a guardian for and to share my life with,” Crystal says. “He shows me every day that each day is something to be enjoyed with those you love, human or canine or other.”