Mechanic Saves a Puppy Stuck in a Backpack in a Dumpster

Almost every day, there are cases of abandoned dogs. The case usually ends with the dog surviving after being rescued or dying due to neglect. People shouldn’t have the audacity to leave dogs in an unsafe place. There is always an option of bringing them to a rescue center or giving them to someone who can take the responsibility. If it weren’t for a mechanic from Shakopee, Minnesota, one dog could’ve died from abandonment and neglect. 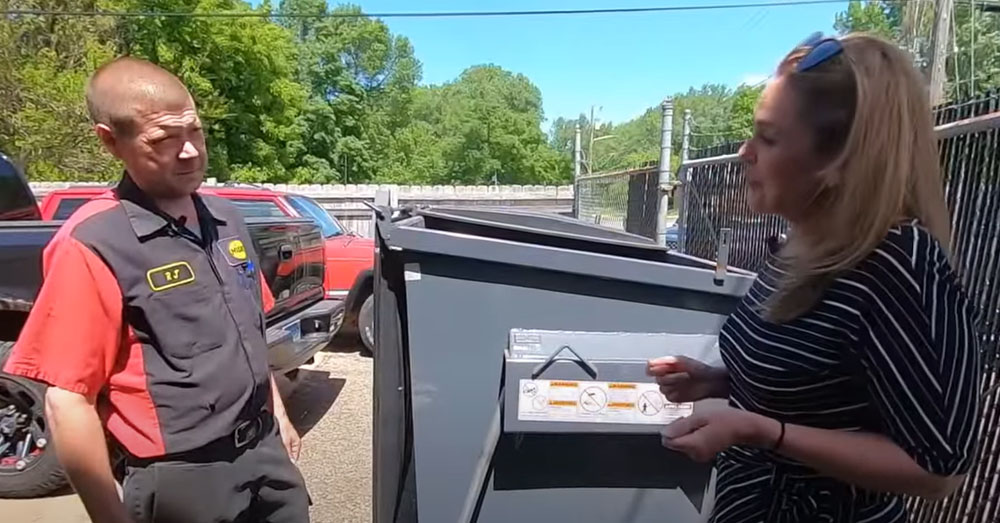 A mechanic named R.J., who works at Midas auto shop, was able to save a puppy inside a dumpster. R.J. heard a noise from the dumpster — a thump that he thought was a raccoon. But his curiosity got the best of him. From the back of his mind, he really needed to look at what was inside. When he peeked inside the dumpster, the first thing he saw was a backpack. It was moving, but he couldn’t comprehend what it was. No sound was coming from it. To answer the mystery, he carefully opened the bag, and a poor puppy appeared.

“I opened it up, and the dog literally slowly lifted its head and looked up, and I didn’t even know what to say. I just about started crying there,” said R.J.

The dog was fortunate, as he was dumped exactly after trash pickup. But he was left there with nothing to eat or drink — plus, it was hot inside the backpack. If the dog wasn’t found, he might have never survived. Aside from the puppy, there was a fake grill and a couple of baggies in the dumpster — which are not enough to determine the dog’s previous owner. R.J. was there at the perfect time and named the dog Midas. The mechanic had to come up with a name to bring him to the vet. 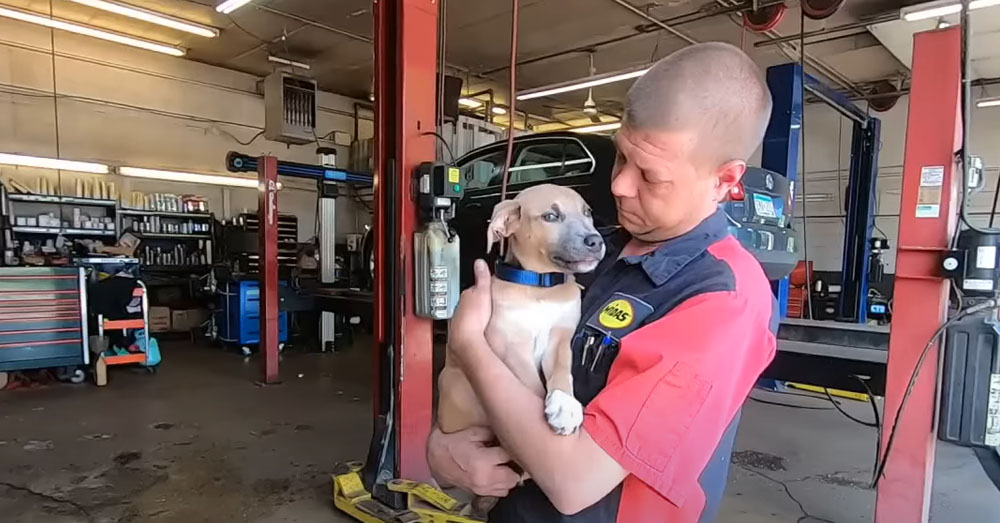 The vet shared that Midas showed signs of abuse at the medical checkup. The poor dog has a fractured jaw and bacterial infection in his lungs. Midas has been provided with proper medical attention for his current health condition. According to R.J., he is willing to adopt Midas — unless he was stolen and his real owners are nice people. He would not hesitate to let go of the dog if he was in safe hands. R.J. definitely fell in love with Midas at first sight though, and what happened was a blessing in disguise.

This situation is a reminder that humans have no right to dump dogs or any animal like trash. Canines are living beings that deserve a nicer life and must not be given the bare minimum. The Shakopee Police Department also made a statement about animal neglect, saying, “Though this story had a happy ending, it could have gone a lot differently. If you’re a pet owner who needs to surrender an animal, we encourage you to do it humanely. With social media and the internet at our fingertips, there is no shortage of options for finding a person willing to rehome your pet. Please be kind to our animal friends!”