A Group Of Guys Were Celebrating At A Bachelor Party, When Strangers Chose To Join In On The Fun 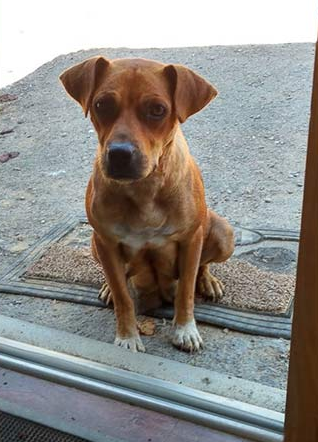 However, the guys quickly figured out where that milk went. When they opened the door to invite the dog in, they noticed the dog protecting a spot in the woods. That spot was where they found seven of her puppies. Although the pups were covered in dirt and fleas, Craddock said that all the pups were in very good health. “Every single one had a big fat belly on them. The mom had given the pups literally everything she had,” he told ABC News. Craddock and his party decided to adopt all eight dogs, which is definitely not what they thought they’d be doing before the weekend started. 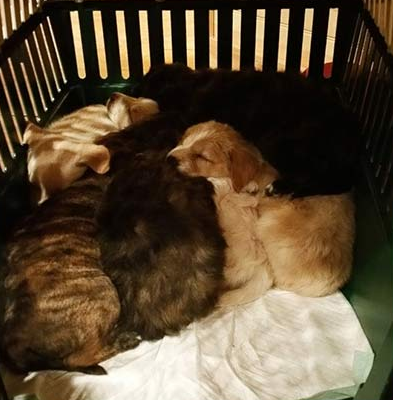 “We pooled a bunch of money to buy food and beer. After the third day, our beer fund turned into puppy food fund,” Craddock said. Although the rambunctious activites of bachelor weekend may have been changed, Craddock said he wouldn’t have changed it for the world. “I proposed to her with our chocolate lab, and now it’s our joke that for any of our big life events, we’ll get a dog.” Even though he didn’t tell his wife about bringing a new addition home, it’s no surprise that she was more than ok with the new bundle of joy!