Zebras still roam free through the grasslands of Kenya. The herbivores spend their days grazing and will travel over 24 miles in search of food and water. They can live up to 25 years in the wild, if they avoid snares setup by poachers.

A baby zebra in Kenya became entangled in a snare with wire wrapped tightly around its neck and legs. Kevin and Rarin found the distressed zebra near their farm and immediately went to get a tool to cut the wire.

They believe the zebra ran into the snare down by the river and then dragged it back to where they found it. 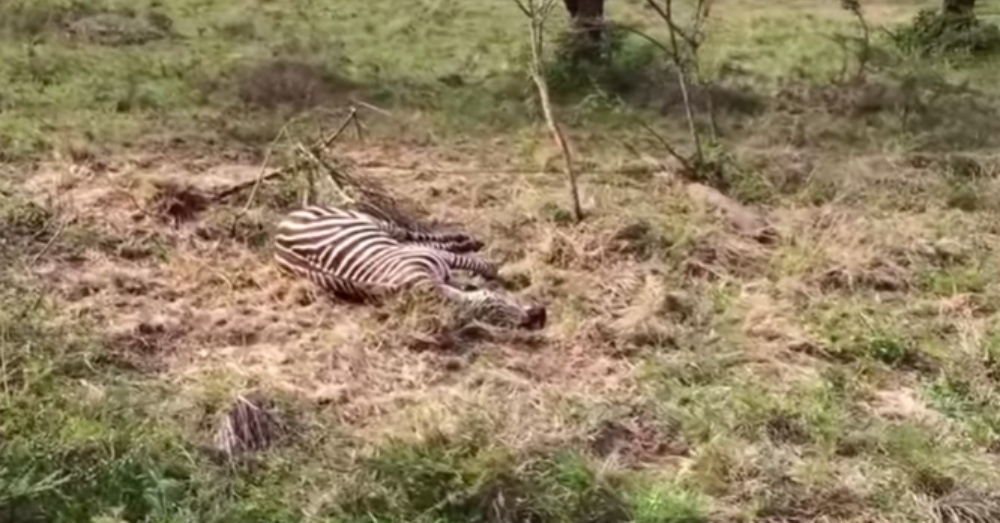 Rarin tried to comfort the frightened zebra by talking to it and keeping her distance. Kevin returned with a pair of snippers and slowly approached the baby. He carefully cut the wire around the zebra’s neck and then cut the wire wrapped around the animal’s legs. 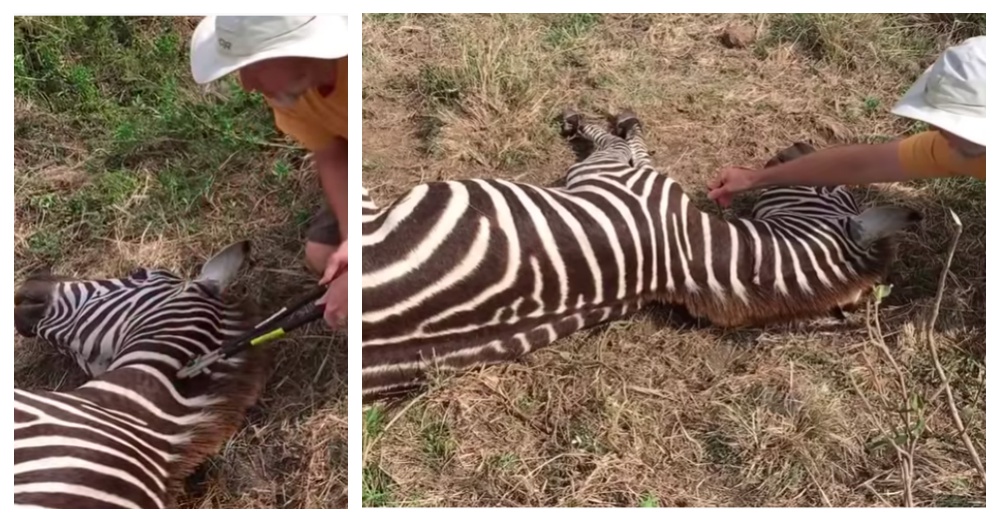 The baby must have sensed that they were there to help because it remained still the entire time. After all the wire was cut away, they encouraged the zebra to get up. They hoped that the animal was not seriously injured.

“Don’t give up,” said Rarin. Kevin gently rubbed the zebra’s neck, giving it time to recover. 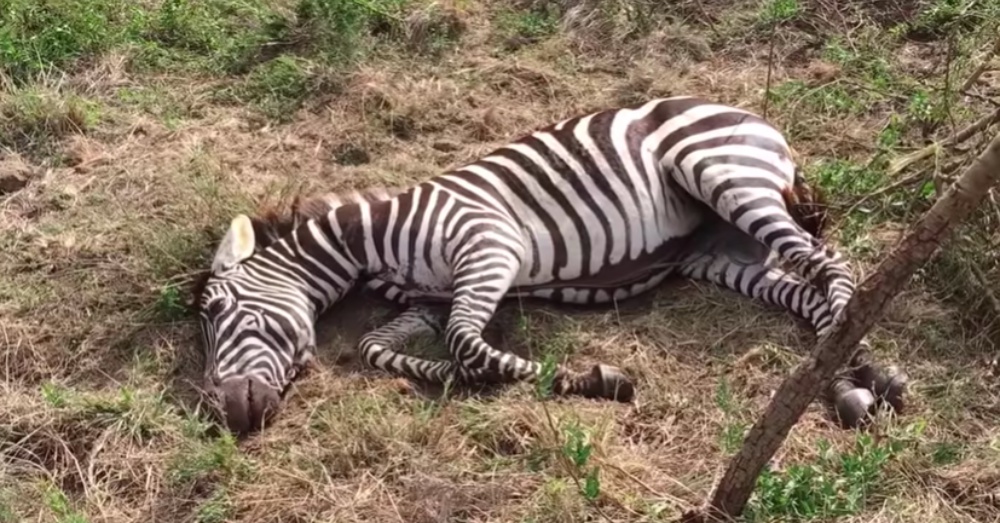 The zebra eventually regained its footing and ran off. Hopefully, it was not permanently harmed by the snare and will live a long life. 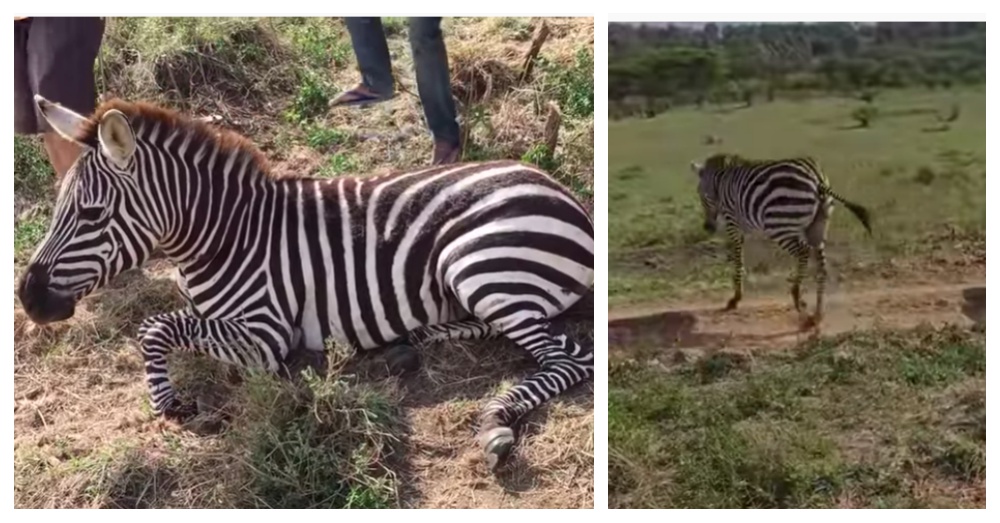 Zebras, elephants, and many animals become trapped in the wire and are unable to escape. Multiple animal organizations are working to end snares in Kenya and spend their days searching for trapped animals. Mara Elephant Project said, “An estimated 90% of animals caught in snares will be left to rot in the bush or are severely wounded to the point that they are no longer able to feed or hunt, condemning them to a short life of pain and starvation.”

Groups are working with locals to show them ways to make money by conserving the animals instead of killing them. Nairobi-based Africa Network for Animal Welfare is working with local communities to set up wildlife conservancies and hires people as “wildlife guardians”.

“They patrol the land—to make sure poaching does not take place and the migratory routes are kept open,” said Josphat Ngonyo, ANAW’s executive director. “It’s a way of giving them a job, but it’s also the ownership. Communities feel they are benefiting from it.”